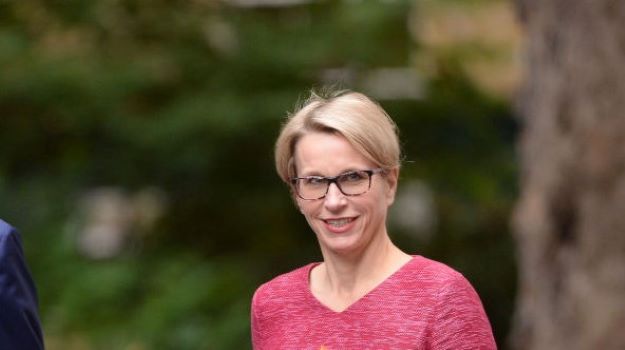 GlaxoSmithKline Chief Executive Officer Emma Walmsley’s leadership may be facing some contentious opposition from key investors who could be interested in forcing a management change following Wednesday’s planned investor update.

The U.K.-based pharma company is expected to announce plans to increase pharma-related research and development spending ahead of the company’s planned split next year, which will see the separation of the pharma and consumer health businesses. As Reuters reported, GSK’s share price has fallen 14% over the past year, which has created dissatisfaction among some key investors, including activist investor Elliott Management.

There is a consensus among analysts that both business units at GSK have underperformed. Over the past month, Elliott Management has been reportedly reaching out to key GSK investors suggesting a change in leadership is in order ahead of the planned split.

Walmsley has helmed GSK since 2017. She took over the reins of the company after managing GSK’s consumer healthcare division for the previous two years. Before that, Walmsley spent 17 years at L’Oréal, where she held several managerial positions, including overseeing the company’s consumer products division in China. According to The Mail, Walmsley does not have a scientific background, which may be one of the sticking points for Elliott.

During the investor meeting, Walmsley is expected to spell out how the split will occur and what kind of resources will be allocated to each unit. The consumer health business is expected to launch with significant debt, much higher than the pharma business. Reuters said the company has also said dividends will be cut from next year to reinvest in the pharma pipeline ahead of the split.

While GSK has been the world’s biggest vaccine maker, it has not developed its own vaccine for COVID. Instead, it struck numerous deals for the use of its adjuvant technology. Ahead of the split, a significant amount is riding on the results of pending clinical studies.

This morning, GSK and Vir Biotechnology announced final results from the Phase III COMET-ICE study assessing an investigational COVID-19 antibody. Data from the study showed the antibody sotrovimab significantly reduced the risk of hospitalization or death among high-risk adult outpatients with mild-to-moderate COVID-19.

GSK also reported the National Institutes of Health updated its treatment guidelines to recommend sotrovimab for non-hospitalized patients with mild-to-moderate COVID-19 who are at high risk of clinical progression. Additionally, the NIH noted that sotrovimab appears to be effective against current viral variants of concern.

Data from the Phase III study showed that 79% of patients treated with sotrovimab saw a reduction in the need for hospitalization by more than 24 hours. GSK and VIr noted that there is some evidence to suggest that patients who needed to be hospitalized longer than 24 hours had other issues that concerned physicians, such as small bowel obstruction, lung cancer, and diabetic foot ulcer.

The companies plan to submit the full COMET-ICE data set to a peer-reviewed journal for publication.

Additionally, there is significant hope for its cancer drug Blenrep hitting endpoints, as well as drugs in development for kidney disease and urinary tract infection. Positive outcomes could signal what happens management-wise when the split occurs.