Presented as part of the Presidential Symposium at the 27th Annual Meeting of the European Hematology Association, the findings showed that subcutaneous doses of epcoritamab induced a 63% overall response rate (ORR) among LBCL patients who had been treated with at least two prior lines of anti-lymphoma drugs. Moreover, 39% of this patient group achieved a complete response (CR) with epcoritamab.

Meanwhile, patients who had previously received CAR T-cell therapy reached a 54% ORR and 34% CR. The response was slightly better in patients naïve to this treatment, with an ORR and CR of 69% and 42%, respectively.

Epcoritamab is being developed by the two companies as part of a broad oncology collaboration. 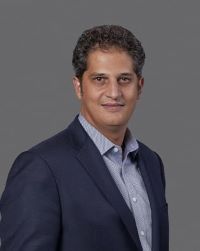 “The data presented suggest that epcoritamab has the potential to provide patients living with LBCL an accessible, effective treatment with a safety profile that may fulfill an unmet need,” Dr. Tahi Ahmadi, M.D., Ph.D., executive vice president and chief medical officer at Genmab, said in an email to BioSpace. “We are excited about the potential of epcoritamab to treat LBCL and help more patients achieve remission with a chemotherapy-free alternative, especially for those whose disease does not respond to the standard of care.”

EPCORE NHL-1 is an open-label, multi-center trial evaluating the safety and preliminary efficacy of epcoritamab. Results presented at EHA were from EPCORE’s phase 2 expansion part, which included 157 patients with relapsed, progressive or refractory CD20+ LBCL patients. At baseline, 61% of patients were refractory to a previous primary line of treatment, 39% had received CAR T-cell therapy and 20% had undergone autologous stem cell transplantation.

The partners also presented additional efficacy outcomes at EHA. Over 10.7 months of follow-up, the company estimated a 12-month median duration of response (mDOR). Of note, mDOR was not reached in patients who achieved CR, of whom 89% were still in CR at the 9-months follow-up.

Epcoritamab also showed a manageable safety profile that was consistent with previously released findings. Most treatment-emergent adverse events occurred early during treatment and were successfully resolved. Common grade 3 or 4 side effects included neutropenia, anemia and thrombocytopenia.

LBCL is a fast-growing cancer that develops in the lymphatic system and targets B-cell lymphocytes, a type of white blood cell. Generated using Genmab’s proprietary DuoBody platform, epcoritamab can bind to both the CD3 protein on cytotoxic T cells and CD20 on the afflicted B cells. In turn, the bispecific antibody facilitates the T cell-mediated destruction of the malignant B cells.

With this newly released data, Genmab and AbbVie are planning next regulatory steps.

“We plan to discuss the data presented at EHA with U.S. and global regulatory authorities to determine next steps, including potential regulatory submissions,” Ahmadi said, adding that a Phase III trial is currently underway to assess the drug’s efficacy as a monotherapy in patients with relapsed/refractory diffuse LBCL.