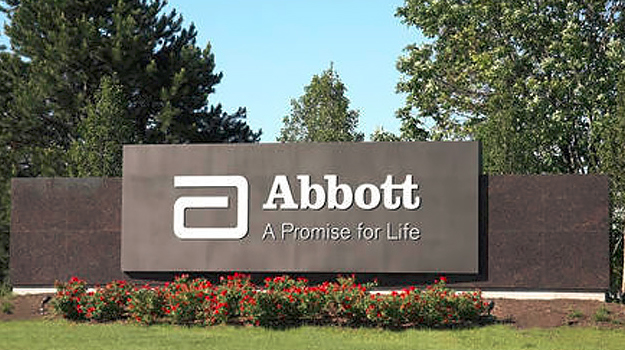 Abbott’s new point-of-care test for the novel coronavirus that causes COVID-19 was approved by the U.S. Food and Drug Administration (FDA) under Emergency Use Authorization (EUA). This joins Abbott’s RealTime SARS-CoV-2 test which was approved under a EUA earlier this month, as well as a growing list of companies whose diagnostic tests are being approved for emergency use, including PerkinElmer, Roche, LabCorp, Quest Diagnostics, Truvian Sciences and others.

This new Abbott assay can deliver positive results in as little as five minutes and negative results in about 13 minutes. It runs on the company’s ID NOW platform, which can be used in a variety of settings because of its size and portability. About the size of a small toaster, the ID NOW platform weighs 6.6 pounds and is already a widely available molecular point-of-care testing platform in the United States.

The Abbott ID NOW platform was first launched in 2014. It is used as a molecular point-of-care platform for Influenza A and B, Strep A and RSV tests.

“The COVID-19 pandemic will be fought on multiple fronts, and a portable molecular test that offers results in minutes adds to the broad range of diagnostic solutions needed to combat the virus,” said Robert B. Ford, president and chief operating officer of Abbott. “With rapid testing on ID NOW, healthcare providers can perform molecular point-of-care testing outside the traditional four walls of a hospital in outbreak hotspots.”

The previously approved Abbot m2000 RealTime SARS-CoV-2 EUA test runs on a different system, the m2000 RealTime System. Between the two platforms, Abbott believes it can offer about 5 million tests per month. Abbott says the new test will be available next week and be able to run 50,000 tests per day.

The FDA has created a COVID-19 Diagnostic Tests Hotline for test developers and laboratories who have questions about the EUA process or who identify shortages of testing supplies. They also have a toll-free 24-hour phone line, 1-888-INFO-FDA.

The FDA site that “circumstances exist justifying the authorization of emergency use of medical devices, including alternative products used as medical devices, during the COVID-19 pandemic, subject to the terms of any authorization issued under that section, authorizing the emergency use of ventilators, anesthesia gas machines modified for use as ventilators, and positive pressure breathing devices modified for use as ventilators (collectively referred to as ‘ventilators’), ventilator tubing connectors, and ventilator accessories that FDA determines to meet the criteria for safety, performance and labeling….”

The U.S. has lagged behind other countries in terms of testing for COVID-19. One of the earlier missteps on the part of the CDC were unreliable test kits. Although it has not yet been determined exactly what the cause was, early reports suggested a lack of validation because they were rushing to get them out.

Some of that may be related to the overall lack of availability of the tests, which are now starting to ramp up significantly.

Likely another area that will begin growing in the near future is serological tests that will help identify people who have already been exposed or recovered from COVID-19 and have immunity. About 80% of COVID-19 cases are relatively mild and may be mistaken for colds or flu and in some cases, people have been exposed and shown no symptoms.

As the pandemic progresses, identifying individuals who have immunity will help society recover as they can go back to work and other service areas.

Christopher Kirchhoff, a former White House aide who wrote a 2016 review of the U.S. federal government’s response to the West African Ebola crisis, told STAT, “We need to identify all those people here who not only knew they had the coronavirus but maybe weren’t sure because they didn’t get tested or because they had minimal symptoms. You can imagine asking them to take the key roles in our economy to keep things moving, whether that’s manning a checkout aisle at a supermarket or taking the lead for caring for someone else in their family who comes down with the coronavirus.”

These tests identify antibodies in a person’s blood that indicates they have an immune response already in place to the virus, typically from earlier exposure. The current clinical diagnostic tests typically identify the actual presence of the virus, usually in sputum samples.