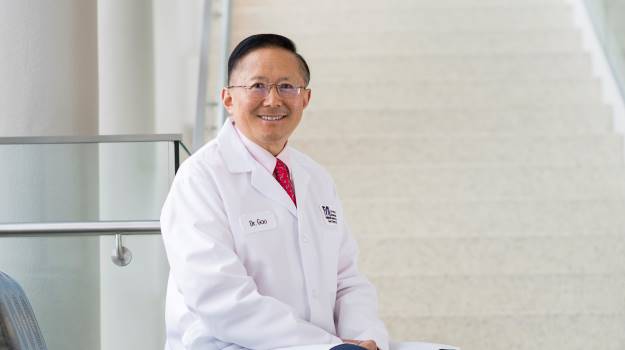 After 32 years, gene therapy pioneer Guangping Gao, Ph.D., is finally seeing the fruits of the doctoral thesis research he started in 1989. It took the combination of advancements in multiple areas of science, but in early November, BridgeBio Pharma and its affiliate company Aspa Therapeutics launched a Phase I/II gene therapy clinical trial for children with Canavan disease. It uses the AAV9 delivery vehicle Gao developed to treat patients with the mutated gene he identified so many years ago.

Today, Gao is co-director of the Li Weibo institute for rare diseases research and director of the Horae gene therapy center and viral vector core at the University of Massachusetts Medical School, as well as an internationally-renowned scientist. In 1989, though, he was merely a promising graduate student in the lab of Reuben Matalon and Rajinder Kaul at the Research Institute, Miami Children's Hospital.

“The 1990s was a time for gene hunting,” Gao told BioSpace. “People were trying to understand the genetic causes of disease.” Matalon’s lab was focused on Canavan disease, a fatal condition that affects approximately 1,000 patients. To this day, there are no approved treatments or cures.

Gao and his colleagues there managed to clone human aspartoacylase cDNA and a common missense mutation in Canavan disease, publishing a paper of similar name in Nature Genetics in 1993. “That was four years of work,” he said.

That led to his identification of higher-than-usual presence of the alleles for Canavan disease in the Ashkenazi Jewish population. “While conducting that research, I met with the family of a Canavan patient. I remember telling them I had the DNA in my hands – I knew the mutation. I was excited to see that, but also saw how helpless the patients were, and knew we had to fix it.”

In 1993, there was a heady atmosphere surrounding gene therapy and its potential seemed almost limitless. “I thought, probably the only way to treat the children is with gene therapy,” he recalled. So, in 1994, Gao joined Jim Wilson’s lab at the Institute of Human Gene Therapy at the University of Pennsylvania.

“My thought was to deliver genes as a drug,” Gao said. To do that, he had to develop a delivery vehicle. His initial approach was to make adenovirus better and less toxic. “I did that, publishing a paper in 1996 (in the Journal of Virology) showing that third-generation adenovirus vectors – which had E1 and E4 deletions – were less toxic and delivered genes with longer persistence than first-generation vectors.

“I wanted to leave academia for industry at that point, but Jim said ‘No, I have a job for you.” Gao joined him as director of the human applications lab and began searching for additional new vectors, focusing on adeno-associated viral vectors (AAVs) as the next generation of gene therapy vectors.

“Then, September 17, 1999, Jesse Gelsinger died.” The field of gene therapy disappeared for a decade. “Luckily, I didn’t give up,” said Gao, who was not involved in the trial in which Gelsinger died. “I knew the key (to successful gene therapy) was in gene delivery, so I continued looking for next-generation delivery vehicles.”

In 2002, he and his colleagues (Wilson, Mauricio Alvira, etc.) discovered and published the first paper detailing AAV serotypes 7 and 8. These subtypes were discovered in primate tissues and had the same efficacy as adenovirus but without its toxicity. The AAV vector directory he developed then eventually contained 130 AAVs.

Then, in 2003, Gao and his colleagues (Jim Wilson, Mauricio Alvira, Luk Vandenberghe, etc.) published a paper describing AAV serotype 9 as a potential delivery vehicle for Canavan gene therapy. It led to a patent in which Gao, Wilson, and Alvira are listed as the inventors. He published the finding in 2004 (along with 4 other papers that year.)

“In 2008, I joined the University of Massachusetts Medical School as founding director of the gene therapy center,” Gao said. Soon after joining U-Mass, he received a welcome note from a colleague and met her and her daughter – who had Canavan disease – the next day. “It had been 15 years since I had last visited with a Canavan patient, and their visit and the mother’s words spoke to me,” he said. The discussion reinvigorated his desire to advance his Canavan work.

At that time, Gao had identified the mutant gene involved in Canavan disease and had just developed effective vectors for gene delivery. What he needed next was an appropriate animal model of the disease. Fortuitously, his mentor, Matalon, had created such a model in 2005 and immediately shared it with Gao. “In 2013, I developed the first generation of AAV9 gene therapy with my first graduate student there, Seemin Ahmed,” Gao said.

The subsequent years were spent with his MD, Ph.D. fellow Dominic Gessler developing the third generation of more effective and safe gene therapy for this rare disease and, in March 2018, BridgeBio licensed Gao’s AAV9 research from the university and launched Aspa Therapeutics, bringing real hope for a cure.

Sadly, Ruben Matalon, in whose lab all this began 32 years ago, passed away two weeks before the first dosing. “I attended his memorial virtually, thinking, ‘I want to tell you about this…I want to tell you…’” Gao said.

Reaching this point of development required a perfect storm of research to bring together the four essential components required for gene therapy, he said. “You need the gene and an understanding of its mechanism of action, a safe and efficient delivery vehicle, the animal model to recapitulate the human disease and large animal studies,” Gao stressed. Now, those elements are in place.

Gao’s interest in medicine developed as a teenager. “I graduated high school in China during the Cultural Revolution (1966-1976). I would have gone to a university but – like all youth in China at the time – was required to go to the country to be transformed by hard work. I spent two-and-a-half years working in the countryside helping the peasants…the farmers.

“I was 17 and knew little about ‘real-life.’ It was probably the hardest time of my life…and also was the most important time of my life. It made me know who I am,” Gao said.

The experience was both challenging and eye-opening. “I lived alone in a barn with the cows and pigs, in the middle of fields in Western China, helping plant and harvest rice and wheat…whatever needed doing. I saw how the farmers suffered and how much they needed medicines. Learning how to develop those medicines became a goal for me, and brought me to the U.S. in 1988.” He studied at Florida International University and did his thesis research at the research institute, Miami Children’s Hospital, which he started in 1989.

Thinking back on his career, one thing is certain. “Science is never a straight line,” Gao said. “The path to discovery is curvy, with barriers that make you step back and reconsider your approach. The key is to be very determined and persistent.”

Taken as a whole, “life and my career have treated me well.”

For more information about the trial visit TreatCanavan.com.