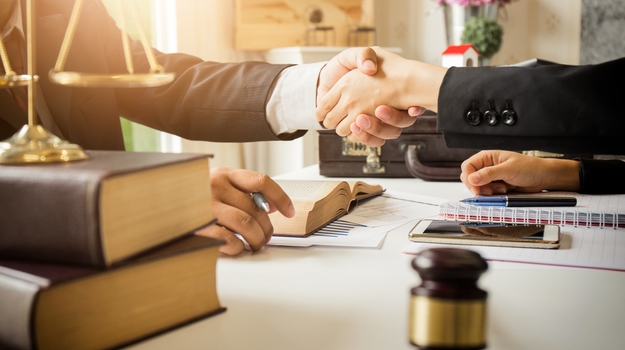 Drug distributor Henry Schein settled earlier for $1.25 million, which leaves only Walgreens. That trial has been put on hold. The judge overseeing it indicated he would work out a new trial date. Johnson & Johnson also reached a settlement prior to the trial.

The lawsuits accused distributors of failing to uphold a requirement that they halt suspicious orders of controlled substances from being shipped. As part of the litigation, federal data showed that 76 billion oxycodone and hydrocodone pills were delivered to U.S. pharmacies from 2006 to 2012. Those shipments continued to grow after the U.S. Drug Enforcement Administration (DEA) issued warnings to the pharma industry about increasing abuse of prescription opioids.

The lawsuit alleged that pharma companies inappropriately marketed opioids to prescribers, inflating the benefits and minimizing the risks. The judge overseeing the federal lawsuits had been urging settlements.

Last month, Purdue Pharma, maker of OxyContin, reached a tentative settlement that could be worth up to $12 billion. However, half of the states and hundreds of local governments have expressed opposition to the settlement. Purdue filed for Chapter 11 bankruptcy in September. There has been speculation that other drug companies involved in the litigation, including Endo, Johnson & Johnson, Teva Pharmaceutical, Allergan and Mallinckrodt might follow along. Basically, the opioid drug companies who face multiple lawsuits would be allowed to contribute money to a trust fund established by Purdue’s bankruptcy filing. However, Paul Hanly, lead attorney for several local governments in the lawsuit, said that mass settlement proposal was “most unlikely.”

Earlier in the year, Purdue reached a $270 million settlement with the state of Oklahoma.

The trial in Ohio was to be the first federal trial associated with the opioid crisis, which has taken about 400,000 lives in the U.S. in the last twenty years. Cuyahoga and Summit counties in Ohio are suing Teva, four distributors and drug store chain Walgreens, arguing that their marketing practices contributed to the opioid epidemic.

The pharma companies argued that the drugs were approved by the U.S. Food and Drug Administration (FDA) and carried warning labels over the risk of addiction.

As part of today’s settlement, Teva is paying $20 million in cash and will donate $25 million worth of Suboxone, a treatment for opioid addiction.

On Friday, October 13, talks with the same group of defendants collapsed over a $48 billion settlement that would cover thousands of lawsuits across the country. About 2,600 lawsuits have been filed by states, towns, cities, counties and tribal governments.

On Saturday, AmerisourceBergen, Cardinal Health, and McKesson made a joint statement, noting they made up only “one component of the pharmaceutical supply chain” and their role was to ensure drugs prescribed by licensed physicians were available. “We remain deeply concerned by the impact the opioid epidemic is having on families and communities across our nation—and we’re committed to being part of the solution.”

Those three distributors supply about 90% of the U.S.’s drugs.

On Friday, U.S. Judge Dan Polster in Cleveland met with executives from the three biggest distributors and Teva to work out a deal that would avert the trial. Polster also invited states, even though they do not have cases before him, to participate in settlement talks. Polster is managing more than 2,300 of the approximately 2,600 opioid lawsuits. After 11 hours of talks, no deal was reached. Apparently, much of the reason the deal fell through was they could not get state attorneys general involved to agree on a distribution of the settlement. That settlement, according to Pennsylvania Attorney General Josh Shapiro, was valued at $48 billion, including $22 billion in cash and $26 billion in products and services.

“We’re disappointed that the cities and counties refused to go along with that deal,” stated North Carolina Attorney General Josh Stein on Friday. “This would have helped the entire nation, not just a few counties, not just a few cities.”