Researchers Discover that Some Cells in the Pancreas and Liver Don't Replicate, Just like Brain Cells 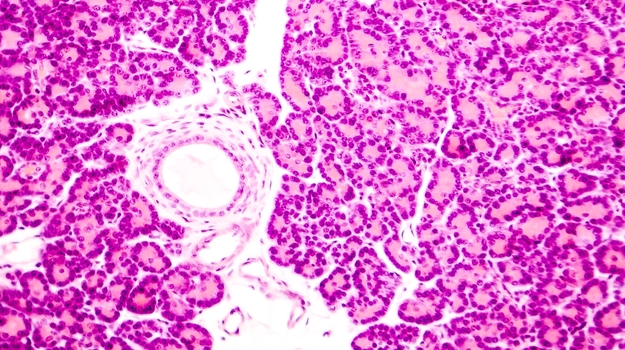 The most common way of looking at our age is the number of days or years since we were born. But biologists sometimes look at aging differently, because the cells in our body we have today are not necessarily the original cells we were born with. But sometimes they are.

For example, brain cells typically are not replaced during our, or any animal’s, lifetime. The authors of a new study published in the journal Cell Metabolism, write, “This nondividing state is characterized by extreme longevity and age-dependent decline of key regulatory proteins.”

Essentially, for some time, scientists believed that neurons, and maybe cardiac cells, were the oldest cells in our bodies. But researchers with the Salk Institute found that in mice, at least, the brain, liver and pancreas have cells that are young and extremely old. In tissues and cell lines, when there is a mix, it is called “mosaicism.” They have dubbed this phenomenon “age mosaicism.”

Martin Hetzer, senior author of the study in addition to being Salk’s vice president and chief science officer, told Phys.org, “We were quite surprised to find cellular structures that are essentially as old as the organism they reside in. This suggests even greater cellular complexity than we previously imagined, and has intriguing implications for how we think about the aging of organs such as the brain, heart and pancreas.”

The research team used the age of neurons as an age baseline to compare to other non-dividing cells. They used a combination of electron isotope labeling with MIMS-EM, a hybrid imaging technique, that allowed them to both visualize and quantify cell and protein age and turnover in the brain, pancreas and liver. They used this in young and old mice.

The islets of Langerhans, the cells in the pancreas that produce insulin, have a mix of young and old cells. Some of the beta cells, the specific insulin-producing cells, were relatively young, having divided and multiplied during their lifetime. But some did not divide and were older, much like neurons. And another type of pancreatic cells, delta cells, didn’t divide at all.

Even though some studies have shown the liver has the ability to regenerate during adulthood, the researchers found that most liver cells in healthy adult mice were as old as the mice, but cells that line blood vessels, as well as stellate-like cells, another liver cell, were short-lived. This too suggests that the liver has age mosaicism, and might be a new approach to developing therapeutics for liver regeneration.

The researchers’ next step is to focus on the different lifespans of nucleic acids and lipids. They also want to focus on age mosaicism and how it is related to diseases like type 2 diabetes.

Mark Ellisman, Distinguished Professor of Neurosciences at UC San Diego’s School of Medicine and co-leader of the study, told Phys.org, “Thanks to new visualizing technologies we are able to pinpoint the age of cells and their supramolecular complexes more accurately than ever before. This opens new doors for studying all cells, tissues and organs in normal and in disease states.”