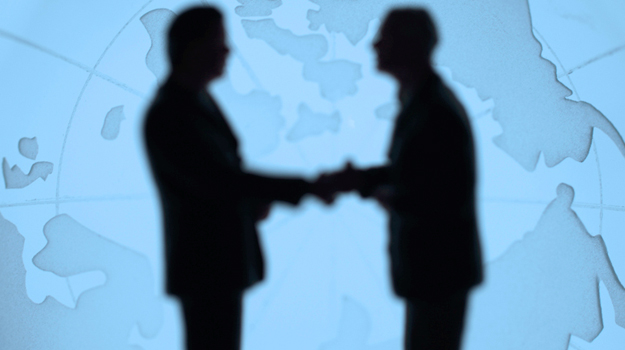 Warp Drive Bio inked a strategic collaboration deal with Switzerland’s Roche for up to $387 million.

Under the deal, Warp Drive will use its Genome Mining Platform to investigate potential antibiotics for drug-resistant, Gram-negative bacteria. The tech platform gives access to natural compounds found in soil that haven’t been analyzed before. It will evaluate over one hundred novel classes of previously undiscovered potential antibiotics.

There will be an upfront payment, options fees and milestones up to $87 million for preclinical progress, and up to $300 million related to specific clinical, regulatory and sales milestones for products licensed. Also, for anything licensed, Warp Drive is eligible for tiered royalties.

“We are committed to bringing urgently needed novel antibiotic medicines to patients, and we are delighted to be collaborating with Roche in that goal,” said Laurence Reid, chief executive officer of Warp Drive Bio, in a statement. “Antimicrobial resistance is an extraordinary threat to global human health, and Warp Drive’s unique platform allows us to access a vast reservoir of uncharacterized natural products from which to identify novel antibiotics.”

John Carroll, writing for Endpoints News, says, “In return Warp Drive will do for Roche what it’s been doing for Sanofi and other big partners, using a platform tech originally devised by Harvard scientist and serial biotech entrepreneur Greg Verdine in searching for clues produced by Mother Nature to come up with new breeds of antibiotics that can combat the increasingly drug-resistant targets they’re going after.”

“The work with Roche is really focused on discovering truly novel classes of antibiotics,” Reid told Carroll. He went on to say that the company’s tech platform “includes a genomic database of sequences of bacteria that live in the soil.” Using bioinformatics, Warp Drive can “search in sequences for signatures of genes that encode the biosynthetic machinery for novel compounds. We hunt for clusters that we predict will encode novel compounds.”

Carroll points out that, “Roche and virtually every other Big Pharma player once active in antibiotics abandoned the field years ago, turned off by the thin margins and poor financial prospects for a niche now dominated by cheap generics. A variety of small biotechs have been fielding non-inferior antibiotics that can step in for drug-resistant cases, and as the current crop gradually plays out with ever-weakening results, the prospect that novel antibiotics can come along could prove much more attractive for major developers.”

It’s a particularly crucial area of drug development, given increases in drug resistance by bacteria. The U.S. Centers for Disease Control and Prevention (CDC) estimate that more than two million people are affected by drug-resistant bacteria annually, with direct healthcare costs up to $20 billion. And about 23,000 patients die every year from antibiotic resistance. Worldwide it is believed to be about 700,000 deaths worldwide.

“It will be a notable achievement and benefit to global human health if we are able to discover the next wave of natural antibiotics,” said Karen Bush, professor of Practice in Biotechnology at Indiana University, in a statement. “With the innovative platform developed by Warp Drive, there is the potential to discover novel natural product antibiotics, historically hidden within microbes. These previously untapped antibiotic classes may play a key role in the future strategy to combat antimicrobial resistance.”