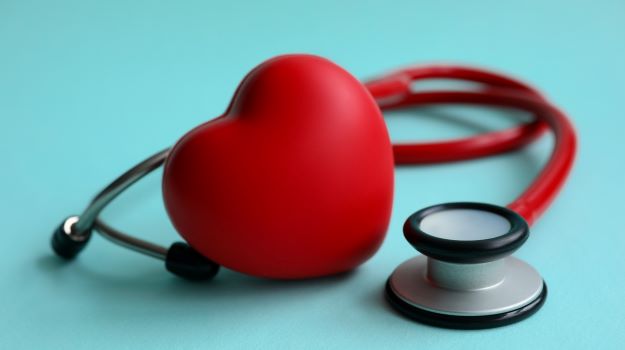 High cholesterol is a leading cause of heart disease, which is the primary cause of death in the United States. While there are multiple cholesterol drugs on the market, Verve Therapeutics aims to create a one-time treatment that will permanently lower low-density lipoprotein (LDL) cholesterol in patients with familial hypercholesterolemia.

Tuesday morning, Cambridge, MA-based Verve announced it has dosed the first patient with VERVE-101, a CRISPR base editing medicine candidate in a Phase Ib heart-1 clinical trial. VERVE-101 is a one-time treatment designed to permanently lower LDL cholesterol to treat familial hypercholesterolemia and heart attack. It is designed to permanently turn off the PCSK9 gene in the liver to reduce disease-driving low-density LDL-C.

The Phase Ib study is specifically aimed at patients with heterozygous familial hypercholesterolemia (HeFH), which is a potentially life-threatening subtype of atherosclerotic cardiovascular disease (ASCVD). Cardiovascular disease is a significant health issue in the United States. It is estimated that cardiovascular events such as a stroke or heart attack affect someone in America every 40 seconds.

VERVE-101 consists of an adenine base editor messenger RNA, which was licensed from Beam Therapeutics, and an optimized guide RNA targeting the PCSK9 gene packaged in an engineered lipid nanoparticle. Through a single “A-to-G” change in the DNA genetic sequence of PCSK9, VERVE-101 expects the therapeutics to inactivate the target gene, which would lead to lower LDL-C levels and reduce the risk for ASCVD.

Sekar Kathiresan, co-founder and CEO of Verve, said preclinical data has shown that VERVE-101 could be a “game-changing treatment option” for patients with HeFH, a genetic condition that causes high LDL-C levels. High levels of LDL-C beginning at birth accelerate the development of atherosclerotic cardiovascular disease, which increases the risk for cardiovascular events.

There are drugs on the market for HeFH, such as Amgen’s Repatha, a PCSK9 inhibitor, which is an injectable medication administered once every two weeks. In contrast, VERVE-101 would be a one-time option for patients, if it passes regulatory muster. Verve estimates that about 20% of HeFH patients who are receiving standard-of-care treatment fail to achieve the desired lowering of LDL-C, partly due to patient adherence as well as access to health care professionals.

“VERVE-101 is a first-in-class gene-editing medicine that we have designed to make a single spelling change in liver DNA to permanently turn off a disease-causing gene. The dosing of the first human with such an investigational base editing medicine represents a significant achievement by our team and for the field of gene editing,” Kathiresan said in a statement.

The Heart-1 clinical trial is expected to enroll approximately 40 adult HeFH patients with established ASCVD. The trial will assess the safety and tolerability of VERVE-101 and will include additional analyses for pharmacokinetics and reductions in blood PCSK9 protein and LDL-C.

“Our ultimate goal with VERVE-101 is to bring a new option to the millions of people with ASCVD around the world, and dosing participants in the Phase I study for this first indication, HeFH, is a key inflection point to achieving that goal,” Andrew Bellinger, chief scientific and medical officer at Verve, said in a statement. “VERVE-101 has the potential to change the way cardiovascular disease is cared for by lowering LDL-C as low as possible for as long as possible after a single treatment.”