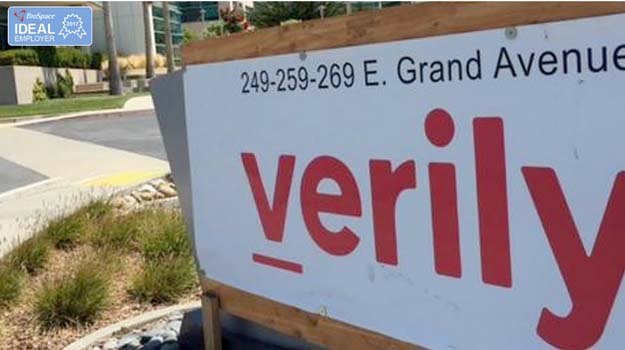 The global market for sleep apnea devices is expected to hit $9 billion by 2024. Multiple companies are driving forward with the development of devices and other therapies to treat the dangerous sleep disorder that can lead to cardiac issues such as stroke and heart attack.

Google’s Verily is one of the companies moving into the space. Verily will team up with San Diego-based ResMed, a company that specializes in the treatment of sleep disorders, to launch a new joint business venture to address sleep apnea and other sleeping disorders. With the new venture, the companies will harness ResMed’s expertise in sleep disorders and Verily’s health data analytics technologies to develop a solution to reach the millions of undiagnosed people with the disorder. In a joint statement issued Thursday morning, the companies said the new joint venture will “develop software solutions that enable healthcare providers to more efficiently identify, diagnose, treat and manage individuals with sleep apnea and other breathing-related sleep disorders.”

Jessica Mega, Verily’s chief medical and scientific officer, said that approaching a health issue such as sleep apnea through the collection and organization of health data is central to the mission at Verily.

“By better identifying at-risk individuals as well as generating real-world evidence regarding the value and effectiveness of treatment, this collaboration has the potential to improve outcomes for millions of people living with sleep apnea, and potentially other related conditions,” Mega said in a statement.

The data gathered by the new company could benefit drug manufacturers and device makers who are working on sleep disorder therapies – including ResMed. Last year the San Diego-based company unveiled its AirMini, the world's smallest CPAP (continuous positive airway pressure) machine designed for people who travel. The device was expected to become a game changer for sleep apnea patients due to the fact that many do not travel with their machines because of the bulky designs.

In addition to the CPAP machines, there are medications in development for sleep apnea and other disorders. In March the U.S. Food and Drug Administration accepted a New Drug Application from Jazz Pharmaceuticals for solriamfetol, an investigational medicine for the treatment of excessive sleepiness in adult patients with narcolepsy or obstructive sleep apnea. The PDUFA date is set for Dec. 20.

But while progress is being made on treating those diagnosed with sleep apnea and other sleep disorders, one of the big issues in the space is the lack of diagnosis. Despite the fact that about 12 percent of the U.S. adult population has obstructed sleep apnea, Verily and ResMed said approximately 80 percent of individuals with the disorder are undiagnosed. According to the American Academy of Sleep Medicine, obstructive sleep apnea, the most common form of the disorder, affects 29.4 million in the United States, about 12 percent of the adult population.

ResMed Chief Medical Officer Carlos M. Nunez said the majority of people with sleep apnea do not realize they have the disorder and don’t seek “accessible, effective treatment” that can mitigate its long-term effects.

“The combined industry expertise, scalable infrastructure, and data analytics capabilities of ResMed and Verily can unlock meaningful ways to identify these individuals and support their journey to improved sleep, health and quality of life,” Nunez said in a statement.

One focus of the ResMed/Verily joint venture will be the health and financial impacts of undiagnosed and untreated sleep apnea. Based on data collected from research and consulting firm Frost & Sullivan, the American Academy of Sleep Medicine said the annual economic burden of undiagnosed sleep apnea in the United States is approximately $149.6 billion.

In its announcement, neither company disclosed how much money was being put up to support the new venture. Additionally, neither Verily nor ResMed provided any information about the new company such as a name or who its principal officers will be. The two companies only noted that the joint venture will operate as a separate entity from its parent companies.