Pfizer to Cut 300 Jobs as It Ends Alzheimer's, Parkinson's Quest 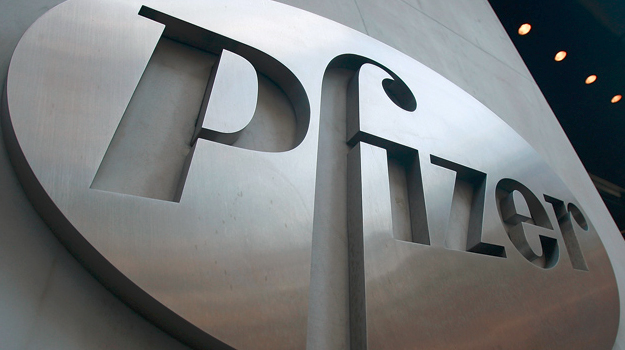 Pfizer announced Saturday, Jan. 6, that it was abandoning research and development into new neuroscience development, including Alzheimer’s and Parkinson’s disease. As a result, it will cut 300 jobs, primarily in Cambridge and Andover, Massachusetts and in Groton, Connecticut. About 200 of the job cuts will be in Massachusetts, the remaining in Connecticut.

In a statement, Pfizer said, “This was an exercise to re-allocate spend across our portfolio, to focus on those areas where our pipeline, and our scientific expertise, is strongest.”

Pfizer is one of the investors in a venture capital fund, the Dementia Discovery Fund, that was launched in 2015. Other drug companies that invest in the fund include GlaxoSmithKline and Lilly. Reuters notes, “However, some of Pfizer’s investments have resulted in disappointment. In 2012, Pfizer and partner Johnson & Johnson called off additional work on the drug bapineuzumab after it failed to help patients with mild to moderate Alzheimer’s in its second round of clinical trials.”

On Saturday, Pfizer indicated it plans to launch a new venture fund focused on neuroscience research.

Each network is managed by an External Scientific Innovation Lead (ESIL) from Pfizer. That individual will liaise between researchers from Pfizer and the academic principal investigators from the involved institutions.

“The ITEN partnering model creates an environment of creative and agile scientific interaction,” said Uwe Schoenbeck, Pfizer’s senior vice president and chief scientific officer, External Science & Innovation, in a statement. “By establishing relationships with researchers early in the research and development process, we believe the ITEN model will better position us to identify potentially promising research projects—focused on seeking unique technology platforms and outstanding biology expertise—continually building on our mission to bring innovative new therapies to patients in need.”

The UK ITEN partnerships were established in 2017, and specific projects have already been reported. Both will focus on deubiquitinylation enzymes (DUBs), a gene family that has implications for cancer, and autoimmune, cardio-metabolic diseases and rare diseases.

The project with UTSW is a collaboration with Bruce Beutler, a Novel Prize-winning immunologist. It will focus on genetics approaches in oncology and metabolic disease.

The ITEN is expected to complement work at Pfizer’s Centers for Therapeutic Innovation (CTI), which was launched by Pfizer in 2010 to create academic-foundation-industry collaborations. CTI has 25 academic institutions and six foundations in its network, including the National Institute of Health (NIH).

“By focusing on research collaborations around early biology and therapeutic concepts, our ITEN collaborations will seek out innovative science and technology,” Schoenbeck said in a statement. “As research projects progress, we will work with the given institution to move them into the clinical phase using therapeutically aligned research units or through CTI.”