No Deal for Novo as Sanofi Swoops in With $4.85B Win for Ablynx 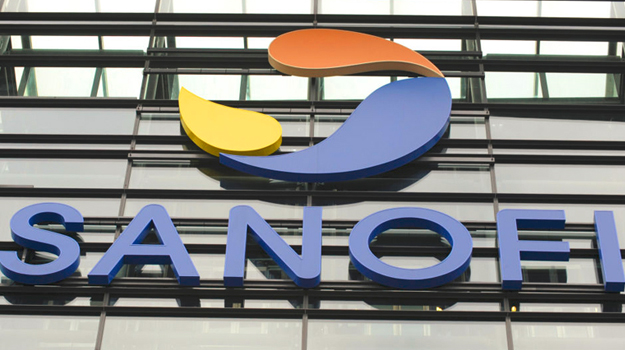 Only a week after Sanofi ponied up $11.6 billion to buy Waltham, Massachusetts-based Bioverativ, the French drugmaker is buying Ghent, Belgium-based Ablynx for $4.8 billion.

Ablynx focuses on Nanobodies, a novel class of proprietary next generation biologics. The company has a pipeline of more than 45 proprietary and partnered drug candidates in a broad range of areas, including hematology, inflammation, immuno-oncology and respiratory diseases. Eight of their compounds are currently in the clinic.

Its lead compound is caplacizumab (anti-vWF Nanobody) to treat acquired thrombotic thrombocytopenic purpura (aTTP). It has already been filed in Europe and expected to be filed with the U.S. Food and Drug Administration (FDA) in the first half of this year.

“With Ablynx, we continue to advance the strategic transformation of our Research and Development, expanding our late-stage pipeline and strengthening our platform for growth in rare blood disorders,” said Olivier Brandicourt, Sanofi’s chief executive officer, in a statement. “This acquisition builds on a successful existing partnership. We are also pleased to reaffirm our commitment to Belgium, where we have invested significantly over the years in our state-of-the-art biologics manufacturing facility in Geel. We intend to maintain and support the Ablynx science center in Ghent.”

The deal is for $55.81 per share. Novo Nordisk had been trying to acquire Ablynx, but its highest offer was reportedly $33.60 per share. It will be an all-cash deal.

BloombergTechnology writes, “The takeover will complement the $11.6 billion purchase of Bioverativ Inc., a maker of drugs for hemophilia, that Sanofi announced a week ago. Chief Executive Officer Olivier Brandicourt is returning to acquisitions to enter the field of blood disorders after losing out on two attempted takeovers in 2016. Sanofi’s arrival as a white knight is a setback for Novo’s effort to bolster its stable of treatments for rare blood disorders as its main diabetes business grapples with price pressures.”

Soren Lontoft Hansen, an analyst with Sydbank A/S, told Bloomberg, “It’s very difficult (for Novo Nordisk) to come back in once the two company boards have agreed on a deal. And the difference between Novo’s initial offer and what they would have to offer now would also be too big.”

Rebekah Harper, an analyst with Credit Suisse, wrote in a note to clients, that Ablynx is “a strong fit, especially after Sanofi’s acquisition of Bioverativ.”

Sanofi has had a reputation, at least until now, of being risk-averse when it comes to mergers and acquisitions. It’s possible that after losing out to Pfizer for Medivation and to Johnson & Johnson for Actelion last year, that a little more aggression was called for.

Chris Hughes, writing for BloombergGadfly, notes, “Sanofi CEO Olivier Brandicourt may now be landing deals to buy near-term growth and some interesting pipeline prospects. But he is giving up some balance-sheet strength at a time of fierce competition for biotech assets. When his predecessor Christopher Viehbacher agreed to buy Genzyme Corp. in 2011, the transaction included carefully designed CVRs tied to drug approvals and future revenue.”

It’s also possible, that given the overhaul of the U.S. tax code, that global companies expect U.S.-based companies to be jumping into M&A with big fistfuls of newly acquired cash, so they need to be aggressive and move quickly to avoid being left behind.