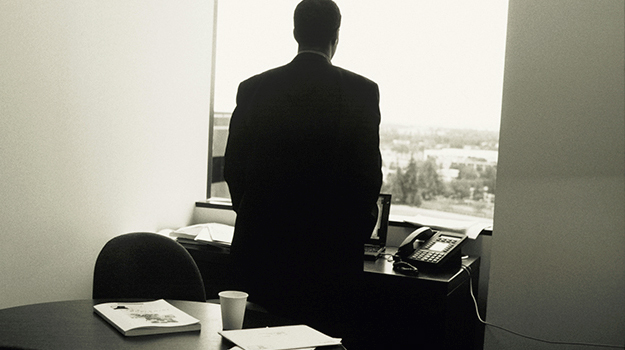 Shares of Axovant Sciences have plunged nearly 20 percent in pre-market trading after the company announced David Hung abruptly resigned from his position as chief executive officer and also stepped down from his seat on the company board of directors.

In a statement issued this morning, Axovant said Hung, the former CEO of Medivation who joined Axovant last year, “resigned to pursue other opportunities.” However, Hung’s departure comes after a number of stumbles and mistakes the company has made since the fall. It first began in September when the company’s hoped-for Alzheimer’s drug intepirdine failed to meet endpoints in a Phase III trial. Then intepirdine again failed in a Phase IIb trial as a treatment for patients with dementia with Lewy bodies (DLB). In January, Axovant announced it was scrapping intepirdine, a 5-HT6 receptor antagonist the company acquired from GlaxoSmithKline for $5 million. Axovant and its founder Vivek Ramaswamy believed they could succeed in developing intepirdine where GSK could not.

Not only did the company’s lead drug fail, also in January Hung and Axovant were forced to admit it misreported mid-stage data on a drug it hoped to take into Phase III. During the J.P. Morgan Healthcare Conference, Hung and Axovant initially said that nelotanserin, a 5-HT2a receptor inverse agonist, showed positive trend in motor improvement in patients with dementia with Lewy bodies (DLB) and Parkinson’s disease dementia (PDD). One day after making that announcement though, the company retracted its statement.

Shares of Axovant have not recovered since disastrous news from the J.P. Morgan conference. The stock fell on Jan. 5 from $5.37 per share to $2.31 and has continued to decline. The stock closed at $191 on Friday, but in pre-market trading it is down to $1.60.

While Hung has stepped down from his roles at Axovant, he will remain a scientific advisor to the company, as well as the other biotechs founded by Ramaswamy. In a statement, Ramaswamy thanked Hung for his work with the company.

Hung isn’t the only c-suite leader to depart from Axovant. President and Chief Operating Officer Marion McCourt resigned, also to “pursue other opportunities.” Additionally company directors Kate Falberg, Tony Vernon and Patrick Machado have resigned as members of the company’s board of directors.

Taking over as CEO of Axovant is Pavan Cheruvu, who has been with the company since 2015. Cheruvu said as CEO, his top priorities are to expand the company’s pipeline “with high-quality product candidates.” That could mean Axovant is looking to license another cast-off drug. Additionally, Cheruvu said Axovant will solidify next steps for nelotanserin, as well as RVT-104, a combination of glycopyrrolate and high-dose rivastigmine.

“Roivant remains firmly committed to Axovant’s long-term success. Axovant will need to operate as a lean, entrepreneurial organization in the near term. In that context, Pavan is the right leader for the company at this time. Pavan is emblematic of the future industry leaders we hope to cultivate within Roivant, and I have full confidence in his ability to rebuild Axovant,” Ramaswamy said.

Axovant said it will provide a comprehensive strategy update by mid-year.

Roger Jeffs, the former co-CEO of United Therapeutics and George Bickerstaff, former CFO of Novartis Pharma, have joined the company’s board of directors.