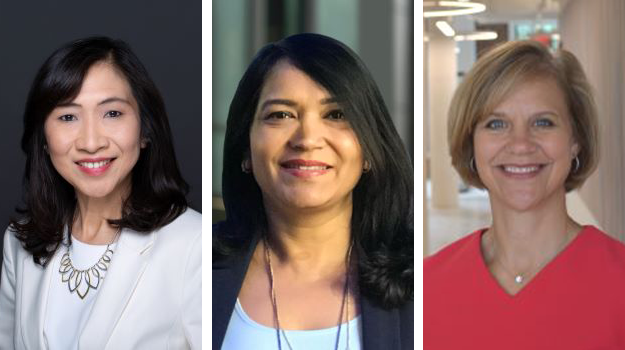 Though the percentage of women in the overall U.S. life science industry is nearly equal to men, female representation at the executive level remains shockingly low.

According to BioSpace's 2022 Diversity in Life Sciences: Current Perspectives report, 45% of total employees from the surveyed life science companies were women.

The statistics collected regarding upper ranks, however, look much less diverse. According to the second annual report released by Biotechnology Innovation Organization (BIO) last year, less than a third, or 31%, of executive team members were women, and only 23% were CEOs.

Even more dismal statistics were presented by Bedford Group/TRANSEARCH in its First Annual 2021 Executive Compensation Report regarding the biotechnology industry. The report showed that 14.2% of analyzed board members were female, and only 5.8% of 224 CEOs were female.

BioSpace spoke with three female executives in biotech to honor their accomplishments and gather advice for women who are trying to make their own way in the industry.

Judy Chou’s interest in research was piqued back in medical school, where she found her training meaningful, but it left more to be desired on the novel treatment and therapy side for patients.

She began her career as part of the research faculty at Harvard University Medical School. “My background led me to the biotech industry because I wanted to combine my medical and graduate school training in order to bring something new to patients,” she said.

The immune checkpoint regulator was given Fast Track designation by the U.S. Food and Drug Administration in March 2021 for treatment of steroid-refractory acute graft-versus-host disease (SR-aGVHD).

“Our molecule treats patients who received bone marrow, but suffered from rejection,” Chou said. “In their cases, prior treatment did not help them, but actually introduced additional issues. The mission for this molecule is to bring new hope to these patients.”

When considering women in biotech leadership positions, Chou thinks of the entire industry as an orchestra. “People compete to be first violinist or first violist. Those seats have a hierarchy. It’s important for the one in front to take the lead for the group.”

That being said, she believes there’s much to be done from any position in the orchestra. “You don’t have to be a leader to make an impact. We need to diversify beyond the whole orchestra. It’s more about your instrument, and how you present it.”

Chou pointed out that when women are leaders, a different perspective is brought to light. “If a high percentage of clinical trials are related to male-centric diseases, it doesn’t help women. When a woman is a leader, you can listen to the voice that hasn’t been heard and tune into that channel that has in some sense been ignored.”

A proud moment of Chou’s career took place near the beginning when she was a principal scientist. “I was focused on large biologics, which are considered much more complicated drugs and harder to make but have higher specificity and efficacy. Back then, people thought of this work as a kind of art. They didn’t see how technology could make a difference,” she said.

When Chou came up with the idea for an automated robotics system that would accelerate and improve drug development, “everybody called me crazy. I was the first pioneer of this development process that made drugs more pure and desirable. It changed the field. Nowadays, everyone does it. I’m proud to have been able to shake the whole field and accelerate the development of biologics.”

As a CEO, Chou’s current goals are tied to her company. “I’ve learned that restarting a company is harder than starting a company. There are a lot of things that I’m redesigning and reengineering. I’m passionate about our novel molecule working, and we’re bringing it in the near term to patients. I’m working together with my team, combining my passions for innovation and science to help patients.”

To women in biotech, Chou suggests, “focus on what you have to give, then have confidence in the impact you can make. If you focus on the difference you can make for the business you’re working in, people will see the value.”

Chou also points out that everyone has a different opinion about how women should act in positions of power. She advises them to put the focus back on the audience. “When you focus on your audience, you can make an impact. You don’t need to transform yourself; that’s not what the world needs. Focus on your audience and present yourself as you are. Biotech needs that.”

Jaya Goyal trained in academia for some time, serving as a postdoctoral fellow at New England Medical Center and Rush-Presbyterian-St. Luke’s Medical Center. Throughout her career in academia, she found a passion for translational research. “I was very interested in the idea of taking our research from the lab and translating it into therapeutics that could help patients lead better lives.”

At PepGen, Goyal and her team are focused on genetic therapies for neuromuscular diseases. “Our proprietary Enhanced Delivery Oligonucleotide (EDO) platform treats genetic disorders by optimizing the safe delivery of oligonucleotides to tissues and cells that are affected by disease. We have a robust pipeline of therapeutics for the treatment of genetic disorders.”

Goyal said that having access to very strong female peer groups has helped her reach her leadership position. She’s part of Women in Bio (WIB), as well as other professional peer groups.

“These groups have professionals who are promoting leadership and entrepreneurship of women in life sciences. I’ve been able to reach out to women on boards. I’ve always had that mentorship as to how women in biotech can progress their careers and get to these positions.”

Throughout her career, Goyal is proud to have been a part of successful drug development teams. “I had hands-on experience taking life-changing therapies from preclinical development to a successful commercial launch. These are drugs that have daily use and affect the lives of thousands if not millions of patients with diseases like multiple sclerosis and hemophilia,” she shared.

Up next for Goyal is a focus on the business of biotech. “After being in this field for over 20 years, I’m considered a strong scientific and technological person as well as an organizational leader,” she said. “Now, I want to get closer to the business aspects of biotech. This is my opportunity now at PepGen to learn the business while leading research and the preclinical team.”

To women who want a career in biotech, Goyal said, “always look beyond. Learn and reach for opportunities beyond your own functional area or role. Don’t only focus on your goal, but gain a broad understanding of how everything functions.”

Goyal also suggests that seeking managerial leadership or training opportunities is a great way to go. “Seek a mentor within your organization or the industry. There are numerous opportunities within WIB and other groups to find a mentor or leader that you really connect with given your personal strengths and areas of development. Seek that mentorship and look beyond what's next.”

She also acknowledged the low percentage of women in senior-level positions. “In the back of our minds all the time, we can consider how we, as women, can help and support each other. We must not just discuss it but make it the reality. All of us can translate our words into actions.”

Paula Ragan was led to a path in biotech through her early interest in the intersections of engineering, science and medicine. Knowing that she wanted to combine her intellectual interests with helping others, she completed her graduate training in biomedicine. 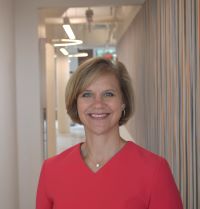 At this point, Ragan had to decide whether she would remain in academia, or if she would pursue a career in the biotech industry. “I chose the industry because it aligned with my nature of applied problem-solving. Drug development is a great area. Developing medicines involves a huge element of trust on the patient’s side. It’s amazing to be the party who discovers that and builds this trust,” she said.

As CEO and president of X4 Pharmaceuticals, Ragan and her company develop drugs that improve the functioning of immune systems. “A key component of our immune system is us being able to fight infection,” she said. “During COVID, plenty of people have come to understand the importance of suppressed immune systems. Our patients are born with different problems that make [their] immune systems become less effective.”

The company’s drug Mavorixafor is currently being assessed in a Phase III clinical trial. It was developed to treat a genetic condition known as WHIM Syndrome, a rare genetic primary immunodeficiency that results from “gain-of-function” mutations in the single gene that encodes for the CXCR4 receptor.

“We’re excited because the drug has been shown to be efficacious in reducing infection rates and raising white blood cell counts closer to a normal level, translating into patient benefits. The drug seems to have wide applicability that can help patients,” she shared.

As a female executive in biotech, Ragan is proud of the culture she has inspired at X4. “We have a very global view of family and work-life balance. My journey and how it’s translated is primarily about sustainability for our employees. They are brilliant and working incredibly hard. We are working hard to create the right balance,” she said.

When asked about her proudest accomplishment, Ragan named the founding of her company, crediting all of the support she received from previous employers, including Genzyme, where she held a leadership role. “We really rallied our forces to make the company successful, and now we can help a lot of patients. I’m very grateful for everyone. It’s been a journey. We were able to take a seedling and build it to the size we are today. I’m really proud of the culture.”

A current goal of Ragan’s is to bring attention to the positive work being done in the biotech industry.

To those trying to carve out their own career, Ragan suggests ignoring the inevitable “no’s,” and keeping at your course. “There are always a million obstacles. Always keep a few people around to help validate your belief system. That’s what you need to focus on. If you’re following your heart in what you’re doing, keep at it.”

She wanted to highlight that “there are a lot of patients out there that are having hard lives. Being in biotech, we have the opportunity to change that. Any person starting out should know that yes, the work is hard, and your day is hard, but the patients’ days are harder without treatment.”