Potential Third US Case of Monkeypox Detected, but Officials Not Sounding Alarm 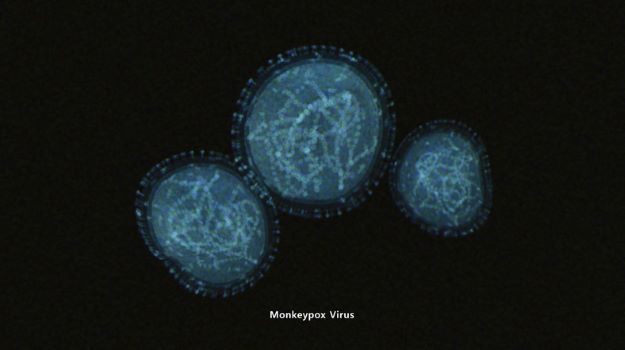 Just last week, a man in Massachusetts became the first person in the United States to be diagnosed with monkeypox since 2021. On Sunday night, U.S. health authorities announced they may have found the third documented case in a patient in South Florida.

Monkeypox is a viral disease caused by the monkeypox virus which belongs to the same genus as the smallpox virus. The disease causes a flu-like illness, accompanied by a pox that progresses from flat lesions to lesions with pus, and eventually, to scabs that fall off the body and leave scars. Transmission typically occurs from infected animals to humans, with human-to-human transmission occurring via respiratory droplets or contact with bodily fluids, although the World Health Organization says there is "no evidence, to date, that person-to-person transmission alone can sustain monkeypox infections in the human population."

The possible third case is related to international travel. Typically, monkeypox is common in west and central Africa. However, WHO is referring to the current outbreak as “atypical” as nearly a dozen countries are investigating possible cases. Experts continue to be puzzled by the outbreaks, which are considered to be rare and unusual as cases do not usually occur globally.

However, global and national health authorities have determined that monkeypox is not a particularly big threat. In Tokyo on Monday, POTUS Joe Biden told reporters that he doesn’t believe monkeypox will rise to the level of concern that existed with COVID-19. Although Biden cautions citizens to be careful and avoid transmission of the virus, he also stated he does not believe a quarantine is necessary to prevent the spread of the virus in the U.S.

Biden administration health official Ashish Jha echoed these sentiments, stating that he expects that monkeypox will not have a widespread impact in the U.S. and that, unlike SARS-CoV-2, monkeypox is a virus that is currently understood by health authorities. Still, Jha, like Biden, said careful monitoring of the situation is required.

Part of the reason Biden and Jha are confident in the country’s ability to handle the current monkeypox outbreak is the availability of a vaccine and treatment. In 2019, the U.S. Food and Drug Administration approved Bavarian Nordic’s vaccine Jynneos for the prevention of smallpox and monkeypox in adults over the age of 18 who are determined to be at high risk for infection.

Currently, there are no approved treatments specifically for monkeypox in the U.S. However, TPOXX, an antiviral produced by SIGA Technologies, has worldwide approvals for both smallpox and monkeypox. Although only approved for smallpox in the U.S., TPOXX can be used both orally and intravenously to treat monkeypox.

The U.S. currently has about 1.7 million courses of TPOXX stockpiled in the Strategic National Stockpile. However, the Centers for Disease and Control Prevention states that there is still no proven, safe treatment for the infection.