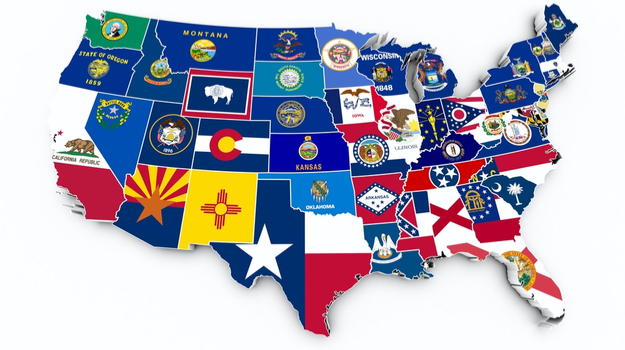 Although it may be almost heresy to say it to venture capitalists and many research scientists, there are other places in the U.S. to form biotech companies than San Francisco and Boston. Yes, Boston, especially Cambridge, and the Bay Area are definitely the hotspots for biotech startups. The typical argument is access to top talent, proximity to leading academic institutions, and for researchers or execs who might change jobs (or be working for a volatile startup that might disappear within a few years), having plenty of networking and job opportunities in the same region are viewed as significant advantages even if the real estate market in both areas are some of the most expensive in the country.

Still, there are plenty of areas around the country that have great academic institutions cranking out great scientists, and many state and regional governments are enthusiastic about encouraging life science companies. Here are a few current examples.

Jiangsu Industrial Technology Research Institute (JITRI), a nonprofit organization in eastern China, plans to invest $3 million to $4 million annually toward a proposed China U.S. Biotechnology Innovation Center (CUBIC) in Houston, Texas. The center will be in the Texas Medical Center and have 100,5000 square feet of space. CUBIC in Houston is expected to have a staff of 10, including two from JITRI. U.S. startups and companies will be able to work in the center and collaborate with Chinese investors and companies hoping to do business in the U.S. It is expected to open sometime this year.

“No matter if a Chinese or American company, we should really work together to face the challenges of the future, “Qing Liu, president of JITRI told the Houston Chronicle. “We need to work together to have a green earth and better life for all human beings.”

Vyriad, a biotech company spun out of research at Mayo Clinic, is building out 25,000 square feet of space in Rochester, Minnesota. It will be offices, laboratories and a Good Manufacturing Practice (GMP) facility, where it will manufacture clinical-stage oncolytic virus therapies for cancer.

Stephen Russell, Vyriad’s chief executive officer and a Mayo Clinic researcher, told the Post Bulletin, that a lot of venture capitalists interested in the company would only provide funding if it moved to Boston or San Francisco. “Despite the Destination Medical Center idea, I don’t think the investment community has bought into it. The real value of this company is to remain in Rochester connected to the engine, Mayo Clinic, where the technology was developed.”

Colorado isn’t necessarily a place where people think of biotech companies, but in the last couple years, there have been reports indicating that the Denver and Boulder areas are rapidly growing for biopharma. Colorado is noted for having an educated workforce—41.3 percent are college graduates and 90.5 percent are high school graduates—and the state has one of only 13 “Select Agent” biocontainment facilities in the U.S. The Rocky Mountain Regional Biocontainment Laboratory (RMRBL) is located in the Judson Harper Research Complex on the Colorado State University Foothills Campus. There is also a Biosafety Level 3 Laboratory at CSU, which is part of the CDC Laboratory Response Network and the USDA National Animal Health Laboratory Network, which is part of the Fort Collins Veterinary Diagnostic Laboratory.

In 2017, financial and professional services firm JLL published a report looking at the life sciences industry around the country, determining the top 16 U.S. life science clusters. It took into account eight factors, including employment concentration, venture capital funding, NIH funding, employment growth and others. Greater Boston, not surprisingly, was the number one spot, followed by San Francisco Bay. However, number three was Raleigh-Durham, North Carolina. That area is, among other things, the site of major expansion by Novo Nordisk for a manufacturing facility for its diabetes drugs.

The fourth spot was occupied by San Diego, and the fifth was Seattle-Bellevue.

BioSpace, Inc. has developed Hotbed Campaigns for 30 years, recognizing the life science and biopharma activity in a number of regions around the country. Those hotbeds include Biotech Bay, Biotech Beach (Southern California), BioCapital (Delaware, Maryland, Virginia, Washington, DC), BioMidwest, and many others.

If anything, it’s clear that there are numerous opportunities for biotech startups all across the country.