Texas Plants its Flag as Next US Biotech Hub 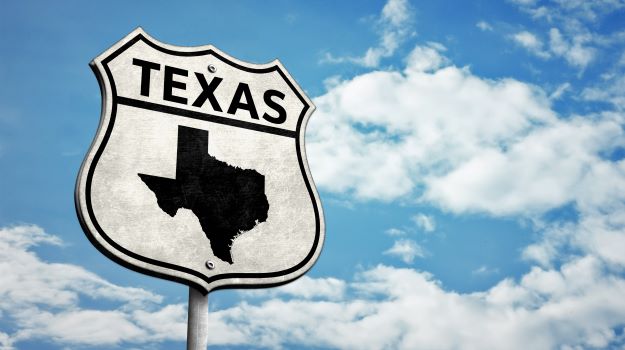 Everything is bigger in Texas – except the life sciences industry. But the Lone Star state is hoping to expand that arena too, specifically in the Dallas-Fort Worth area.

Membership-based shared lab network BioLabs has always planted its flag in key biotech innovation areas – Boston, Cambridge, New York, Research Triangle Park, Princeton, Philly, and San Diego. Since 2009, the network has helped form or launch over 230 companies. It’s designed with startups in mind to get them up and running quickly and provide access to resources and connections to fuel their goals.

Now BioLabs is opening its next hub in Dallas, in a 37,000-square-foot flexible life science facility inside a massive under-renovation campus named for the ExxonMobil flying red horse that graces the building from times past. The Biotech+ Hub can accommodate 35 startups, for which it's now accepting applications.

Driven by Lyda Hill Philanthropies and J. Small Investments, the redevelopment of Pegasus Park’s 23-acre, six-building campus is all about accelerating life science and healthcare discoveries, with a dash of entertainment and dining venues, including a gym and conference center. The dream is a central location where startups can rub shoulders with industry leaders, and academics can network to drive cutting-edge R&D in a very non-Texas, west coast kind of way. Renovations are underway, with a mid-December opening the goal.

The Dallas-Fort Worth area currently boasts more than 60 companies and 27,000 jobs in biotech and life sciences. Startup accelerator and incubator TechFW saw its client Encore Vision graduate from a suite down the hall into a $465 million acquisition by Swiss pharma giant Novartis in 2016. Encore had an eyedrop in development for treating presbyopia to reduce the need for bi-focals or reading glasses.

The year before that, TechFW client ZS Pharma was scooped up by AstraZeneca for a massive $2.7 billion. Lokelma, the acquired drug, is for treating adults with elevated potassium levels in the blood due to cardiovascular, renal, and metabolic disease. After an initial FDA rejection, Lokelma was approved a year later in 2018.

BioLabs’ chief operating officer Adam Milne is excited to see what the Dallas market will do for biotech startups. In the past, after finding initial success in the northern Texas area, companies felt pressure to move to hubs like Boston or San Francisco in order to grow. BioLabs business model is structured for clients to outgrow the space and resources they offer in about 18 months on average. The hope is that a campus like Pegasus Park might attract larger biotech companies to help create ongoing opportunities right in Dallas.

“In order for biotech to be successful, it has to have technology, investors and a network,” said Dr. Aaron Fletcher, a biochemistry professor who inveted in Encore in its early days. “The technology obviously has been building, the investors have been coming, and now it’s a matter of developing the network.”

The successes of other Texas life science companies are hopefully eye-opening to investors and fellow biotech companies on both coasts. Reata Pharmaceuticals got its initial investments from the Dallas area. Now based in Plano, it scored $60.5 million in its 2016 IPO. Last year, the kidney disease drug maker scooped up a $350 million investment from Blackstone Life Sciences.

Launched in April of 2020 in Dallas with a UT Southwestern partnership, Taysha Gene Therapies sprinted to its IPO last fall. The FDA has already granted rare pediatric disease and orphan drug designations for multiple Taysha gene therapy candidates in the pipeline.

For many investors, a company out of Texas might feel a bit refreshing after years of seeing Boston and California on the letterhead. Real estate firm CBRE listed Dallas-Fort Worth in slot 6 of their top 10 emerging life science clusters in the U.S. last fall. From January to March, companies in north Texas attracted $310 million in investments, a 376% increase from the same period last year.