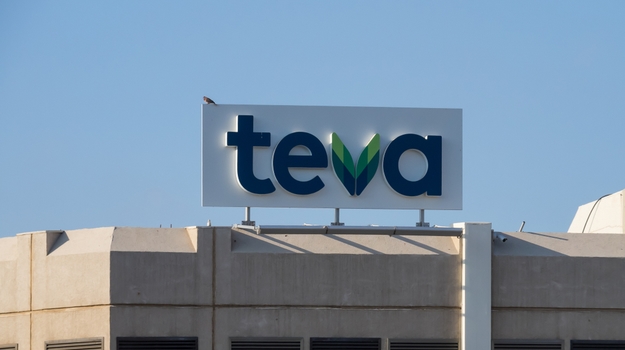 Teva's Ajovy has been stuck in legal issues for very long. (photobyphm/Shutterstock)

In 2018, Teva filed a lawsuit against Lilly in a Boston federal court. The patents involve antibodies against calcitonin gene-related peptide (CGRP), a compound associated with migraines. Teva argues that it discovered the antibodies after “years of painstaking study” into CGRP as they developed Ajovy.

Lilly, in its defense, claimed that CGRP was already well known by researchers and the Teva patents utilized well-known techniques to develop antibodies against CGRP.

The U.S. appeals court ruling upheld three patents for Ajovy. In March 2020, the court ruled six others were invalid. At the time, Lilly responded by asking PTAB, a court operated by the U.S. Patent and Trademark Office, to reconsider whether the Ajovy patents should have ever been filed.

It’s a battle that’s unlikely to be over. In June, Teva filed another lawsuit against Lilly on the same day the U.S. Patent and Trademark Office granted two new patents for Ajovy. In the new lawsuit, Teva alleges that Lilly’s Emgality infringes on these two new patents. Teva is trying to prevent Lilly from manufacturing and selling Emgality in the U.S. and is also demanding fees for damages.

Ajovy brought in $47 million in sales for Teva in the first quarter of this year, compared to $120 million for Lilly’s Emgality. Another CGRP antibody for migraine, Amgen’s Aimovig (erenumab) hit $66 million. Teva has projected annual sales of $300 million for Ajovy.

Another drug expected to be competitive is Biohaven Pharmaceuticals’ Nurtec ODT, which recently received a label expansion as a preventive therapy for migraine. It was originally approved as a treatment for acute migraine. Another CGRP antibody drug is Lundbeck’s Vypepti (eptinezumab), which was approved in February 2020 by the FDA. It is taken by infusion. In the first quarter of 2021 it brought in $12.5 million.

In a comparison of Ajovy, Emgality and Aimovig, the prices are very similar, each about $575 per dose. Aimovig is dosed once or twice a month; Ajovy is one dose monthly or three doses quarterly; Emgality has an initial two-dose loading dose followed by a monthly dose. All are injected.

In an overview of CGRP inhibitors published in February 2021, physician Timothy C. Hain wrote, “From reported data and clinical experience as of 2020, these drugs appear to be weak prevention medications—they are not ‘magic bullet’ drugs that ‘take out’ migraine, but rather are add-on prevention drugs that put another straw on the Migraine camel’s back. They are ‘low risk-low gain’ drugs. This lack of magic bullet status makes sense in as much as migraine is not a homogeneous condition, and it would be hard to imagine that a single approach could make a big difference. This is the usual problem with disorders that are defined by symptoms. It also appears, at least right now (in 2020), that these drugs were hugely ‘over-hyped.’”