Teva Proposes $5B Settlement for Thousands of Opioid Lawsuits 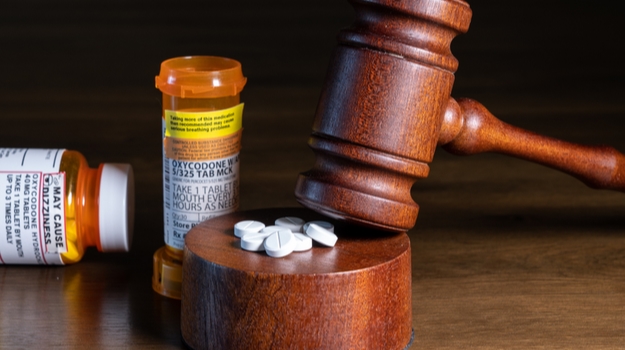 In its second quarter financial report this year, Teva Pharmaceuticals announced that it had arrived at an almost $5-billion settlement for thousands of pending opioid liability lawsuits.

The agreement, pending participation by states and subdivisions, will see the Tel-Aviv, Israel-based company pay $3.7 billion in cash to states and other local government units over a 13-year period and shoulder all lawyer fees incurred by the plaintiffs. Under the terms of the proposed settlement, Teva will also provide $1.2-billion worth of the generic version of Narcan (naloxone hydrochloride nasal spray), a drug to reverse opioid overdose, spread over 10 years.

Teva expects to finalize and complete the documentation needed for the proposal in the coming weeks, followed by a nationwide sign-on process for states, subdivisions and Native American tribes. If agreed upon by enough plaintiffs, the settlement would resolve most opioid-related cases against Teva. Except for the potential relief phase of a New York litigation, no remaining trials are scheduled for the rest of the year.

The company maintains that its settlement does not constitute an admission of wrongdoing, insisting that it is only in its best interest to move past the lawsuits to better serve their patients.

Teva’s proposal is also contingent on settlements by Allergan, whose opioid generics Teva bought in 2016. Pharma giant AbbVie acquired Allergan in 2019. Allergan must reach its nationwide settlement for Teva’s to push through. The two companies must also agree on how much Allergan owes Teva for claims filed before the 2016 acquisition.

News about Teva’s plans to settle first surfaced in May, when a Bloomberg report cited three unnamed sources who knew that both Teva and AbbVie were willing to fork over a combined $5 billion to quiet the lawsuits. At the time, it was still unclear how much each company was contributing to the sum, but Teva chief executive officer Kare Schultz pegged Teva’s share to be at around $2.6 billion in cash and medicine.

These opioid lawsuits have long been a painful thorn in Teva’s side. In March 2019, New York Attorney General Letitia James filed what her office called the “nation’s most comprehensive suit against opioid distributors and manufacturers.” Among the defendants were Teva and Allergan, which was already under AbbVie at the time.

The charge was that these companies engaged in years of deceptive marketing and were remiss in their duties to monitor the large-scale diversion of opioid substances—and that they were all ultimately responsible for the opioid crisis in the state. Nearly three years later, in December 2021, a New York jury found Teva guilty of misleading people about the dangers of opioids, in a ruling that could set the company back by more than $1.5 billion. Teva said that it would appeal the decision.

Earlier this month, NY Attorney General James continued her rally against Teva and revealed evidence that the Israel-based parent company, not just its United States unit, intentionally misrepresented its role in the opioids industry in the U.S. “to evade legal action and accountability.”

Teva’s legal woes go far beyond New York, too. In March this year, the company and AbbVie settled opioid-related lawsuits in Rhode Island for a total of $28.5 million. In September last year, the company surrendered $15 million to the state of Louisiana for similar cases.