Boehringer and Surrozen Seek Retinal Therapies Along the Wnt Pathway 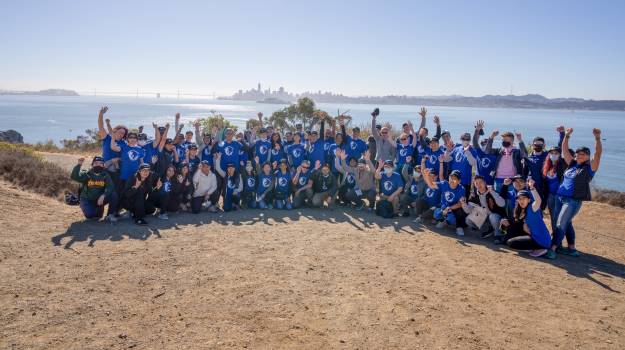 Surrozen Inc announced Thursday it has partnered with Boehringer Ingelheim to research and develop a therapeutic for the treatment of retinal diseases.

The alliance will combine this technology with Boehringer's research and development expertise to develop a first-in-class treatment for patients with eye diseases, Surrozen announced.

It is the first strategic partnership struck by the 6-year-old Bay-based biotech for one of its developmental compounds.

Craig Parker, CEO of Surrozen, said this is an exciting time for the company as it prepares to pass along its first in-house developed asset to a partner.

Parker told BioSpace Surrozen has been on the lookout for potential partners for a while. Retinal health is a stated focus for Boehringer and the partnership made sense, he said.

“Their capabilities and knowledge about the genetics surrounding this indication were impressive,” Parker said. “Retinal health is a new commitment they made. They’re the optimal partner to translate the evidence we’ve generated into potential therapies for people with retinal diseases.”

Diabetic retinopathy is a microvascular complication of diabetes. It is a major cause of vision loss and disability. The disease can cause diabetic macular edema and retinal ischemia. Parker said SZN-413 has the potential to allow for the regeneration of healthy eye tissue, which could not only halt retinopathy but potentially reverse the course of the disease.

Diabetic retinopathy can also lead to overproduction of multiple signaling molecules, including VEGF. There are currently multiple anti-VEGF therapies on the market, including Genentech’s Avastin and Lucentis. However, so far none have shown success in treating retinal ischemia, according to Surrozen. That leaves a high unmet need for an approach like SZN-413.

Last month, Surrozen published an article in Translational Vision Sciences and Technology highlighting the capabilities of SZN-413 in preclinical models of diabetic retinopathy.

The data highlights the potential for SZN-413 to “simultaneously address the retinal non-perfusion and vascular leakage observed in both oxygen-induced and VEGF-induced preclinical diabetic retinopathy (DR) models," the company noted.

The paper confirmed that FZD4 and LRP5 are the most abundant and relatively specific receptors expressed in retinal endothelial cells (ECs) and that SZN-413 “induced tight junction proteins in retinal vascular ECs.”

Under terms of the deal, Boehringer made an upfront payment of $12.5 million to license SZN-413, as well as other Fzd4-specific Wnt-modulating molecules that could be a treatment for retinal diseases. Following an initial period of joint research, Boehringer will assume all development and commercial responsibilities.

Surrozen will be eligible for up to an additional $586.5 million in developmental and commercial milestones. If SCN-413 is approved for commercial use, Surrozen stands to earn mid-single-digit to low-double-digit royalties on sales.