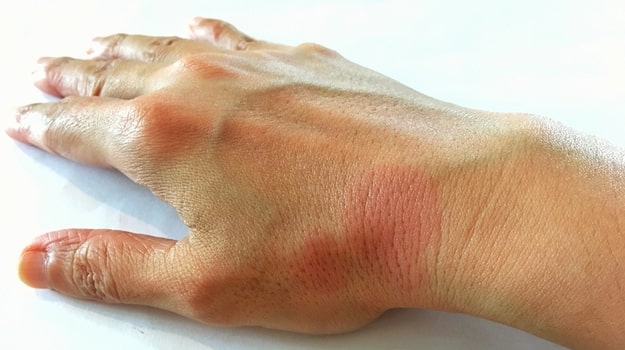 The two-part Phase II LILAC study of BIIB059 enrolled 264 patients with SLE (part A) and active cutaneous lupus erythematosus (part B). Participants were randomly assigned to either BIIB059 or placebo. In the SLE part of the study, a total of 132 patients with SLE were enrolled. Participants in this part of the study received subcutaneous injections of BIIB059 450 mg once every four weeks with an additional dose at week two.

The SLE part of the study met its primary endpoint of reducing joint disease activity, as demonstrated by a significant change from baseline to week 24 in total active joint count in the BIIB059 arm compared with the placebo group (p=0.037). Total active joint count is defined as the total number of swollen or tender joints, a common symptom of SLE that greatly impacts patients’ quality of life.

Additionally, the study’s part A met its secondary endpoint for an overall reduction in disease activity, as measured by the SLE Responder Index-4. Participants assigned to BIIB059 had a significantly greater response compared with those who received placebo (56.77% vs. 30.42%, respectively; p=0.004).

The new findings from Biogen’s Phase II LILAC trial will be discussed at the upcoming American College of Rheumatology’s ACR Convergence 2020, which is being held as a virtual event starting November 5 through 9, 2020.

BIIB059 represents the tip of the iceberg of the drug development news coming from Biogen this week. Just yesterday, the U.S. Food and Drug Administration recused Mayo Clinic neurologist Dr. David Knopman from an 11-person advisory committee reviewing the Cambridge, MA-based biotech’s investigational Alzheimer’s disease (AD) drug aducanumab. The agency cited conflict of interest as a reason for barring the member from the review panel.

Dr. Knopman has frequently criticized the drug, including in a recent paper published in Alzheimer’s & Dementia. In the paper, he wrote that the efficacy of aducanumab as a treatment for AD-related cognitive dysfunction “cannot be proven by clinical trials with divergent outcomes.”

The FDA is currently tasked with deciding whether or not to approve the AD drug; the decision is set to be made in March 2021. Aducanumab could be the first FDA-approved antibody drug to treat an underlying cause of dementia. Biogen says the therapy removes harmful plaques from the brain, one of the key drivers for AD. One major study showed that the drug significantly slowed functional and cognitive decline, but another trial showed aducanumab only provided benefit for patients given a high dose for at least 10 months.

Last year, Biogen ended a pivotal trial of the drug after an early analysis showed it did not offer a benefit. Only months later did Biogen reverse its line of thought by announcing it had started to seek FDA approval for the AD therapy. Also in late October, the European Medicines Agency accepted Biogen’s marketing authorization application for aducanumab for the treatment of AD. And just two months prior, the FDA accepted Biogen’s biologics license application for the drug with priority review.