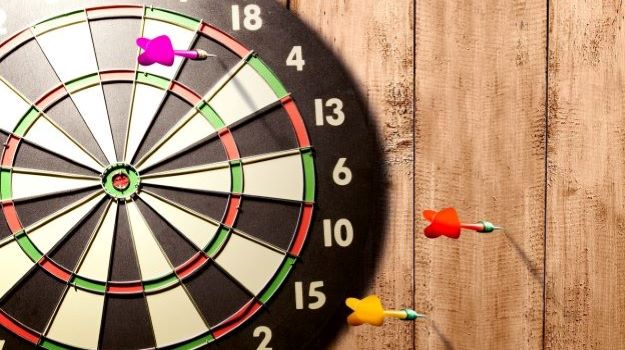 In keeping with the statistic that only about one drug in 10 makes it to regulatory approval, this week has seen several clinical trial failures. Here’s an in-depth look at a few of them.

Neurocrine Biosciences has reportedly abandoned a program for drug candidate NBI-827104 after it failed to hit its primary endpoint in a Phase IIa trial. In a sparsely worded release, the company said, “Based on the totality of data from the Phase IIa study, at this time, we do not plan to proceed further with the clinical development of NBI-827104 in essential tremor.”

Neurocrine is continuing to evaluate the drug in pediatric epilepsy and adult seizures. NBI-827104 is a T-type calcium channel blocker. In 2019, the company paid $5 million to Idorsia for an option, then in 2020 exercised the option, paying $45 million.

“It was a high-quality single-center trial, well controlled and…as we looked at the data, the trial design and the way in which the trial played out actually were not responsible for the negative result,” Dr. Eiry Roberts, M.D., the company’s chief medical officer, said on a conference call. “It was a failed trial. It was a negative trial. We saw some evidence of activity, but the signal was not sufficiently robust to hit statistical significance or to hit clinical relevance either on the accelerometer or on the test endpoints that we looked at.”

Akebia Therapeutics announced initial data from an investigator-sponsored trial of vadadustat, an oral hypoxia-inducible factor prolyl hydroxylase inhibitor (HIF-PHI), for the prevention and treatment of Acute Respiratory Distress Syndrome (ARDS) in COVID-19 patients and hypoxemia. The Phase II trial, conducted by the University of Texas Health Science Center at Houston, failed to hit the primary superiority threshold of greater than 95% probability. It did, however, demonstrate 94% probability of conferring benefit on the NIAID-OS at Day 14.

“While the trial missed its prespecified primary endpoint at Day 14, we are extremely encouraged by the data and believe they support further developing vadadustat as a treatment for ARDS due to COVID-19 or other causes,” Akebia CEO John P. Butler said. “I want to thank UTHealth for delivering a well-executed clinical trial during this difficult period…We will now work to review the full data set more thoroughly, consult with experts in the field and ultimately consult FDA on a potential path forward.”

On Tuesday, Eliem Therapeutics reported results from its Phase IIa trial of ETX-810 for lumbosacral radicular pain (LSRP). The study failed to achieve statistically signification separation from placebo on its primary endpoint, which was change from baseline to week four in the weekly average of the daily pain score measured with the Pain Intensity Numerical Rating Scale (PI-NRS). This was consistent with the Phase IIa study of the drug in diabetic peripheral neuropathic pain (DPNP). As a result, Eliem is discontinuing development of the drug.

ETX-810 is a new entity prodrug of the bioactive lipid palmitoylethanolamide (PEA).

“We are disappointed with the Phase IIa data that we have obtained for ETX-810 across both the DPNP and LSRP indications,” Bob Azelby, president and CEO of Eliem said. “As with our DPNP trial, we believe this LSRP trial was a well-executed trial with balanced study arms and an observed placebo effect consistent with expectations, and thus we are confident that the results are unambiguous in demonstrating that ETX-810 has not shown a clinical benefit.”

At the Alzheimer's Association International Conference (AAIC) this week, Athira Pharma presented first results from the Phase II proof-of-concept trial of fosgonimeton in mild-to-moderate Alzheimer’s disease. The primary outcome analysis (mITT, MMRM) did not meet statistical significance. However, the company indicates the data gave meaningful insights into the drug’s potential effects, including showing its potential activity, which included a decrease in plasma levels of the fluid biomarker, neurofilament light chain (NfL).

Fosgonimeton is a small-molecule positive modulator of the HGF/MET neurotrophic factor system.

“While the primary outcome analysis (mITT, MMRM) did not reach statistical significance, these data have given us meaningful insights into fosgonimeton’s potential effects,” Athira CMO Dr. Hans Moebius, M.D., Ph.D. said. “Importantly, they showed fosgonimeton’s potential activity, including a reduction in plasma levels of the fluid biomarker, neurofilament light chain, a validated biomarker of neurodegeneration, in this mild-to-moderate Alzheimer’s disease patient population and demonstrated its favorable tolerability and safety profile over six months.”