FDA Made the Right Call on Lilly's Donanemab, Some Experts Say 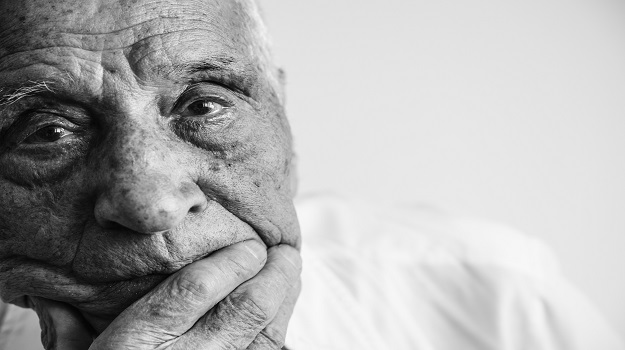 donanemab, an investigational antibody to ameliorate the symptoms of Alzheimer’s disease (AD). While the news may have disappointed the company, some AD experts asserted the FDA’s actions were appropriate. What’s more, Lilly’s approach with donanemab is misdirected, critics suggested.

Because donanemab works chiefly to remove plaques in the brain, without benchmarking efficacy, such as improved function, quality of life and independence for AD patients, it doesn’t portend any real progress for patients, Sharon L. Rogers, Ph.D., CEO of AmyriAD and long-time AD specialist told BioSpace.

No Evidence of Disease Modification

While the Lilly study sought disease modification by using donanemab to remove amyloid plaques, even if the trial had been successful in other measures research hasn’t shown that removing amyloid plaques alone improves function in an AD patient, Rogers said.

As such, Rogers stepped into the turbulent waters of the anti-amyloid theory, saying the Lilly denial was not surprising. Even when a drug effectively removes plaques, it may not improve overall function.

“Early studies were wildly successful at removing beta-amyloid in the brain, bringing sort of a Swiss cheese [look to the brain], but there was no new re-arborization of brain fibers,” she said. “What they found was that [drugs aimed at disease modification] did not improve cognition or global function. So that was the failure.”

Maria L. Macchecchini, Ph.D., founder, president and CEO of Annovis, told BioSpace that even if Lilly comes back with another study showing further plaque removal, the FDA’s response will be the same.

“[Donanemab] is perfect at removing plaque, but [patients] have zero cognition [improvement] with the drug, she said.

Macchecchini founded Annovis in May 2008 to develop better therapeutics for Alzheimer’s, Parkinson’s and other neurodegenerative diseases.

Though some interventions can slow the progression of the disease, they must be administered very early in the disease process, before most people experience symptoms. Further, tests to screen for the disease are elective, expensive and not covered by insurance.

“Biogen was a much cleaner study (than Lilly’s),” she said. There were no issues with the study data and it was statistically significant. … If you ask the caregiver if [the AD patients have seen improvement] - there is no difference.”

Thus, just because the data are clean and not “massaged,” it doesn’t mean patients will see meaningful improvements, she said.

Nonetheless, she said even stopping progression for one month is something to be applauded in the AD space, which doesn’t happen often.

“When a one-month increase in survival is celebrated in oncology … When we can turn back the clock six months [in AD], why is that not celebrated?”

The reason, she suspected, has to do with an uncomfortable truth.

“I suspect, and it's not an ‘attractive’ suspicion, but I keep wondering, how much does it have to do with the fact that these are all old people?” she said.  “And that makes my heart hurt.”

AD health advocates agree. Any advancement feels like another positive step in a space moving at a glacial pace to research and approve treatments.

Thursday, Howard Fillit, M.D., co-founder and chief scientific officer of the Alzheimer’s Drug Discovery Foundation, said donanemab “did what it was intended to do, which is to remove amyloid plaques in the brain,” in a prepared statement.

Some experts argue that anti-amyloid theory still has legs, despite criticism.

Still, in images of AD patients’ brains, you see a “construction zone for the neurotransmitters” to get from one side of the cliff to the other, Rogers said - even if Lilly shows “success” with donanemab.

Aricept (donepezil), a drug developed by Rogers and others while she was with Eisai, works by inhibiting the enzyme that breaks down those neurotransmitters so there's a greater likelihood that more of them will make it to the other side, hit the ligand-gated (channels) and continue with the neurotransmission.

From there, researchers shoot to find measures that target disease management. The disease isn’t going to be reversed by stopping disease progression, but if families and AD patients can still engage in life, for Rogers, that’s a win.

“I am very much into disease management. You've missed the mark if you're not perpetuating neurotransmission, improving cognition or tangibly improving function. There's so much to do there.”