Small Biotech Companies Hold Their Own During Pandemic 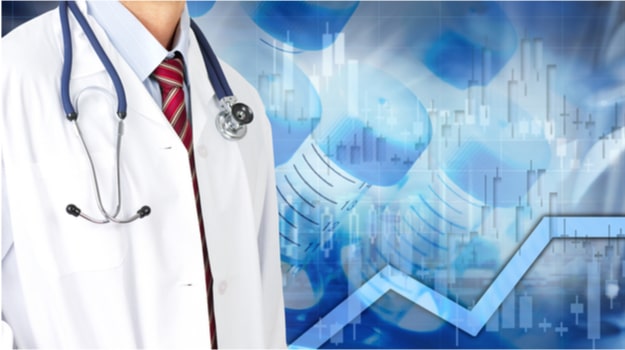 Small biotech companies generally appear to be weathering the coronavirus pandemic. While some companies have had to shutter their offices and laboratories with many staff working safely from home, expectations are for a return to normalcy soon.

As countries reopen businesses and move toward normalcy, emerging biotech companies in the U.S. and Europe have encountered a mixed bag of experiences. Many clinical trials have been halted, as trial staff and enrollees have had to remain at home due to government-mandated shutdowns. But other companies have been able to pivot their scientific platforms and take on new COVID-19 related work.

Financing rounds have been interrupted as venture managers opt to take stock of their current portfolios and concentrate on financing current companies instead of considering new investment opportunities.

Still, some emerging biotech companies have been fortunate enough to obtain government loans and other financial support, including money through the Paycheck Protection Program established by the Coronavirus Aid, Relief, and Economic Security (CARES) Act in the U.S.

Less of An Impact

Vivian Doelling, vice president, emerging company development at the North Carolina Biotechnology Center, a state-financed organization that promotes economic development, indicated that the life sciences industry has been less affected than other industries.

“Some of the small biotech companies have been shifting their research to COVID-19 work. This is especially true for companies who had open platforms or were generally developing products in the antiviral space,” Doelling said.

The center offers financing to companies, generally loans in the range of $100,000 to $750,000 per company, “to get their trajectory moving and get them to a point where other funding would be enabled,” Doelling said. She indicated that some of the companies on payment plans have asked the center to delay their payments by six months, which it has agreed to do. The center also has made milestone payments (loans) to some companies that still were able to meet objectives, indicating their research was continuing.

In addition, some contract research organizations (CROs) are receiving more COVID-19-related business from biotech, including clinical trial work, according to Doelling, who’s heard that some trials are beginning or reopening.

There have been concerns that delays of clinical trials for non-COVID-19 products might create long-term product pipeline issues for some companies. Companies often file patent applications before clinical trials begin. So, trial delays could eat into the time during which treatments can have patent exclusivity before generic competition heats up. Delays hurt smaller biotechs whose future may depend on successful trial outcomes. But this doesn’t seem to be the case.

Doelling said that some investors are planning to hold back more funds than they had anticipated for their portfolio companies.

“So, there's an expectation that there might be less money available for new investments. For the next three to six months, many investors will put a little more money into their existing portfolio companies,” she said.

The North Carolina Biotechnology Center itself has funded about 230 companies over 30 years, and makes 12 to 15 new investments every year, according to Doelling. She believes life sciences companies are “hot” investments overall, and new investments will be made. She expects that many biotech companies eventually will return to normal operations.

Concurring on the investment concerns is Martin (Marty) Rosendale, chief executive officer of the Maryland Tech Council. Rosendale believes that investors are cautious right now. “They’re going to look at their own portfolio and make sure that those companies are resilient and on solid ground. Because this is like any other economic downturn, it creates new and additional risk.

“The investors get more cautious. They want they want to do more due diligence. They want to invest in smaller tranches. And so it adds a degree of challenge for companies,” Rosendale said.

In Maryland, Rosendale said that company operations have continued or accelerated during the pandemic. “Many companies were able to continue operating by moving to a virtual workplace,” explained Rosendale. The Maryland Tech Council, an industry trade association representing technology companies in Maryland, has approximately 450 members, of which about 200 are life sciences companies, he noted.

Rosendale has not heard of any biotech companies closing permanently, although some operations may have stopped temporarily. Some companies have delayed clinical trials, as they would not want to start and halt them, he indicated.

To help companies get through the pandemic, landlords are forgiving rent, he said. The state of Maryland is making more than $175 million available as loans and other programs to help employers pay employees and other expenses incurred during the pandemic.

“I have talked to companies that are that have been out raising money since the pandemic began, and which are still out raising money,” Rosendale said. “Investors apparently are taking a cautious approach, but no one has told me that they've been forced to delay or end a funding round.”

Meanwhile in Europe, Dr. Martin Turner, head of policy and public affairs at the UK Bioindustry Association, said that the situation there was similar to what occurred in the U.S.

“Clinical trials were put on hold, and biotech financing was delayed. That had an impact on milestone payments and fundraising. Many companies have been looking at how to save cash in the short term, just to get them through the period when everything is being put on hold,” Turner said.

Turner indicated that it’s the initial rounds of bigger funding – series A financing -- that have been hurt the most, while the later rounds – series B and C – have often been completed.

“Investors made investments into their portfolio, and appear to now be withholding money to protect those current companies rather than taking more gambles on new companies,” he said.

On the positive side, Turner indicated that the UK government has offered financial support to companies that have been struggling financially, helping to pay a portion of employee salaries and by making loans available. He did not know of any biotech companies that have been bankrupted by the pandemic, suggesting that the government’s support has helped companies avoid bankruptcy. He expected research and clinical trials to continue.

Dr. Jacky Vonderscher, chief executive officer of Enyo Pharma SA, Lyon, France, a clinical stage biopharma company, said that his company’s operations had been delayed four to six months by the pandemic, but he was expecting operations to resume soon.

The French government closed the schools and transportation, and ordered people to remain home, according to Vonderscher. But it also offered to cover some company expenses, including salaries. Enyo Pharma has applied for an approximately $5 million loan from the government, which is requesting that the company’s current investors match that, Vonderscher indicated. And the company has received its tax credits from the government earlier than it usually does.

The company has therapeutic candidates in clinical trials for treating chronic hepatitis B and NASH -- non-alcoholic steatohepatitis, the liver manifestation of a metabolic disorder. The company already is continuing its hepatitis B studies in the Asia Pacific region. Management will decide soon when to restart the hepatitis B trials, according to Vonderscher.

“But our series C financing has been delayed due to COVID-19, and we’re hoping to eventually get that back on track,” said Vonderscher.

Other than closing its lab for a few months, Enyo Pharma does not expect to miss any milestones, either in terms of research or on the financial front.