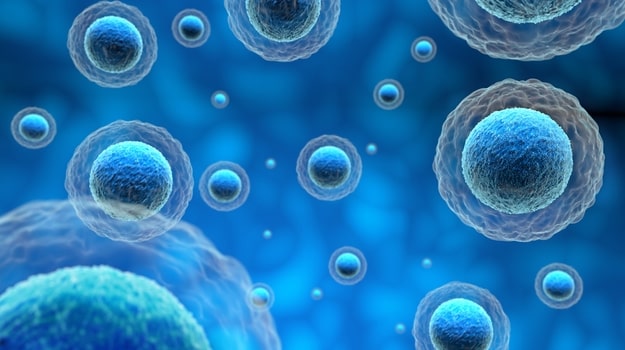 A novel, surface enhanced Raman spectroscopy (SERS) assay that allows viral evolution and replication to be studied inside single cells. It also offers a more sensitive, easier-to-use diagnostic alternative to the fluorescent or PCR methods commonly used to detect COVID-19 and other viral infections.

“Understanding viral mutations holds significant importance because of its wide impact on new vaccine design, drug resistance management, and prediction of new pathogenesis,” she said in her presentation, Addressing Viral Outbreaks With SERS: An Opportunity to Increase Sensitivity And Throughput.

SERS detects individual changes in molecules based upon how they scatter light. In a review of SERS published last year in Biosensors, Fabris and colleagues noted that SERS’s benefits included the ability to identify molecules by their vibrational fingerprints, non-destructive analysis, minimal sample preparation, the ability to make measurements in biological fluids, detect multiple analytes simultaneously, portability and, in some cases, single molecule detection.

Because changes in RNA can be detected in as few as two nucleotides, the assay Fabris’ lab developed not only can identify and quantify viral RNA in living cells, but also can detect minor changes in RNA sequences that indicate the virus is mutating, according to Thursday’s ACS presentation.

This capability is valuable in identifying superspreaders – a small number of cells or people that produce a large number of viruses.

“Right now, we’re trying to understand why some cells or people are superspreaders, and the particular conditions that make them so,” Fabris said at her press conference.

When integrated into a diagnostic test, the SERS assay makes it possible to identify people who carry mutated versions of a virus that otherwise would be undetected, thus enabling them to be treated or quarantined before spreading the virus themselves.

For proof of concept, Fabris and her team studied viral replication in single cells.
As she elaborated during the press conference, “We looked at influenza A, an RNA virus that is composed of eight segments. Each segment is composed of conserved regions (which rarely mutate). We focused on the hemagglutinin segment.”

To detect the virus’s RNA, Fabris attached beacon DNA that is specific to influenza A to gold nanoparticles.

“That DNA beacon folds or unfolds in the presence or absence of the target RNA,” she said. “When influenza A is presented to the nanoparticle, the DNA folds into a beacon loop and brings to the surface a fluorophore dye that is attached to the outermost parts of the DNA. That beacon produced a strong SERS signal that is turned on in the presence of the virus and off in its absence.”

Importantly, the team found that the beacon’s signal strength was related to viral mutations. As the virus mutated, signal strength diminished. It was able to detect as few as two nucleotide changes in the viral RNA.

“What we are working on now is (further developing) the nanoparticles to create a sensitive, accurate, diagnostic assay to detect viral RNA in circulation that also is rapid and cheaper than existing tests,” Fabris said. Determining regions of the SARS-CoV-2 genome that can be identified with SERS probes is a key focus.

“We’re collaborating with Hamamatsu Photonics KK, a Japanese optical sensor developer, to integrate one of their portable Ramen spectrometers with our particles for a rapid, accurate assay for the clinic,” Fabris said.

Hamamatsu Photonics already is introducing this advance at technical conventions, and commercialization is expected very soon, she added.

“SERS is more sensitive, but is not a clinically approved technology. It’s just now breaking into the clinic,” Fabris said. “So we wanted to provide clinicians and virologists with an approach they would be more familiar with and have the technology to use right now.”

That means adapting the nanoparticle to emit a fluorescent signal, as well as a SERS signal. “We’re very excited about both approaches,” Fabris added.

She is collaborating with Connie Chang at Montana State University to design a multiplexed microfluidics assay that produces a fluorescent – rather than a SERS – signal when specific viral RNA is detected.

With that device, she continued, “We can enclose a single cell in an individual drop, introduce nanoparticles in the drop, and identify the presence and amount of viruses there. By modulating the conditions in each drop, we can tune the cells to respond in different ways to the presence of the virus.” That capability eventually will help identify the presence of superspreaders, “and allow us to predict the onset of new, emerging pathogen with pandemic potential.”

By studying virus evolution in single cells, Fabris and her team hope to gain insights into how viruses evade vaccines and therapeutics, as well as how they may become less pathogenic. The results could inform new generations of more effective therapeutics and vaccines.