Neuroprosthesis Device Allows "Speech" for Those Who Have Lost Their Voice 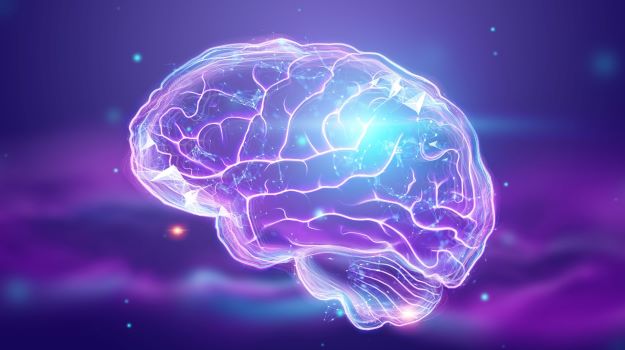 Scientists from the University of California, San Francisco have developed a tool that would give paralyzed persons who are unable to speak the ability to communicate through text that appears on a screen. The test results on a 36-year-old man diagnosed with post-stroke anarthria and spastic quadriparesis were published in the New England Journal of Medicine.

The neuroprosthetic device is at the core of the ongoing BRAVO trial, which evaluates the feasibility of using electrocorticography (ECoG) signals to regulate complex devices for motor and speech control in adults who have been severely affected by neurological disorders, such as ALS, stroke, spinal cord injury, muscular dystrophies, and multiple sclerosis.

ECoG is a monitoring method that uses a subdural, high-density, multielectrode array placed directly on the exposed surface of the brain (the sensorimotor cortex) to record electrical activity. Participants will then go through a series of assessments and training on their ability to control a robotic system to determine if ECoG brain signals can be used to produce speech. The interventional started in 2018 and is expected to reach initial completion by 2024 and overall completion by 2030.

So far, over the course of 48 sessions and 22 hours of recorded cortical activity, the man (known as BRAVO1) managed to "say" individual words from a vocabulary set of 50.

The scientists used deep-learning algorithms that create computational models for detecting and classifying words from patterns for this to happen. This computational method, combined with natural-language technology with "next word" prediction, enabled the tool to decode complete sentences as the man tried to say them. BRAVO1 is the first participant in the study.

"This trial tells us that, yes, we can restore words to someone who's lost speech from paralysis. It's the very beginning, but it definitely tells us that this is possible," said Edward Chang, M.D., a neurosurgeon of the University of California, San Francisco, in an interview with the media.

The cortical activity was decoded in real time at a median rate of 15.2 words per minute and a median word error rate of 25.6 percent. The scientists said that later observation of events led them to spot that the man attempted to produce individual words 98 percent of the time and that 47.1 percent of the attempts were accurate.

BRAVO1 reportedly suffered from a brainstem stroke when he was 20 years old. Although he lost his ability to speak, his cognitive function remained intact. He could also vocalize moans and grunts.

Since his paralysis, BRAVO1 was only able to communicate using an assistive typing interface which he controlled using head movements to produce around five correct words per minute. During the trial, researchers asked him questions like "would you like some water?" and BRAVO1's attempted reply would appear on the screen as "no, I am not thirsty."

"When I say fluent language or fluent speech, what I'm referring to is the very fluid and effortless expression of words and communication that occurs when we're speaking. Right now, in this particular trial, we've focused on text as the form of communication, but we are also actively working on restoring the actual voice through a synthetic generator of speech," added Chang.

With the positive turnout of the tool on BRAVO1, researchers are reportedly planning to expand the trial to include more people with communication deficits and severe paralysis.

A research contract supports the study under Facebook's Sponsored Academic Research Agreement, the National Institutes of Health (grant NIH U01 DC018671-01A1), Joan and Sandy Weill and the Weill Family Foundation, the Bill and Susan Oberndorf Foundation, the William K. Bowes, Jr. Foundation, and the Shurl and Kay Curci Foundation.