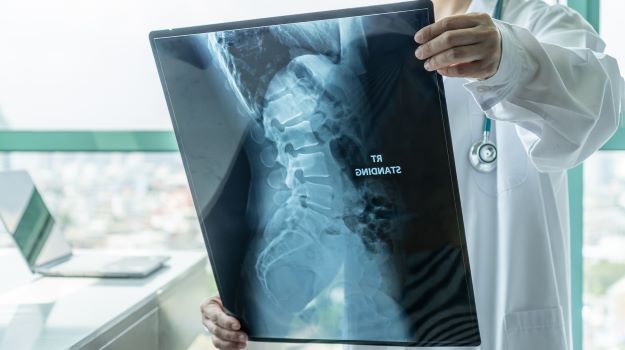 The results, revealed Friday during a podium presentation at Cure SMA’s Research & Clinical Care meeting, showed that in non-ambulatory patients, the average Hammersmith Functional Motor Scale-Expanded (HFMSE) score increased from 3.6 points at 12 months to 4.0 points at 24 months. HMFSE is a validated indicator of gross motor function in SMA.

Of note, three patients required scoliosis surgery during the trial’s duration, a procedure known to worsen HMFSE scores. Excluding these three patients in the analysis pointed to an even stronger effect of apitegromab, with the 24-month average HMFSE score jumping to 4.4 points. Treatment with Scholar Rock’s SMA candidate also induced similarly robust and durable improvements in upper limb function as measured by the Revised Upper Limb Module.

Afflicting some 30,000 patients in the United States, SMA is a rare genetic disorder that destroys motor neurons and muscles of the limbs and trunk. It typically manifests in young children and is often fatal.

“These data support apitegromab’s potential to meaningfully improve the lives of non-ambulatory patients with Types 2 and 3 SMA,” Nagesh Mahanthappa, Ph.D., founding chief executive officer and president of Scholar Rock, said in a statement. “As a company, we are dedicated to the SMA community and are urgently enrolling patients in our ongoing pivotal Phase III SAPPHIRE trial.”

The TOPAZ study is an ongoing, proof-of-concept open-label trial looking at the safety and efficacy of intravenous apitegromab in 58 patients with types 2 and 3 SMA. Apitegromab was tested as either a monotherapy or in combination with Biogen’s Spinraza (nusinersen). All but one of the patients, ambulatory or otherwise, have opted to continue apitegromab through the 36-month extension period.

Whereas other SMA treatments target mature myostatin, a growth factor expressed primarily in skeletal muscle, apitegromab works by selectively taking out its precursor, in turn preventing myostatin activation in the first place. This unique approach has won the drug the Fast Track, Orphan Drug and Rare Pediatric Disease designations from the U.S. Food and Drug Administration - and could potentially bring it into competition with some of the industry’s heaviest hitters.

The third FDA-approved drug for SMA is Genentech’s Evrysdi (risdiplam), which was given the nod in late 2020. In May, Evrysdi’s indication was extended to include babies under two months of age following impressive results from the RAINBOWFISH trial, which found that the drug could help babies sit, stand and even walk 12 months after first administration.