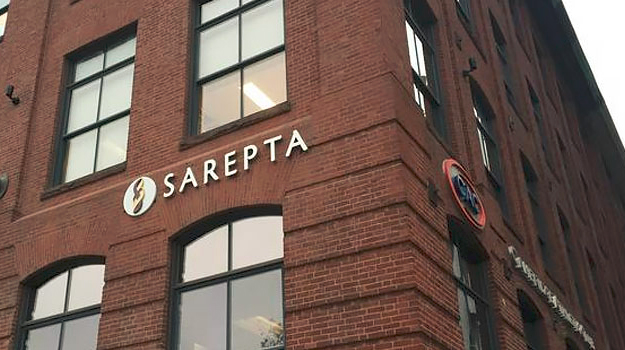 After a hard-fought battle to win the green light for Exondys 51 from the U.S. Food and Drug Administration, Sarepta Therapeutics (Formerly known as AVI BioPharma, Inc.) is planning on seeking approval of a second treatment for Duchenne muscular dystrophy (DMD).

This morning Cambridge, Mass.-based Sarepta said it intends to file for approval of its drug candidate golodirsen, a phosphordiamidate morpholino oligimer engineered to treat DMD who have genetic mutations subject to skipping exon 53 of the DMD gene. The announcement came after the company met with the FDA’s Division of Neurology Products to seek guidance on the filing of a New Drug Application. The company hopes to receive accelerated approval, which could allow it to begin marketing the drug before completion of an ongoing Phase III study.

DMD is associated with specific errors in the gene that codes for dystrophin, a protein that plays a key structural role in muscle fiber function. Progressive muscle weakness in the lower limbs spreads to the arms, neck and other areas. Eventually, increasing difficulty in breathing due to respiratory muscle dysfunction requires ventilation support, and cardiac dysfunction can lead to heart failure. One of the most common fatal genetic disorders, DMD affects approximately one in every 3,500 boys born worldwide. The condition is universally fatal, and death usually occurs before the age of 30.

“Obviously, whether golodirsen will obtain accelerated approval is a review decision that will come after the submission and review of our NDA. But we greatly appreciate the willingness of the Neurology Division to engage and provide clear direction to us on the steps necessary to support an NDA submission for accelerated approval,” Doug Ingram, Sarepta's president and chief executive officer said in a statement.

Sarepta anticipates filing for approval of golodirsen by the end of the year. Golodirsen works similarly to Exondys 51, the first drug approved by the FDA for the treatment of DMD. Both drugs are designed to skip over a genetic mutation in the DNA sequence for DMD. Exondys 51 skips exon 51 and golodirsen is designed to skip exon 53 of the DMD gene. Exon skipping is intended to allow for the production of an internally truncated but functional dystrophin protein, Sarepta said in its announcement. The mutated exon 53 shows up in about 8 percent of DMD patients.

Sarepta said it will file for approval based on results from 4053-101, a Phase I/II study that assessed the safety, tolerability pharmacokinetics and efficacy of golodirsen in 25 boys with confirmed deletions of the DMD gene amenable to exon 53 skipping. The trial demonstrated statistically significant results in favor of golodirsen on all biological endpoints, including properly exon-skipped RNA transcript using reverse transcription polymerase chain reaction, quantity of dystrophin expression using Western blot and dystrophin intensity pursuant to immunohistochemistry, Sarepta said.

In February Sarepta was forced to temporarily halt a golodirsen trial in DMD patients in the United Kingdom due to adverse events. As BioSpace reported a patient suffered from rhabdomyolysis, a breakdown of muscle tissue, which is not an uncommon condition in DMD patients. The patient had reported falling a few days prior to the adverse event.