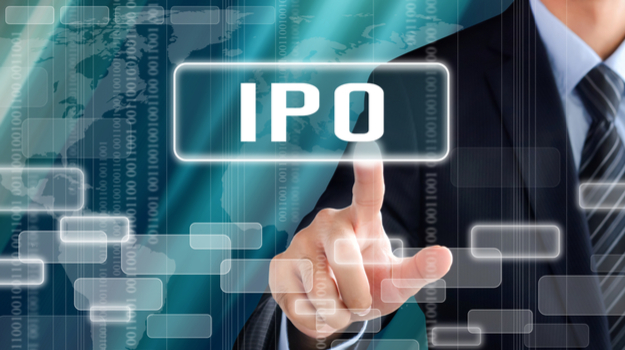 In a regulatory filing, Royalty Pharma indicated plans to offer 70 million shares of stock at a target price range of $25 to $28 per share, which would result in raising up to $1.96 billion for its initial public offering (IPO). The high end of that range would give the company a market value of $16.67 billion. If it succeeds, it would be the biggest U.S. IPO this year. The largest so far has been recording label Warner Music Group, which sold $1.93 billion at its IPO last week.

Royalty Pharma acquires biopharma royalties and also provides funds to support clinical trials in exchange for future royalties. The company website states, “Central to our investment strategy is acquiring economic interests in leading pharmaceutical and biotechnology products, and holding theses interests for the long term as part of a diversified portfolio. We invest broadly across product and therapeutic classes to capture the fundamentally attractive business model of the pharmaceutical industry, while limiting exposure to the concentrated product risk typical to many biopharmaceutical companies.”

For example, the company announced today that it had entered into a deal with Germany’s AiCuris Anti-infective Cures GmbH to acquire a partial royalty interest on Prevymis (letermovir) for $220 million. Prevymis is licensed by Merck & Co. in Kenilworth, New Jersey.

Prevymis was approved by the U.S. Food and Drug Administration (FDA) in 2017 , and a year later in Europe and Japan, for prevention of CMV infection and disease in adult CMV-seropositive recipients of an allogeneic hematopoietic stem cell transplant who are at high risk for CMV reactivation.

“The agreement with Royalty Pharma reflects the major medical need for innovative anti-infective drugs and their commercial potential, and enables us to further advance our proprietary pipeline of novel treatments against infectious diseases without losing the possibility to participate on future revenues from Prevymis,” said Holger Zimmermann, chief executive officer of AiCuris.

Back in March, Royalty acquired Massachusetts General Hospital’s royalty interest in Entyvio (vedolizumab) for $94 million. Entyvio is a monoclonal antibody marketed by Takeda Pharmaceutical Company for ulcerative colitis and Crohn’s disease. The drug was approved in the U.S. in 2014 and is broadly marketed in more than 60 countries.

“Because of the discoveries of researchers at Massachusetts General Hospital, Entyvio has improved the lives of hundreds of thousands of patients with IBD,” said Pablo Legorreta, founder and chief executive officer of Royalty Pharma, at the time. “Through transactions such as this, we are furthering our goal of accelerating innovation and making the life sciences research and development ecosystem more efficient and production.”

For their part, Chris Coburn, Partners HealthCare’s chief innovation officer, explained their involvement, noting, “Through this transaction with Royalty Pharma, we’ll be able to accelerate our investment in discovery and science for the benefit of patients worldwide. Our congratulations to the remarkable team of pathologists who realized this vision for improving patient care.”

In the first quarter of this year, Royalty Pharma’s revenue rose 15% to $500.9 million compared with the same period the previous year. Operating income dropped 16% to $361.4 million in the same period.

Royalty is expected to list on the Nasdaq under the RPRX ticker symbol.