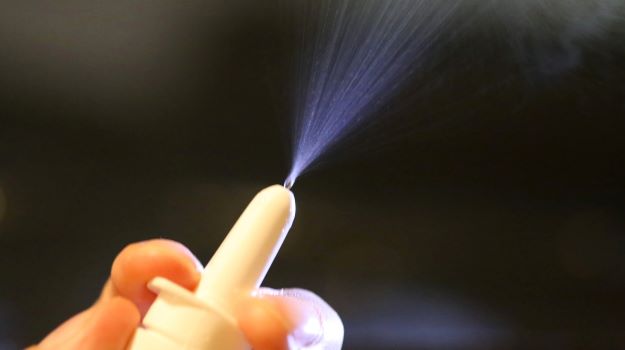 A COVID-19 nasal spray vaccine developed by Rokote Laboratories Finland Ltd., is preparing for Phase I trials in Finland…if it can win funding. The vaccine has the potential to help ensure vaccine self-sufficiency for Finland and Europe, as well as an alternative to jabs.

Rokote’s nasal spray vaccine uses an adenovirus to carry a cloned DNA strand to nasopharyngeal cells, causing them to produce a protein that launches an immune response. The nasal spray is based on gene transfer technology that has been used successfully in clinical trials involving cardiovascular disease and cancer.

Dubbed “the Linux vaccine” by company co-founder Kalle Saksela, professor of virology at the University of Helsinki, its greatest hurdle is its open-sourced, unpatented origins. Like the Linux computer operating system that also was developed at the University of Helsinki (by Linus Torvalds), this vaccine technology is freely available to all. Pharmaceutical companies, so far, see little incentive to invest or partner.

Rokote’s management team is looking to other sources. Currently, Rokote is negotiating with the Academy of Finland for additional funding to begin Phase I trials. At least €8 million is needed to prepare applications for regulators and conduct clinical trials. Then, another €50 to €60 million will be needed for a final, large-scale clinical trial involving tens of thousands of people. As yet, the company has raised only a few million euros in private funding.

"If we don't secure funding this month, we risk losing momentum. In order to increase security of supply in Finland, it would be important to get moving now, while we can still carry out clinical trials," Saksela said.

The urgency is driven by the increasing difficulty in finding the large numbers of people needed who have not yet been immunized, company founders said in the Finnish paper Yle Uutiset. As of March 14, nearly 12% of Finland’s population (more than 597,000 of 5.24 million) has received the first shot of a COVID-19 vaccine, according to an online vaccination tracker.

There is hope, however. Finnish Minister for Economic Affairs Mika Lintilä promised, during the current affairs TV programme A-studio, to raise the issue of funding with the Finnish cabinet and hinted that some degree of funding was likely.

Nasal administration for COVID-19 vaccines makes sense on multiple counts. The SARS-CoV-2 virus is transmitted through the airways, so nasal administration targets some of the first cells to contact the virus and appears to elicit a stronger immune response than typical vaccine injections.

As co-founder Seppo Ylä-Hettuala, chairman of Rokote Laboratories Finland Ltd.’s board of directors and professor at the A.I. Virtanen Institute for Molecular Sciences, explained, “Vaccines injected intramuscularly produce IgG antibodies in the bloodstream, but nasal vaccines also produce an IgA response that protects mucous membranes. We assume that this can also prevent those who have received the vaccine from transmitting the virus.”

Results in animals have been promising.

The vaccine was developed by researchers at the University of Eastern Finland and the University of Helsinki, who then formed Rokote in partnership with their universities. Initial funding was provided by the Academy of Finland.

“It is natural to continue this work in the context of a company that is able to be in charge of clinical trials in a manner required by the authorities. The universities’ ownership in the company provides excellent transparency for knowledge transfer from academic research to the company,” Ylä-Herttuala said.

This is a platform technology that can be used for multiple diseases and for variants of the SARS-CoV-2 virus. “Even if we were able to vaccinate the entire population (against SARS-CoV-2)…people in medical risk groups will still need new vaccines against new variants in the upcoming years,” Saksela pointed out.

“The vaccines currently in use provide a clearly lower protection against the South African variant, which will likely be the dominant virus in the next wave,” he predicted. “Our vaccine already takes into account the most important variants, i.e. the South African, Brazilian, and the UK (strains). There will certainly be a demand for this type of vaccine.”

Rokote plans to manufacture the vaccine in the Finvector facility at the University of Eastern Finland in Kuopio. That city is home to Ark Therapeutics' manufacturing facility for gene-based medicines – in particular those in viral vector constructs. In addition to that knowledge, Kuopio’s universities boast the largest enrollment of medical students in Finland, and the region is considered a hot-spot for public health studies.

This is one of only a handful of nasal vaccines in development against SARS-CoV-2. Another, which just received approval to being clinical trials, is being developed by San Francisco-based Meissa Vaccines, Inc. It is a live, attenuated vaccine against respiratory syncytial virus (RSV) that expresses the spike protein of SARS-CoV-2. It can be administered as a spray or as drops. Recruitment is expected to begin at the end of March.