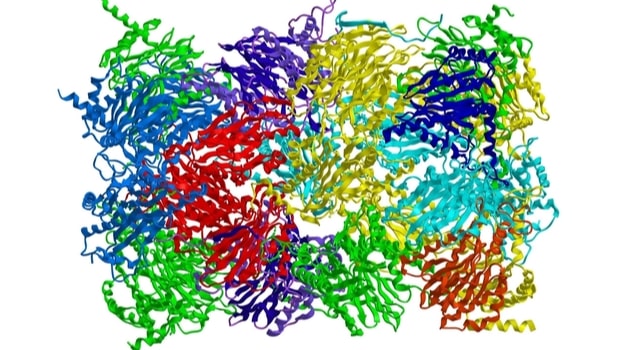 Roivant Sciences announced its targeted protein degradation platform, with its first pipeline candidate expected to enter the clinic in 2021. The hope is to build multiple “future Vants”—the typical name of companies that fall under Vivek Ramaswamy’s Roivant umbrella—using this platform.

The company’s protein degrader pipeline is built on VantAI, a computational drug discovery platform. The company began using this technology for in silico drug design, target prediction, interactome mapping and ADMET (absorption, distribution, metabolism, excretion and toxicity) optimization in the beginning of 2019. To date, it has designed degraders for six unique targets.

In addition to the unveiling of the protein degradation platform, Roivant announced they had completed the acquisition of Oncopia Therapeutics. Oncopia focuses on first-in-class and best-in-class targeted protein degraders. Roivant has also expanded a research partnership with the University of Michigan to support the research of Shaomeng Wang, Warner-Lambert/Parke-Davis Professor in Medicine and Professor of Internal Medicine, Pharmacology and Medicinal Chemistry. Wang is also director of the Michigan Center for Therapeutic Innovation, co-founder of Oncopia Therapeutics, and an expert on the discovery of protein degraders.

The protein degradation platform is also supported by SK Holdings, a strategic investment division of SK Group in South Korea. As part of a strategic deal, SK Holdings is ponying up $200 million equity investment in the platform. The platform will be overseen by Roger Sidhu, chief medical officer and head of R&D at Roivant.

Targeted protein degradation is a new therapeutic modality, by leveraging the ubiquitin-proteasome system in the cells. The more typical drug development strategy is inhibiting or blocking the action of proteins. But only about 25% of the 20,000 proteins in the human body can be drugged by traditional methods. Potentially, the other 75% can be drugged using PROTACs, Proteolysis-Targeting Chimera, or potentially other systems, that cause proteins to degrade. PROTACs uses a cell’s own quality control structures to bind to a specific protein and tag it for degradation, which then is removed from the cell.

“We see targeted protein degradation as one of the most promising areas for novel drug discovery and we intend to build a leadership position in the field,” Ramaswamy, founder and chief executive officer of Roivant, said.

Dong Hyum Jang, chief executive officer of SK Holdings, stated, “SK Holdings and Roivant share many things in common, including our investment philosophy and our desire to improve upon the status quo by working together. We believe that AI-powered targeted protein degradation will not only improve inefficiencies in the pharmaceutical industry, but also generate significant social impact by tackling unmet medical needs. In addition to this partnership, we look forward to working together to innovate on other aspects of healthcare with a long-term vision.”