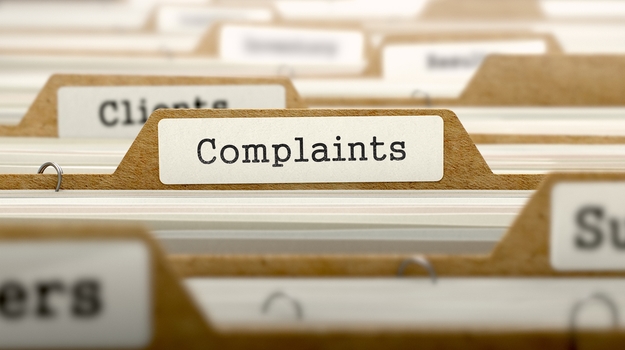 Vaccine expert Rick Bright, who was abruptly dismissed from his post as director of the Biomedical Advanced Research and Development Authority (BARDA) last month, filed a whistleblower complaint against the administration over its failures to heed warnings about the COVID-19 pandemic and accused the White House of cronyism in awarding contracts.

Bright was terminated from his role last month and reassigned to a lesser role overseeing the development and deployment of point-of-care COVID-19 testing platforms due to his opposition to statements made by the White House regarding malaria drug hydroxychloroquine as a potential treatment for COVID-19. In the complaint, Bright alleges that the Trump administration planned to ship massive quantities of hydroxychloroquine to New York and New Jersey, two areas that have been hard-hit by the pandemic, the Associated Press reported Wednesday. While there has been some anecdotal evidence the medication helped some patients, its efficacy against the novel coronavirus is clinically unproven and the U.S. Food and Drug Administration has issued warnings about treating COVID-19 patients with the medication.

“I witnessed government leadership rushing blindly into a potentially dangerous situation by bringing in non-FDA approved chloroquine from Pakistan and India, from facilities that had never been approved by the FDA,” Bright said Tuesday on a call with reporters, according to the AP. “Their eagerness to push blindly forward without sufficient data to put this drug into the hands of Americans was alarming to me and my fellow scientists.”

In the complaint, Bright said government officials rejected his warnings against COVID-19 as the virus spread from China to parts of Europe. He warned that the virus would spread to the United States and urged the government to stock up on protective masks and other equipment. He said he “acted with urgency” to address the growing spread of COVID-19 — the disease the virus causes — after the World Health Organization issued a warning in January, according to the AP. Bright said when he attempted to raise concerns over the spread of the virus, he was rebuffed by superiors at the Department of Health and Human Services and the rest of the administration.

“HHS publicly represented not only that COVID-19 was not an imminent threat, but also that HHS already had all the masks it would need,” Bright said in the complaint, according to the report.

In addition to concerns over protective masks and other equipment, Bright has also stressed that he opposed the administration’s insistence that hydroxychloroquine would be a “panacea” against COVID-19.

“Specifically, and contrary to misguided directives, I limited the broad use of chloroquine and hydroxychloroquine, promoted by the administration as a panacea, but which clearly lack scientific merit,” Bright said in an interview last month. He added that he resisted efforts to provide a drug that has not been proven to be effective in treating COVID-19 to the public.

The administration wanted to “flood” New York and New Jersey with the medication from sources in India and Pakistan that had not been inspected by the U.S. Food and Drug Administration, Bright said in the complaint. Bright argues in the complaint that the administration was pushing an unproven medication without any hard scientific data supporting it. Last month, a study of hydroxychloroquine showed no benefit in COVID-19 patients in an analysis of use across veteran’s hospitals.

Bright has not reported for duty at his new post and is fighting to get his old position back. He is also demanding an investigation into the termination. Bright filed the complaint with the Office of Special Counsel.

Throughout Bright’s career, he has primarily focused on vaccine and drug development, particularly in influenza. He focused on preparing the nation for a potential pandemic. As director of BARDA, he was instrumental in allocating government resources to companies developing vaccines against COVID-19, including a $483 million grant to support Moderna’s development of mRNA-1273, an mRNA vaccine candidate against the disease. In the complaint, Bright said he was pressured by the administration to steer those contracts and grants to clients of an unnamed lobbyist.

“Time after time I was pressured to ignore or dismiss expert scientific recommendations and instead to award lucrative contracts based on political connections,” Bright said, according to the AP. “In other words, I was pressured to let politics and cronyism drive decisions over the opinions of the best scientists we have in government.”