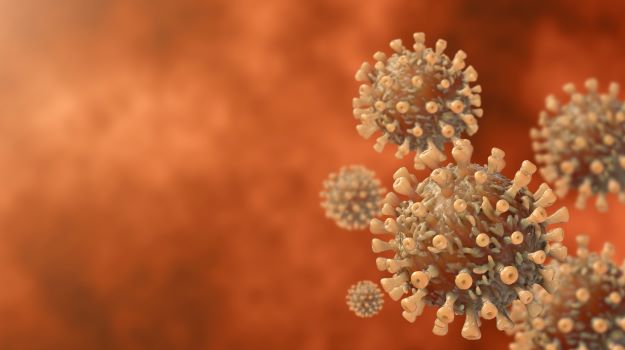 Researchers from the Cleveland Clinic have uncovered a greater understanding of the underlying causative mechanisms responsible for cognitive impairment in patients with coronavirus disease 2019 (COVID-19), providing greater insight into an issue that has remained largely shrouded in uncertainty over the past year.

The study, published online in Alzheimer’s Research & Therapy, used artificial intelligence to compare datasets comprising patients with COVID-19 and Alzheimer's disease (AD). The investigators reported no evidence suggesting SARS-CoV-2 directly infects the brain; however, there was evidence of network-based associations between the novel coronavirus and genes and proteins associated with AD and other neurologic conditions.

Additionally, the investigators assessed possible relationships between COVID-19 and neuroinflammation and brain microvascular injury – two hallmarks of AD. Significant associations were found between both pathways implicated in dementia. Also, the investigators detected abnormal AD biomarker expression in cerebrospinal fluid and blood of patients who had COVID-19.

Elevated expression of BSG and FURIN, two SARS-CoV-2 host factors, as well as antiviral defense genes LY6E, IFITM2, IFITM3, and IFNAR1 were observed in the brain endothelial cells of patients with AD as well as healthy controls compared with neurons and other types of cells. The researchers wrote that this finding suggests brain microvascular injury plays a potential role in COVID-19-mediated cognitive impairment.

In addition, patients with APOE E4/E4, the AD risk allele, demonstrated evidence of reduced antiviral defense gene expression compared with patients who carried APOE E3/E3, indicating “a lack of expression of these genes and potentially an elevated risk of SARS-CoV-2 infection” in these patients.

"We discovered that SARS-CoV-2 infection significantly altered Alzheimer's markers implicated in brain inflammation and that certain viral entry factors are highly expressed in cells in the blood-brain barrier," according to a statement made by lead study author Feixiong Cheng, PhD, an assistant staff at Cleveland Clinic's Genomic Medicine Institute. "These findings indicate that the virus may impact several genes or pathways involved in neuroinflammation and brain microvascular injury, which could lead to Alzheimer's disease-like cognitive impairment."

These new research findings immediately follow other recent studies in so-called COVID-19 “long haulers,” many of whom have frequently complained of “brain fog” and other cognitive issues. In one of those studies, published in The Lancet Psychiatry, researchers found that out of 236,379 patients who had recovered from COVID-19, approximately one out of three received a diagnosis for a neuropsychiatric condition within six months. Mood disorders were the most common diagnoses.

Another study in the Annals of Clinical and Translational Neurology reported that 85% of non-hospitalized patients with long COVID-19 reported at least four long-term neurologic issues.

Late last year, when the ongoing pandemic still gripped the world, researchers also found that COVID-19 could age the brain and lead to cognitive decline equivalent to the brain aging by up to 10 years. The study, which included 84,000 patients from London, suggested that the infection with the novel coronavirus was linked to significant cognitive deficits for months. It remains unclear whether these cognitive deficits are transient or permanent or if vaccines could offer hope for long-haul COVID-19.

"Identifying how COVID-19 and neurological problems are linked will be critical for developing effective preventive and therapeutic strategies to address the surge in neurocognitive impairments that we expect to see in the future," added Dr. Cheng.