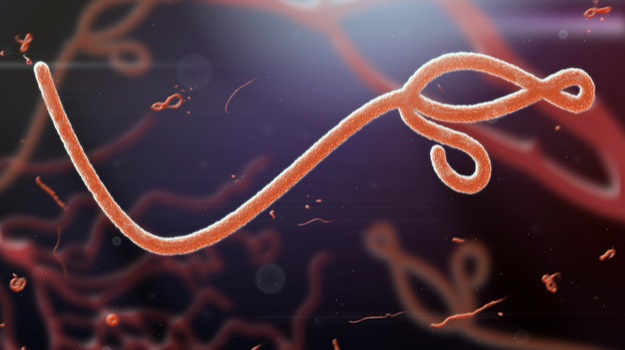 In 2014 an outbreak of the hemorrhagic Ebola virus swept across six African countries and killed more than 11,300 people. Tom Frieden, the former director of the U.S. Centers for Disease Control and Prevention, called the outbreak “the world’s first Ebola epidemic” that was “spiraling out of control.”

One of the fears at the time was that someone who was unknowingly affected with the disease would board an airplane and the virus would spread globally. And that fear became a reality with Thomas Eric Duncan of Liberia was visiting with family in Texas and was diagnosed with Ebola. He died from the illness, but not before the virus spread to two nurses who treated him at the hospital. Both nurses survived.

Craig Spencer, a physician with the organization Doctors Without Borders, returned to New York after treating Ebola patients in the country of Guinea and learned he had contracted the virus. Spencer survived but his case caused significant panic because he had visited numerous public areas across New York before he was diagnosed.

Those Ebola cases, as well as cases of other significantly lethal viral outbreaks that have occurred since, have spurred researchers to focus on the development of antivirals that can treat the illnesses. Companies are working to develop vaccines for the likes of the mosquito-borne Zika virus, MERS (Middle East Respiratory Syndrome) and, of course, Ebola.

In April, Merck and NewLink Genetics published a study that showed its vaccine for the Ebola virus provides at least two years of protection. Patients were inoculated with recombinant vesicular stomatitis virus (rVSV) vaccine for the Zaire Ebola virus glycoprotein. Patients who were treated had virus-specific antibody responses for one to two years after inoculation – which could be significant for people who live in areas where the disease could potentially break out again. BioSpace reported earlier this year that Merck will seek approval from the U.S. Food and Drug Administration (FDA) for the antiviral. The World Health Organization has recommended the Merck vaccine should be used under the Expanded Access framework if an Ebola outbreak occurs.

The Zika virus is also a popular target for vaccine makers. In 2016 there were increased reports of the virus in the United States. Between the end of 2015 and June 6 of this year, the CDC noted there have been 5,701 Zika cases in the United States and more than 37,000 cases reported in U.S. territories during that same period. The Zika virus is a mosquito-borne disease that causes mild flu-like symptoms in most people. In pregnant women, it may be linked to an increased rate of microencephaly, a neurodevelopmental disorder characterized by a smaller-than-normal head and brain size.

Google’s life sciences company Verily is also focusing its R&D efforts on the Zika virus. The company is attempting to figure out how to prevent the pesky pests from reproducing. Verily has plans to unleash large populations of genetically-altered male mosquitos into undisclosed areas where the bugs are active. When the mosquitoes reproduce, the genetically altered bugs would pass along a mutation that would kill off the offspring. Another concept by the company would be to infect the bugs with the bacteria Wolbachia, so that it prevents the males from properly fertilizing female mosquito eggs.

Last year the National Institute of Allergy and Infectious Diseases reported positive Phase I results from its experimental Zika vaccine. The agency began Phase II testing of its candidate to determine if the gene-based vaccine can prevent Zika virus infection. The NIAID developed two different plasmids for clinical testing, VRC5288 and VRC5283. According to the government, the plasmids are nearly identical, but they differ in specific regions of the genes that might affect protein expression and therefore immunogenicity.

While companies are developing anti-virals, a group of scientists has banded together to form the Global Virome Project with a goal of pinpointing potential outbreak of fatal new diseases before they begin to make people ill. According to The Guardian, advocates of the GVP believe they can genetically characterize viruses found in wild animals that could become a threat to humans. Pinpointing viruses that can make the species jump will allow for the development of counter-measures. The project has pilot program backed by the U.S. Agency for International Development that has “already pinpointed more than a thousand viruses in animals that have the potential to infect humans,” The Guardian said.