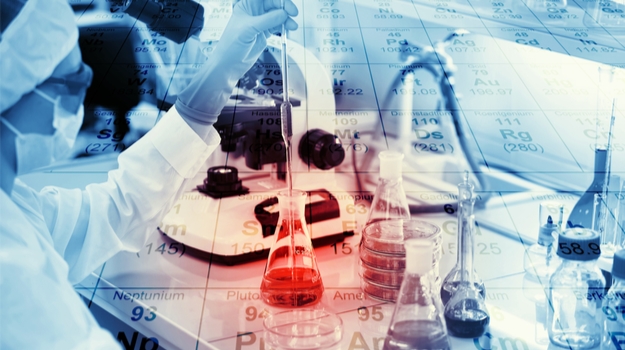 Researchers at Johns Hopkins developed a molecule that blocks glutamine metabolism. In their studies, they found that this slowed tumor growth, changed the tumor microenvironment, and promoted production of high-active anti-tumor T-cells. They believe it could be used across a wide spectrum of cancer types.

“By targeting glutamine metabolism, we were not only able to inhibit tumor growth and change the tumor microenvironment, but also alter the T-cells in a way that we markedly enhanced immunotherapy for cancer,” said Jonathan Powell, associate director of the Bloomberg-Kimmel Institute for Cancer Immunotherapy at the Johns Hopkins Kimmel Cancer Center. “In the beginning, our thought was that if we could target tumor metabolism, we could achieve two goals: slow tumor growth and alter the tumor microenvironment.”

The compound, JHU083, in mice, significantly decreased tumor growth and improved survival in a number of different cancer models. They also experimented on using JHU083 and a checkpoint inhibitor. “Initially, we thought we would need to use the two therapies sequentially in order to avoid any potential impact of the metabolic therapy on the immunotherapy,” Powell said. “Remarkably, however, it turned out that the combined treatment worked best when we gave them simultaneously. We found that JHU083 was having a very positive, very direct effect on the immune cells, and we had to investigate why.”

Most Foods in the US are Deemed “Hyper-Palatable”

Although many nutritionists and researchers have dubbed a class of foods “hyper-palatable,” which typically means a combination of fat, sugar, carbohydrates and sodium, there has been no specific guidelines for that class of food. Researchers published an article in Obesity that offers specific metrics to qualify hyper-palatable, and found that most foods in the U.S. met those criteria. What this means is that much of the food eaten in the U.S. is designed by food companies to light up your brain-reward neural circuit and overwhelm natural brain mechanisms to signal when we’ve had enough to eat.

Adipsin is a protein produced in body fat. It seems to protect pancreatic beta cells, which produce insulin, from destruction in type 2 diabetes. In a study of middle-aged adults, higher levels of adipsin was associated with protection from type 2 diabetes. Adipsin appears to activate a molecule called C3a, which protects and support function of beta cells. C3a also suppresses an enzyme called Dusp26 that can damage and kill beta cells. By directly blocking DUSP26 in human beta cells, the researchers found it protected the beta cells from death.

Researchers with Rockefeller University discovered something completely unexpected—the affected neurons in Parkinson’s may not be dead. They found they may shut down without dying and these “undead neurons” release molecules that shut down neighboring brain cells, which leads to the common Parkinson’s symptoms. The research focused on the function of a Parkinson’s protein called SATB1 in dopamine-producing neurons. SATB1’s activity is decreased in Parkinson’s disease. The researchers grew human stem cells into dopamine neurons in a petri dish. They then silenced the gene for SATB1.

The Role of Enzymes in Antibiotic Synthesis

Researchers at McGill University were able to develop a technique to take ultra-high resolution 3D images of nonribosomal peptide synthetases (NRPSs). NRPS’s synthesize a broad range of antibiotics, as well as molecules to fight viral infections and cancers. They discovered significantly new information about how the NRPSs work, which may lead to the production of new antibiotics.

The mitochondria are the energy engines of the cell. They burn oxygen and provide energy. Researchers discovered that mitochondria, under low oxygen and nutrient conditions, are rewired to use glycolysis, where sugar is fermented without oxygen. These conditions are common in cancers. The researchers identified a new signaling pathway, which may have implications for pancreatic cancer and other tumors.

Researchers at Purdue University have developed a combination of the anthrax toxin with a growth factor to kill bladder cancer cells and tumors. Bladder has a protective layer that prevents the anthrax cells from getting through, but with the addition of the growth factor, the anthrax toxin killed cancer cells within minutes without harming the normal bladder cells. The research was tested in dogs with bladder cancer who had no other treatment options. The treatment decreased the tumor size without causing any other side effects.