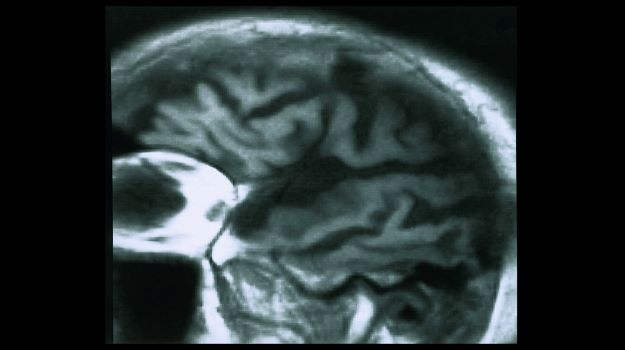 One particular gene variant, APOE4, is associated with an increased risk of Alzheimer’s disease. But why that is the case, what the mechanism of action is, has eluded researchers. At least one pathway has been determined, and it has possible repercussions in developing therapies against the disease. For that and more research news, continue reading.

Insight into APOE4 Mechanism of Action in Alzheimer’s Disease

A European consortium coordinated by the University of Geneva believes they have identified at least one mechanism of action. Astrocytes are a star-shaped type of immune cell in the brain that helps maintain brain cells (neurons) by feeding and detoxifying them with the help of APOE. Unexpectedly, working with the University of Geneva, the European Molecular Biology Laboratory (EMBL), the University of Zurich and AbbVie, they found that instead of having decreased or less function, APOE4 is more efficient, and by triggering the secretion of lipids from astrocytes, it causes the accumulation of possibly toxic lipids that are dangerous to neurons. They published their research in the journal Cell Reports.

First, the research groups identified novel molecular mechanisms for how APOE binds to astrocyte membranes that detect and extract the lipids it needs. They found that APOE is efficient at transporting harmful lipids produced in neurons, but APOE4 was even more efficient than the other forms. But as astrocytes age, they grow less efficient and begin accumulating lipids instead of destroying them. This occurs with all of the APOE forms but is worse with APOE4, which stimulates the secretion of triglycerides, where they accumulate uncontrollably. They believe it’s possible that this accumulation of triglycerides in the brain could be an essential contributor to neuronal death, a significant aspect of Alzheimer’s disease.

“We observed that cellular aging diverts APOE from its primary function — transporting lipids to neurons and also recovering lipid waste from them — towards the secretion of triglycerides, particular lipid species that could become harmful if not removed,” said Karina Lindner, a Ph.D. student in Anne-Claude Gavin’s laboratory at the University of Geneva. “APOE4 would thus have the capacity to accelerate the pathological process in the disease through the mechanism we have discovered.”

A study out of the Max Delbruck Center for Molecular Medicine in the Helmholtz Association found that statins, which are used to lower cholesterol levels, appear to inhibit a gene that promotes cancer cell metastasis. The researchers found that a driver of metastases in human colorectal cancer was the metastasis-associated colon cancer (MACC1) gene. When cancer cells express MACC1 they have improved ability to metastasize. This is not just in colon cancer but in more than 20 solid tumors, including gastric, liver and breast cancer. In looking for inhibitors of MACC1 using high-throughput screening, they hit upon statins. All seven statins tested decreased MACC1 expression in cancer cells to varying degrees. In modified mice with increased MACC1 expression, administering statins almost completely suppressed tumor formation and metastases. An analysis of 300,000 patient medical records found that patients taking statins had half the incidence of cancer compared to the general population.

Researchers from two independent research teams found that TDP-43, the mislocalization of a protein, alters the genetic code for UNC13A. Mislocalization of TDP-43 has been associated with amyotrophic lateral sclerosis (ALS), frontotemporal dementia (FTD) and other forms of dementia. Mislocalization refers to where the protein, instead of being mostly located in the cell nucleas where the genes are activated, forms aggregates outside the nucleus — this has been associated with multiple neurodegenerative diseases.

One of the studies was a collaboration between the labs of Dr. Michael Ward, a scientist at the National Institutes of Health's NINDS and Pietro Fratta, professor at the University College London Queen Square Motor Neuron Disease Centre in the UK. The other was by Aaron Gitler, professor at Stanford University and his lab, with a team led by Len Petrucelli, professor at Mayo Clinic in Jacksonville, Florida. TDP-43 mislocalization is also observed in Alzheimer’s disease, chronic traumatic encephalopathy (CTE), limbic predominant, age-related TDP-43 encephalopathy (LATE), and inclusion body myopathy. The mislocalization changes of TDP-43 appear to be a critical factor contributing to an entire class of neurodegenerative diseases.

A team of researchers from the University of East Anglia Norwich Medical School and Quadram Institute, Earlham Institute and the Norfolk and Norwich University Hospital described a way of activating the immune system to attack leukemia cells. They were able to program macrophages via a protein called STING (Stimulator of interferon genes), a well-established immune system activator. They identified the mechanisms in the bone marrow of leukemia patients and in mouse models of acute myeloid leukemia. The bone marrow microenvironment regulates initiation, proliferation and chemotherapy resistance in acute myeloid leukemia. After cancer cells die, evidence shows the remaining debris is involved in regulating the immunologic response and the growth of solid tumors. Targeted inhibition of macrophage LC3-associated phagocytosis (LAP) led to the accumulation of apoptotic cells and apoptotic bodies, which accelerated leukemia growth. LAP of AML-derived antibodies by the bone marrow microenvironment stimulated IFN genes (STING) pathway activation. In short, they found that macrophage LAP of apoptotic debris in the AML bone marrow microenvironment suppressed tumor growth.

Investigators with the University of Waterloo, running computer simulations, found that metformin, a common drug for diabetes and pre-diabetes, and which has been used in clinical settings for cancer treatment, may have negative effects in some types of cancers. They note that in some clinical settings, drugs are sometimes prescribed in a trial-and-error fashion. Their computer model, they believe, might take some of the guesswork out of it.

“Metformin is a wonder drug, and we are just beginning to understand all its possible benefits,” said Mehrshad Sandria, a PhD candidate in applied mathematics at the University of Waterloo. “Doctors need to examine the value of the drug on a case-by-case basis, because for some cancers and some patient profiles, it may actually have the opposite of the intended effect by protecting tumor cells against stress.”