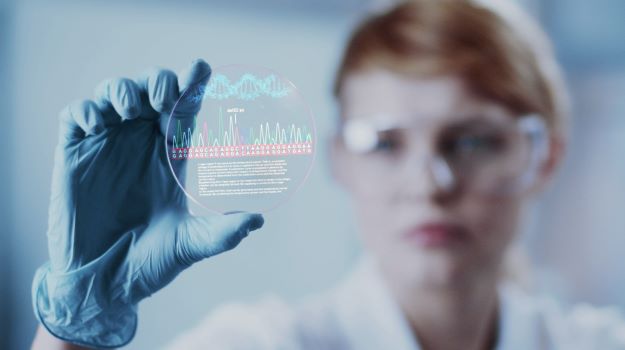 How Prions Replicate and Implications for Alzheimer’s and Parkinson’s

Prions are misfolded proteins that are associated with rare and fatal diseases, such as bovine spongiform encephalopathy (BSE or “mad cow disease”) in cattle and Creutzfeldt-Jakob Disease (CJD) in humans. Misfolded proteins have also been implicated in a number of other human neurological diseases, including Alzheimer’s, Parkinson’s and Huntington’s. Researchers at Case Western Reserve University who were studying prions, for the first time identified surface features of human prions that allows them to replicate in the brain. This may have significant implications for a range of neurodegenerative diseases. They published their research in the journal PLOS Pathogens.

“Human prion diseases are conceivably the most heterogeneous neurodegenerative disorders, and a growing body of research indicates that they are caused by distinct strains of human prions,” said Jiri Safar, professor of pathology, neurology and neurosciences at Case Western, who led the research. “However, the structural studies of human prions have lagged behind the recent progress in rodent laboratory prions, in part because of their complex molecular characteristics and prohibitive biosafety requirements necessary for investigating disease which is invariably fatal and has no treatment.”

To identify this, they developed a new three-step process involving high-intensity synchrotron x-ray beams, rapid chemical modifications of prions by short bursts of light and anti-prion antibodies, and prion replication in a test tube. They believe that this structural approach will provide a template for identifying structurally important locations on misfolded proteins in other diseases like Alzheimer’s. In Alzheimer’s, for example, proteins move from cell to cell in a fashion similar to prions.

Scientists with Massachusetts General Hospital (MGH) and the Harvard Aging Brain Study (HABS) found an unexpected discovery about the relationship between inflammation and Alzheimer’s disease. It has long been believed that neuro-inflammation is associated with Alzheimer’s disease. But this new research suggests that elevated levels of two inflammatory cytokines are linked to slower cognitive decline in aging adults. Most research has suggested, including that of this study’s co-senior author Rudolph Tanzi, vice chair of Neurology and co-director of the Henry and Allison McCance Center for Brain Health at MGH, that people with Alzheimer’s and other dementias have elevated levels of certain cytokines. The idea was to determine why some people have amyloid in their brains but don’t seem to be affected, while other people undergo cognitive decline. They found that people with significant amyloid-beta levels in their brains but also had high levels of a pro-inflammatory cytokine, interleukin 12 (IL-12), showed little cognitive decline. But if people with increased amyloid had lower IL-12 levels, they underwent more cognitive decline. And high levels of IL-12 were also associated with fewer tau tangles, another abnormal protein found in the brains of Alzheimer’s patients. Another pro-inflammatory cytokine, interferon-gamma (IFN-gamma), was associated with slower cognitive decline when its levels were elevated, whether a person had amyloid deposits or not. Tanzi believes that, although it seems counterintuitive, the higher levels of inflammation-inducing proteins might mean their immune systems were better primed to fight infections.

Researchers at Walter Reed Army Institute of Research (WRAIR), the Naval Medical Research Center, the University of Pennsylvania and Acuitas Therapeutics, developed an mRNA vaccine that works against malaria in animal models. Like the mRNA vaccines against COVID-19, it uses a segment of mRNA in a lipid nanoparticle that teaches cells to code for circumsporozoite protein, which triggers an immune response against malaria. In mice, the vaccine created high levels of protection. The most advanced malaria vaccine is dubbed RTS,S, which was developed in partnership with WRAIR, but it has some limitations. There is limited sterile efficacy and duration of protection. However, both depend on P. falciparum’s circumsporozoite protein to create an immune response. The hope is that the mRNA vaccine will provide a stronger and more durable immune response, partly by controlling the degradation of the circumsporozoite protein in the body.

Scientists from the University of Turku discovered a new mechanism that controls satiation, the feeling of being full after eating. The hormone secretin stimulates satiation by activating brown adipose (fat) tissue. Brown fat generates heat in response to cold exposure and is associated with normal weight and glucose metabolism in addition to lower risks for cardiovascular diseases. Previous studies show that meals increase thermogenesis in brown fat, but its significance wasn’t clear. Now they find that secretin, a hormone, is dumped into the blood by the intestines, and stimulates the production of peptic juices in the pancreas when we eat. Their research found secretin receptors in the brown adipose tissue of healthy people, and secretin infusions increased glycose uptake in brown fat tissue, and elevated energy expenditure in the whole body. It also decreased the activity of the reward system in the brain, with subjects showing decreased appetite and longer times between meals.

Investigators with Baylor College of Medicine discovered a new mechanism in part of the brain that regulates blood sugar levels throughout the body without affecting body weight. Within the hypothalamic region of the brain, an area called the ventromedial nucleus of the hypothalamus (VMH) has glucose-sensing neurons and regulates glucose metabolism in peripheral tissues. They identified a molecular pathway in the VMH that mediates whole-body glucose balance. This also involves Rap1, an enzyme that mediates overnutrition-associated disorders. They found that activating Rap1 exaggerated the high blood sugar levels in diet-induced obesity mouse model; genetic loss of hypothalamic Rap1 dropped the blood sugar levels, as well as insulin levels, and improved glucose and insulin tolerance. But these changes in sugar levels didn’t result in changes in body weight, which suggested a primary role of Rap1 in glucoregulatory function.

Researchers at Icahn School of Medicine at Mount Sinai developed a type of drug that turns off a master switch involved in most cases of a fatal form of lymphoma. These are small-molecule inhibitors of the SOX 11 oncogene and are toxic to mantle cell lymphoma (MCL), a fatal subtype of non-Hodgkin’s lymphoma. They screened more than 12 million compounds at the SOX 11 surface that interact with DNA and identified several small molecules that were predicted to affect the SOX 11-DNA interaction, resulting in blocking the mechanism by which MCL develops.

“The SOX 11 protein, which is expressed by up to 90% of mantle cell lymphoma patients, is an attractive target for therapy,” said senior author Samir Parekh, Professor of Medicine (Hematology and Medical Oncology), at Icahn School of Medicine at Mount Saini. “But until now, no small-molecule inhibitor had been identified. We discovered three structurally related compounds which are able to bind to the oncogene, perturb its interaction with DNA and, through their anti-MCL cytotoxicity, actually kill lymphoma cells with remarkable efficiency.”