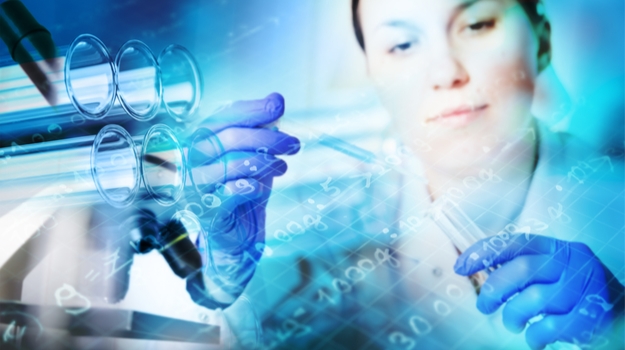 The Dangers of Cannabis Exposure During Pregnancy

Evidence is growing that cannabis exposure to developing fetuses is dangerous. New research out of the University of Western Ontario and Queen’s University definitively demonstrated that regular exposure to THC, the main psychoactive ingredient in cannabis, during pregnancy has a major impact on placental and fetal development. The research was published in the journal Scientific Reports.

“This data supports clinical studies that suggest cannabis use during pregnancy is associated with low birth weight babies,” said Dan Hardy, Associate Professor at Western’s Schulich School of Medicine & Dentistry and co-author of the paper. “Clinical data is complicated because it is confounded by other factors such as socioeconomic status. This is the first study to definitively support the fact that THC alone has a direct impact on placental and fetal growth.”

Working in laboratory rats, the researchers showed that regular exposure to a low dose of THC that would be equivalent to daily use of cannabis during pregnancy caused a decrease of 8% in birth weight and decreased brain and liver growth by more than 20%. They showed how THC prevents oxygen and nutrients from crossing the placenta into the developing fetus. THC caused a decrease in GLUT-1, a glucose transporter, with the result being the prevention of glucose to the placenta and the fetus. Glucose is a key nutrient. THC also caused a decrease in placental vasculature, suggesting decreased blood flow from the mother to the fetus.

The blood-brain barrier is designed to keep pathogens from infecting the brain. Overall, a good thing, but it also keeps the immune system from responding to infections and diseases, such as cancer. Investigators with Yale University developed a novel way to get around the brain’s natural barriers by leveraging the brain’s drainage system in the lymphatic system. They introduced VEGF-C, a vascular endothelial growth factor, into the cerebrospinal fluid of mice with glioblastoma, a type of brain tumor, and found an increased level of T-cell response to tumors in the brain. Combined with checkpoint inhibitors, the VEGF-C therapy extended the survival of the mice.

A new study suggests that targeting astrocyte calcium signaling could decrease the behavioral effects of amphetamine. Astrocytes, which have a star shape, are traditionally called support cells of the brain. However, this research indicates they have information processing activity and are involved in how organisms think and function. The researchers found that astrocytes respond to dopamine by increasing calcium in the nucleus accumbens, one of the reward centers in the brain. Astrocytes respond to amphetamine with increases in calcium. By blocking astrocyte activity, the amphetamine affect decreased in the mouse model.

Researchers at the University of Michigan identified a new circuit in the brain that appears to suppress eating, at least in mice. The gut-brain signal that suppresses appetite is turned on by a neuron that contains a calcitonin receptor (CALCR) that is in the medulla, in the hindbrain. When they inactivated the CALCR neurons, it interfered with the suppression of feeding by gut signals, but also caused an increase in food intake, making the mice obese. Activating CALCR neurons decrease the mice’s eating and they lost weight.

Investigators at Cardiff University identified a type of T-cell that appears to be able to attack a wide range of cancer cells, including prostate, breast, lung and others. They published their research in the journal Nature Immunology. They utilized genome-wide CRISPR-Cas9 screening to identify that a T-cell receptor recognized and killed most human cancer types by way of the monomorphic MHC class I-related protein, MR1, while leaving noncancerous cells untouched. It raises the possibility of a “one-size-fits-all” cancer treatment.

Scientists at the Broad Institute of MIT and Harvard tested about 4,518 drugs on 578 human cancer cell lines. They discovered that almost 50 had previously unrecognized anti-cancer properties. The drugs ranged from treatments for diabetes, inflammation, alcoholism, and arthritis in dogs.

The microbiome is the trillions of microorganisms that live in and on our bodies. They are increasingly being found to deeply influence our health. Investigators discovered that the lungs and placentas of fetuses in the womb, as young as 11 weeks after conceptions, have bacterial microbiome signatures, suggesting bacteria colonize the lungs before birth. The fetal lung microbiome also appeared to change in diversity during fetal development.

“We speculate that maternal-fetal microbial DNA transfer—and perhaps of other microbial products and whole live or dead bacteria—is a realistic possibility,” said Charitharth Vivek Lai, researcher at the University of Alabama at Birmingham. “This may serve to ‘prime’ the developing innate immune system of the fetus and help in establishment of a normal host-commensal relationship.”