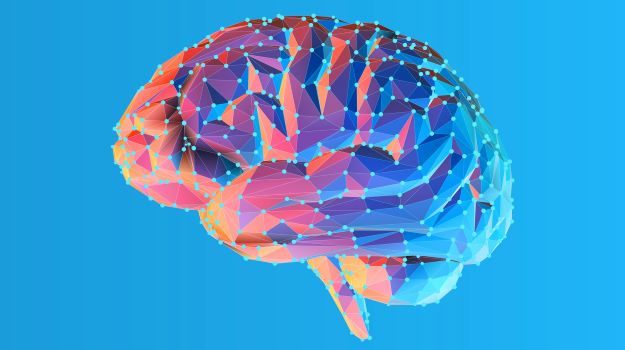 Investigators at Rush University Medical Center developed a “cognitive clock,” as a way of measuring brain health based on cognitive performance. They believe it can be used to predict the probability of memory and thinking problems associated with aging and diseases such as Alzheimer’s. They analyzed data from several long-term research projects conducted by Rush Alzheimer’s Disease Center (RADC), including the Rush Memory and Aging Project (MAP). The cognitive clock was developed from data from 1057 participants from MAP and the Religious Orders Study (ROS), which included older Catholic clergy from across the U.S., as well as the Chicago Health and Aging Project (CHAP). They published their research in Alzheimer’s & Dementia.

“We found that, on average, cognition remains stable until a cognitive age of around 80 years of age, then declines moderately until 90 then declines more rapidly until death,” said Patricia Boyle, professor in Rush Medical College’s Division of Behavioral Sciences in RADC and lead author of the study. “Further, we found that cognitive age is a much better predictor than chronological age of dementia, mild cognitive impairment and mortality. It also is more strongly associated with other aspects of brain health.”

Researchers at the University of Turku, Finland, demonstrated that a novel antibody treatment can reactivate the immune system in patients with advanced-stage cancer. The antibody is called bexmarilimab and was developed in collaboration with Faron Pharmaceuticals. It is currently in clinical trials. The antibody changes the function of the body’s phagocytes and allows for more activation of the immune system. The antibody treatment activated killer T-cells and lowered the suppressive potential of macrophage precursors in the blood. The subjects in the studies also demonstrated an increase of specific mediators of inflammation and certain types of white blood cells. Bexmarilimab appears to work by binding to the molecule Clever-1 found on macrophages and altering its function.

Scientists from the University of Bologna in Italy analyzed more than one million SARS-CoV-2 genome sequences and identified a new variant that has been spreading primarily in Mexico, but also in Europe. They have dubbed this so-called “Mexican variant” T478K. It appears to have a mutation in the Spike protein and they say it seems to spread at about the rate and speed of the so-called “British variant,” now called “Alpha” by the World Health Organization (WHO). The mutation is located in the region of the Spike protein that interacts with human receptor ACE2, which the virus uses to attach to and infect cells. So far, it represents 52.8% of all sequenced coronaviruses in Mexico, although only 2.7% in the U.S. that they sequenced. Only four cases have appeared so far in Italy, with some in Germany, Sweden, and Switzerland.

Researchers at the University of Texas Southwestern Medical Center found that increasing a protein concentrated in brown fat promoted insulin sensitivity and protected against fatty liver disease. This mechanism apparently remodeled white fat to a healthier condition. Type 2 diabetes has been associated with obesity, specifically excess white adipose tissue (WAT), resulting in elevated blood sugar and insulin resistance. A second type of fat, brown adipose tissue (BAT), can burn fat as a way to increase body heat in cold temperatures. They found that brown fat may potentially act as a protective factor against diabetes. They were studying perilipin 5 (PLIN5), a protein that coats lipid droplets inside cells. They genetically engineered mice that made extra PLIN5 in BAT, and the laboratory animals maintained much lower blood glucose concentrations and demonstrated higher insulin sensitivity in glucose tolerance tests compared to mice with normal PLIN5 levels.

The role of metals like potassium and calcium are well understood in the regulation of blood pressure. Now researchers at Larner College of Medicine at The University of Vermont discovered how another metal, zinc, influenced blood pressure. The researchers were actually studying the brain, not blood pressure, and were researching the impact of zinc-based drugs on brain function in Alzheimer’s disease. But they observed a significant and unexpected decrease in blood pressure in mouse models being treated with these types of drugs. They found that coordinated action by zinc within sensory nerves, endothelial cells and the muscle of arteries results in lower calcium levels in the muscle of the blood vessel. This causes the blood vessels to relax, which decreases blood pressure and increases blood flow.

A research team led by Newcastle University in the U.K. showed that a gene called HLA-DRB1*04:01 is found three times more often in asymptomatic COVID-19 patients than people with symptomatic disease. The study compared asymptomatic patients to patients from the same community who developed severe COVID-19 but did not present with underlying illnesses. They believe this is the first evidence of genetic resistance. It was published in the HLA journal.

“This is an important finding as it may explain why some people catch COVID but don’t get sick,” said Carlos Echevarria, co-author of the study, with the Translational and Clinical Research Institute, Newcastle University, who is also a Respiratory Consultant in the Newcastle Hospitals NHS Foundation Trust. “It could lead us to a genetic test which may indicate who we need to prioritize for future vaccinations. At a population level, this is important to us to know because when we have lots of people who are resistant, so they catch COVID but don’t show symptoms, then they risk spreading the virus while asymptomatic.”

The study collected samples from 49 patients with severe COVID-19 who had been hospitalized with respiratory failure, and samples from 69 hospital workers who had tested positive through routine blood antibody testing but were asymptomatic, and a control group from a research project into the relationship between HLA genotypes and the outcomes of joint replacement surgery. They then sequenced the different alleles of the HLA genes, which they analyzed using various models.