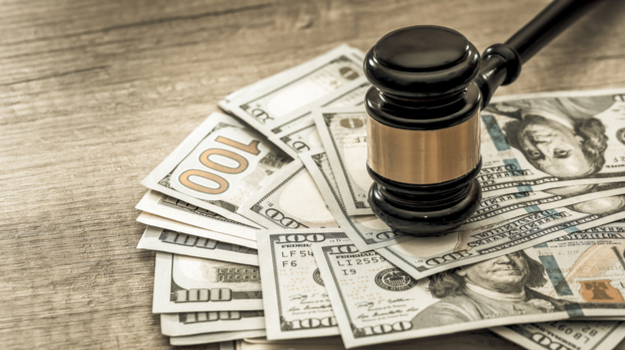 Embattled Purdue Pharma has agreed to pay $270 million to settle a lawsuit brought against the company over the marketing of its opioid painkiller OxyContin, according to reports.

Connecticut-based Purdue has settled the lawsuit brought by the state of Oklahoma, Reuters reported this morning. The company opted to settle after failing to win approval to delay the trial, which was set for May, Reuters said.

The lawsuit filed against Purdue points to the company’s aggressive marketing tactics used to gain wide-spread use of its pain killer. The state of Oklahoma had been seeking more than $20 billion in damages from Purdue, as well as other opioid manufacturers, such as Teva Pharmaceutical and Johnson & Johnson. According to Reuters, the $270 million settlement only covers Purdue, which means the state of Oklahoma can continue to target Teva and J&J. Those two companies could also attempt to reach a settlement with the state of Oklahoma.

The Oklahoma lawsuit had the potential to be a watershed moment in the opioid crisis. This particular case was likely to be the first to go before a jury, which would determine if the pharmaceutical industry was financially liable for the opioid epidemic.

While it appears the Oklahoma lawsuit against beleaguered Purdue is over, the company still faces numerous lawsuits over its opioid product. Including a highly contentious lawsuit in Massachusetts. Purdue’s legal woes have become so dire that the company has allegedly looked at filing Chapter 11 bankruptcy as a type of legal defense mechanism. Earlier this month Purdue hired the legal team of Davis Polk & Wardwell LLP for restructuring advice, which triggered concerns over the possibility of filing for bankruptcy.

Purdue is the subject of some 1,600+ lawsuits. The one playing out in Massachusetts has become something of a headache for Purdue as the state has attempted to place blame on the company for 670 opioid-related deaths in the state since 2009. The lawsuit against Purdue has also made sure to emphasize how critical the success of OxyContin sales was to the company’s bottom line. Earlier this month, Purdue filed a motion to dismiss the state’s complaint. The motion questions some of the accusations made by the attorney general’s office. Purdue said the state’s complaint is “replete with sensational and inflammatory allegations” and failed to meet its burden to “allege legally viable claims.”

Over the past few months, the company has made several moves to beef up its non-opioid offerings. In January, the company forged a partnership with Boston-based Alivio Therapeutics to use that company’s inflammation-targeting technology to develop a non-opioid pain treatment for patients with interstitial cystitis/bladder pain syndrome. Purdue and Ocular Therapeutix entered into a research collaboration to determine the compatibility of Purdue’s non-opioid new chemical entities with Ocular’s bioresorbable hydrogel-based technology in the development of non-opioid pain relief therapies. In the fall of 2018, Purdue struck a deal to acquire SpineThera, Inc, and its non-opioid asset SX600, a non-opioid epidural for lower back pain.