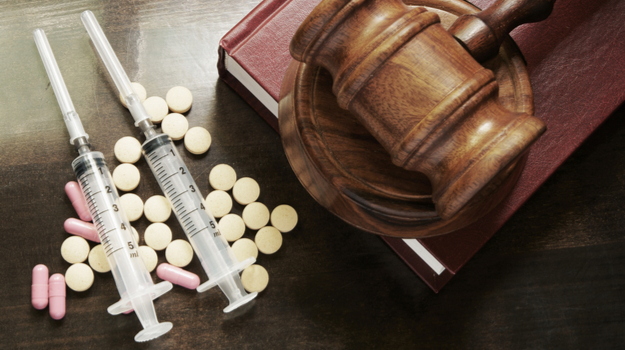 Purdue Pharma is seeking to dismiss a Massachusetts lawsuit filed by that state’s attorney general that has been highly critical of the company’s marketing of its opioid pain treatment OxyContin and has also placed blame on the company for 670 opioid-related deaths in the state since 2009.

On Friday, Connecticut-based Purdue filed a motion to dismiss the state’s complaint, which also pointed to how important the success of OxyContin was to the company’s bottom line. The multi-page motion raises into question some of the accusations made by the attorney general’s office. Additionally, the company called the allegations made by the state “a misleading narrative by grossly mischaracterizing Purdue internal business documents and emails.” In the motion, a copy of which was sent to BioSpace, the company pointed to several examples it called misleading and filled with hyperbole. The company said there are many false claims made within the state’s complaint, such as that Purdue Pharma created the opioid epidemic and that the company made choices that caused much of the opioid epidemic in the state. Purdue said the state’s complaint is “replete with sensational and inflammatory allegations” and failed to meet its burden to “allege legally viable claims.”

Purdue challenges several of the claims made in the complaint, including comments about Purdue’s abuse-deterrent formulation of OxyContin. The company said the report cited by the state explicitly recognized that the new formula for OxyContin, which was approved by the U.S. Food and Drug Administration in 2010, averted thousands of cases of abuse. In 2013, the FDA approved the addition of abuse-deterrent language on the label of OxyContin, the company said.

Another area of contention Purdue is challenging is the state’s claim that the company encouraged doctors to prescribe more powerful doses of OxyContin as a way to increase revenue for the company. In its motion, Purdue said it provides a number of dosing regimens so doctors can make the determination of what is best for a patient.

“Contrary to the Commonwealth’s allegations, Purdue consistently issued warnings about the potential, well-known side effects of the highest OxyContin doses. Purdue specifically instructed that a patient should start with a low dose and that the highest doses were appropriate only for opioid-tolerant patients. Indeed, OxyContin’s FDA-approved labeling has always contained warnings about increasing dose levels,” Purdue said in its motion.

In its motion, Purdue also took umbrage at the way it said former company president Richard Sackler has been characterized as “heartless.” The company said allegations that Sackler dismissed concerns over 59 overdose-related deaths as “not too bad, could have been worse,” was wildly taken out of context. The company said the email that the state refers to was discussing media coverage of the deaths and not the deaths themselves.

Additionally, Purdue also raised concerns over how the state calculated that OxyContin was one of the primary forces of opioid-related deaths. The company said the state’s own investigation of overdoses in the state show that illegal drugs are more likely than prescription opioids to be the direct cause of death in 83 percent of overdoses. Massachusetts concluded that heroin and fentanyl are present in the majority of opioid overdose deaths and thus are likely to be driving the increase in overdose, the company said in its motion.

“These are just a handful of the inaccuracies that appear throughout the Commonwealth’s Amended Complaint. If the Commonwealth had facts to support its narrative, it would have included them in the Amended Complaint. It is telling that the Attorney General’s office chose instead to resort to selective (and misleading) citation of Purdue’s internal business documents to attract media focus,” Purdue said in its motion.