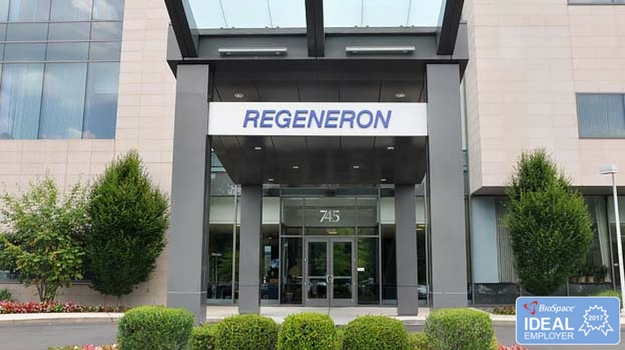 Diabetic retinopathy, which affects about eight million people, is the result of microvascular damage to the blood vessels in the retina related to lack of blood sugar control in diabetic patients. Regeneron’s Eylea inhibits vascular endothelial growth factor (VEGF), blocking the growth of new blood vessels and decreasing the permeability of the blood vessels. The drug is approved to treat wet age-related macular degeneration, macular edema following Retinal Vein Occlusion, diabetic macular edema and diabetic retinopathy in patients with DME.

“This is the first time a therapy has demonstrated it can reverse disease progression in patients with moderately severe to severe non-proliferative diabetic retinopathy without diabetic macular edema, in a trial specifically designed to study this population,” said George Yancopoulos, Regeneron’s president and chief scientific officer, in a statement. “Patients in the trial continue to be evaluated to determine if Eylea can prevent progression to neovascular vision-threatening complications or diabetic macular edema. We look forward to sharing one-year results later this year.”

The PANORAMA trial enrolled 402 patients. It had three treatment arms, an observational sham injection group and two Eylea treatment groups, with either three or five initial monthly doses. The trial looks at the patients every eight or 16 weeks for one year. In the trial, 58 percent of patients receiving Eylea showed a two-step or greater improvement in DRSS score from baseline compared to only six percent for the sham group.

Regeneron’s working hard to stay ahead of competitors, and so far doing a reasonable job of it. Novartis has brolucizumab (RTH258) and Roche has RG7716 in their pipelines for the same indication. John Carroll with Endpoints News, notes, “Regeneron, though, is fielding a full slate of new trials in a drive to stay out front, including a study of its own quarterly dosing regimen. Late last year, though, Regeneron and Bayer were forced to halt work on a next-gen combo to succeed Eylea after it couldn’t beat the standard bearer in a mid-stage study.

Novartis has projected that its brolucizumab will enter the market in 2019 and because of an easier dosing schedule compared to Eylea, will have a competitive advantage. But Regeneron isn’t sitting still, as today’s announcement indicates.

Carroll writes, “It’s hard to overestimate the importance of this drug to Regeneron. Even as the big biotech brings on new drugs with Sanofi, worldwide sales of Eylea hit close to $6 billion last year, dwarfing any income it earned from the rest of its portfolio combined.”

Regeneron expects to present full PANORAMA data at a meeting later this year, and plans to submit a supplemental Biologics License Application (sBLA) to the U.S. Food and Drug Administration (FDA) this year as well.

It also has a separate ongoing trial of Eylea in NPDR in patient without DME that is sponsored by the Diabetic Retinopathy Clinical Research Network.