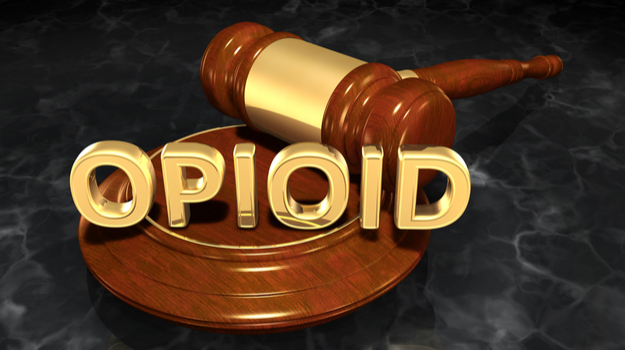 Another company has reached a settlement with the government over its role in the opioid crisis. Reckitt Benckiser Group has agreed to pay $1.4 billion to settle a U.S. investigation into the company’s sales and marketing of Suboxone Film, a product managed by its spinout company, Indivior.

In April, the U.S. Department of Justice indicted Indivior for its marketing practices of the opioid addiction treatment. The DOJ said Indivior made billions of dollars by “deceiving health care providers and health care benefit programs into believing that Suboxone Film was safer, less divertible and less abusable than other opioid-addiction treatment drugs.” Indivior, the charges allege, was able to encourage prescribers to prescribe the treatment “at high rates and in a clinically unwarranted manner.” Indivior has denied the charges, calling them “unsupported by either the facts or the law.”

Suboxone Film was approved by the U.S. Food and Drug Administration in 2010. Reckitt “demerged” with Indivior in 2014 but the company still benefited for years from the Suboxone Film sales, the government said. U.K.-based Reckitt, which is in the midst of a restructuring that includes a new chief executive officer, announced this morning that it would pay the $1.4 billion to “fully resolve” all federal investigations into the company in connection with the Indivior indictment. It also settles any state claims against the company relating to Medicaid programs, Reckitt said.

In its announcement this morning, Reckitt said it has acted lawfully at all times and “expressly denies all allegations that it engaged in any wrongful conduct.” However, the company’s board of directors determined that the financial settlement, which it stressed is a “non-criminal resolution,” is in the best interests of the company and its shareholders.

“It avoids the costs, uncertainty and distraction associated with continued investigations, litigation and the potential for an indictment at a time of significant transformation under RB 2.0 and during CEO transition,” Reckitt said in its announcement.

Reckitt had initially set aside $400 million to settle the investigation. This morning it said it will increase the provision to $1.5 billion in order to cover the settlement and any remaining litigation exposures. It will pad that settlement fund through existing borrowing facilities and cash generation, the company said.

Settling with the government will protect Reckitt’s participation in all U.S. government health programs, such as Medicare. In addition to prescription medications, Reckitt has a wide assortment of consumer products including Mucinex and Lysol cleaners.

The $1.4 billion is the largest opioid settlement in the U.S. Other companies, such as Purdue Pharmaceuticals, have also paid considerable sums of money to settle the thousands of opioid-abuse related lawsuits. In March, Purdue agreed to pay the state of Oklahoma $270 million to settle claims in that state. In May, Teva Pharmaceuticals agreed to a one-time payment of $85 million to the state of Oklahoma for its role in the opioid crisis there. Also in May, McKesson Corporation reached a settlement with the state of West Virginia. McKesson will pay $14.5 million to the state this year and an additional $4.5 million per year for the next five years.