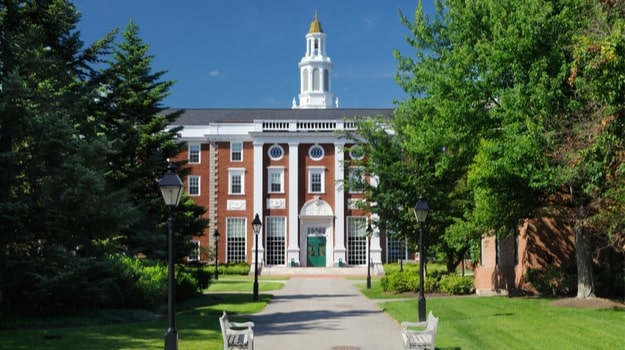 After his arrest in January, renowned Harvard nanoscientist Charles Lieber, who has been fighting federal charges for allegedly hiding financial ties to a Chinese government-run recruitment program, announced Friday that he expects Harvard to foot the bill for his criminal defense.

Lieber, the chair of the department of chemistry and chemical biology, has hired criminal defense lawyer Marc L. Mukasey to fight for him. Mukasey made a name for himself last year when he successfully defended a former Navy SEAL against murder charges. He’s also Eric Trump’s attorney.

Mukasey’s lawsuit claims the university is obligated under contract to indemnify Lieber in advance for legal bills linked to his university work.

“Harvard is cooperating with the United States attorney’s office in the prosecution of Professor Lieber. It is disturbing that Harvard acted solely in its own self-interest by turning its back on a dedicated faculty member who suffers from a terminal illness and who is presumed innocent. More importantly, it’s illegal,” the lawsuit said.

According to Mukasey, Lieber has follicular lymphoma, a form of blood cancer.

BioSpace spoke to Professor Randolph Hall, VP of Research from 2005-2019 at the University of Southern California, where he was responsible for research integrity, ethics and advancement.

In regards to Harvard’s decision to dissociate from Lieber, Hall said, “As university employees supported by federal grants, faculty are obligated to disclose their outside professional activity to their employer prior to entering into a conflicted relationship, as well as disclose outside relationships on grant proposals. The university must decide whether the relationship can be managed, and within what limits, or disallowed. Without disclosure and management, the faculty member may violate university policy, grant regulations and the law, for instance if intellectual property is stolen or if he or she is paid twice for the same work. These conflict of interest rules apply whether the outside relationship is in China, Europe or the United States, and do not depend on the ethnicity or citizenship status of the faculty member.”

“Payment of all of the costs of a robust defense would substantially, if not completely, deplete my financial resources,'' Lieber wrote in court papers. But the university denied Lieber’s request to pay his legal fees due to him allegedly misleading the school regarding his ties to the Wuhan University of Technology for years.

Disclosure is at the crux of the charges against Lieber. Andrew Lelling, the U.S. Attorney for Massachusetts and a member of the China Initiative steering committee, clarified that holding an affiliation with a foreign university or participating in a program like China’s Thousand Talents is not illegal. However, Lieber was engaged in cutting-edge work for which his research group received $15 million funding from the U.S. government since 2008. As a condition of such funding, he was required to disclose foreign ties. Not only did he not proactively disclose his involvement with China’s Wuhan University of Technology (WUT), but he lied about it when questioned by federal investigators in 2018.

In addition to the two counts of making false statements to federal authorities, Lieber also faces charges for two counts of making a false income tax return and two counts of failing to file reports of foreign bank and financial accounts with the Internal Revenue Service. In 2011, he had signed a contract with WUT appointing him their Strategic Scientist, for which he was paid up to $50,000 per month in addition to up to $158,000 for living expenses.

Despite the federal charges and his university turning its back, many of Lieber’s former students stand behind him and remain fiercely loyal, including virtually coming together in April to wish him a happy birthday and thank him for being their mentor. Fellow Harvard professor Stuart Schrieber also tweeted his support: “Charles Lieber is a high-integrity and brilliant scientist, amazing colleague, loving father and husband – and a fighter. ...Your Harvard colleagues and many, many supporters across the globe are in your corner and offer our love and support.”