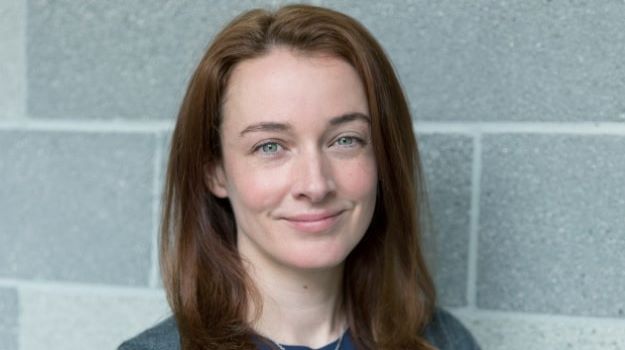 BioAge Labs presented new data in Nature this week demonstrating how its drug candidate BGE-175 (asapiprant) is uniquely poised to tackle age-related immune system decline that leads to disease progression. As the COVID-19 pandemic evolved to include multiple variants of concern, researchers at BioAge Labs sought to find a way to counter the immune system weakening seen in older patient populations as a way to prevent morbidity and mortality.

BGE-175 is currently being evaluated in Phase II trials to assess efficacy, safety and tolerability for patients over the age of 50 who are hospitalized with COVID-19.

In an interview with BioSpace, BioAge Labs Co-founder and CEO Kristen Fortney, Ph.D. described the pharmacokinetics of BGE-175 as a two-part mechanism that protects from lethal infection and decreases the viral load to enhance immune response. Digging further into the drug’s mechanism, the published data elaborates that BGE-175 works within the PLA2G2D-PGD2/PTGDR pathway as a PTGDR antagonist. To correct and reverse the effects that aging has on the immune system, the drug inhibits the PGD2 DP1 protein within this pathway, a target found through BioAge’s extensive age-related biomarker research.

The preclinical trial results involve 8-12-month-old mice that have been infected with a typically lethal, genetically-altered dose of COVID-19 virus derived from mouse lung tissue. This adapted version of the virus showed mutations that also arose as variants of concern in humans. It is also highly virulent, contributing to ideal research conditions.

The mice were treated with BGE-175 two days after infection. The waiting period allowed for the mice to incubate the virus, which mirrors the average treatment timeline of humans. With BGE-175 treatment, death was prevented in 90% of mouse subjects, whereas all control non-treated mice died.

The Phase II trial is geared toward COVID-19 patients over the age of 50 who are “at risk for respiratory failure." NCT04705597, a multicenter, randomized, double-blind, placebo-controlled study, is currently recruiting in the U.S. The primary endpoint is the proportion of participants that are able to avoid respiratory failure, which requires secondary ventilation efforts. Secondary endpoints sought are the proportion of participants that experience adverse events, oxygen saturation, quantifiable viral load amounts, oxygen supplementation, time under hospitalization, clinical improvement and overall survival. Additional clinical trials are being conducted internationally to capture a diverse data set.

The U.S. Centers for Disease Control and Prevention (CDC) reported statistics from May through August 2020 showing that 78% of fatalities linked to COVID-19 were for people 65 years old and over. A more generalized statement issued by the CDC advises that “immune function and defense against infection is impaired with aging.” This is attributed to “suboptimal T cell response, which resulted from a delayed migration of respiratory dendritic cells (rDCs) to draining lymph nodes”. BioAge hypothesizes this decreased immune response is linked to an age-related increase in PGD2, a prostaglandin that accumulates when infection occurs.

Although previous empirical data from 18 clinical studies in the U.S., UK and France support BGE-175 as a treatment for common allergies and asthma, further research sets the candidate up as a treatment for any disease or condition that would benefit from a proactive or reactive immune system boost.

The potential of BGE-175 extends far beyond COVID-19. Fortney proposes BGE-175 as a potential prophylactic candidate for pandemic preparedness, saying, “Imagine if everyone over the age of 50 had the immune system of a 20-year-old. That would have been a very different pandemic.”

In stark contrast to some of the antiviral and experimental treatments that are formulated when a novel virus panics the global population, she continued, “It’s one pill that they take every day… that’s something that would be easy to stockpile.”

The feature in Nature, co-authored by Stanley Perlman, M.D, Ph.D., pediatric infectious physician and professor of microbiology and immunology at the University of Iowa, supports BGE-175 as a preventative drug with broad implications, citing advantages over traditional antiviral medications.

Fortney said that BioAge’s unique research and discovery platform is based partly upon blood banks with which it has an exclusive agreement to receive data on healthy patients for up to 50 years. She went on to explain that each sample allowed for the use of machine learning and artificial intelligence to scan for age-related biological markers and establish correlations that could then go on to become topics of research. This was the case in identifying BGE-175’s therapeutic target.

While Fortney detailed that keeping up with research to represent the new variants of COVID-19 is a challenge, it seems the efforts have paid dividends, launching BioAge deeper into research for BGE-175 as a drug with multiple potential indications.