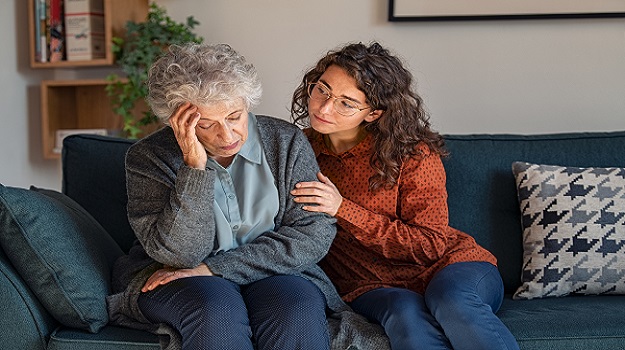 LX1001 is an adeno-associated virus (AAV)-based gene therapy that delivers the protective APOE2 gene into the central nervous system, helping to slow or potentially halt the progression of the disease in those with APOE4-associated Alzheimer’s by allowing for the expression of the gene.

APOE is a lipid transport protein that transports cholesterol in the brain, and those with the APOE4 genetic variant, especially those with two copies of the genes (homozygous), are at an increased risk for developing AD because the structure of the protein influences its ability to bind molecules that form plaques within the brain. Those with the APOE2 variant are at a decreased risk for developing AD, representing a protective factor for the progression of the disease.

Initial results from the Phase I/II clinical studies using the therapeutic in 15 AD patients with two copies of APOE4 showed that expression of APOE2 in cerebrospinal fluid was increased from baseline in all patients treated. Results also showed a decline in total tau and phosphorylated tau protein levels in patients treated which are biomarkers that reflect pathological changes in the brain of AD patients.

“Initial data have shown meaningful APOE2 target engagement and declines in cerebrospinal fluid biomarkers, which support our belief that LX1001 has therapeutic potential for APOE4-associated Alzheimer’s disease,” said Jay A. Barth, M.D., executive vice president and chief medical officer of LEXEO. “There is an urgent need for new treatments for this devastating condition, and we are extremely grateful to patients, their families and caregivers, as well as investigators who are participating in the trial.” Presently, there are no treatments approved as disease-modifying for AD.

The one-time treatment also shows an emerging favorable tolerability profile with no serious adverse events being reported throughout the median three-month follow-up data. Results from the second cohort of treated patients and an additional 12-month follow-up data from the first cohort treated are expected to be released in the second half of 2022 with LEXEO having plans to present such data at a future medical conference.

LX1001 was granted Fast Track designation by the U.S. Food and Drug Administration in April 2021, meaning the therapeutic has designated status that expedites its review and development to meet an unmet medical need.

Although LX1001 may be the first investigational gene therapy being evaluated to address the underlying genetics of AD, LEXEO is determined to make sure it isn’t the last. Currently in discovery stages are LX1020 and LX1021, similar therapies designed to target APOE4 and promote the introduction of APOE2 in patients with AD.

Because people who are homozygous for APOE4 are at such a high risk for developing the devastating neurological disease, other biopharmaceutical companies have also been working on similar therapeutics for the population of people with the genetic variant. Alzheon, in collaboration with the National Institute of Aging, is conducting Phase III clinical trials for its therapeutic ALZ-801 as the first oral disease-modifying treatment for AD, particularly for patients with homozygous APOE4. The drug, intended for use in early AD, shows promising results in preventing the formation of soluble amyloid oligomers, preventing the disease from forming brain-destroying plaques and tangles.