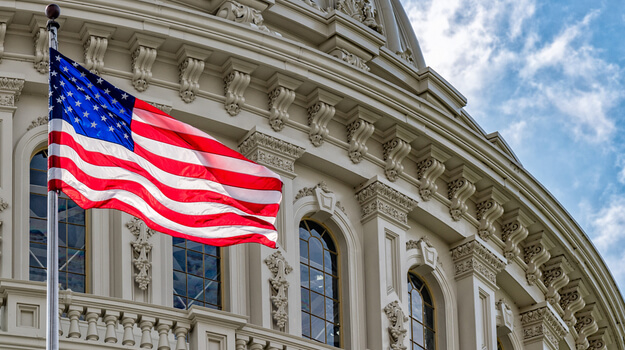 The U.S. Senate passed the Inflation Reduction Act on Sunday, with Vice President Kamala Harris casting the tie-breaking vote to settle the verdict, which was split 50-50 along party lines. The bill, which is expected to have wide-ranging implications for the pharmaceutical industry, will still need to go to the House of Representatives, but with a Democratic majority, it is expected to pass before the end of the week.

Among the bill’s key measures are spending on clean energy, increasing specific corporate tax rates and for the biopharma industry, actions that are designed to lower the price of prescription drugs. The biggest component allows the Secretary of Health and Human Services (HHS) to negotiate the prices for specific drugs each year for Medicare. This only applies initially to 10 drugs covered by Medicare in 2026 before increasing to 20 drugs in 2029.

Another measure that was originally in the bill would have forced drug companies to offer rebates if drug prescription prices outpaced inflation. Again, the parliamentarian ruled it out on the same basis. The bill did pass a cap of $2,000 on out-of-pocket prescription drug costs for Medicare recipients, but this will not go into effect until 2025.

In addition, there was a three-year extension on healthcare subsidies in the Affordable Care Act that was originally passed as a pandemic relief bill in 2021.

Insulin runs slightly under $100 per unit in the U.S., but that’s enormously expensive compared to $6.94 in Australia and $7.52 in the United Kingdom. Although the GOP killed the cap on insulin prices, the $2,000 cap on out-of-pocket prescription drug costs may provide some relief for diabetics.

At Merck’s quarterly conference call last week, CEO Robert Davis said the legislation on pricing would be “highly chilling on future innovation.” Michelle McMurry-Heath, president and CEO of the Biotechnology Innovation Organization (BIO), called the Medicare negotiation “misguided” and said it would “ultimately harm the very patients and seniors that lawmakers claim to be helping.”

CBS pointed out that “Dropping penalties on drugmakers reduces incentives on pharmaceutical companies to restrain what they charge, increasing costs for patients. Erasing that language will cut the $288 billion in 10-year savings that the Democrats’ overall drug curbs were estimated to generate - a reduction of perhaps tens of billions of dollars, analysts have said.”

Following the bill’s Senate passage, Senate Finance Committee Chair Ron Wyden (D-OR) stated, “For too long, Medicare has been forced to contend with Big Pharma with one hand tied behind its back - that ends when this bill is signed into law. I have been spotlighting how the drug pricing system is broken top to bottom. At last, the Senate has begun to redefine the relationship between Medicare and Big Pharma.”

It was about 20 years ago that Republicans passed legislation preventing the federal government from negotiating drug prices for Medicare. The Inflation Reduction Act reverses that. Rep. Frank Pallone (D-NJ), chair of the Energy & Commerce Committee, added, “It also penalizes Big Pharma companies for unfairly hiking prices on seniors.”

Pharmaceutical Research and Manufacturers of America (PhRMA) CEO Stephen Ubl was unequivocal in his reaction, calling the bill’s passage a “tragic loss for patients.”

“This drug pricing plan is based on a litany of false promises,” he said. “They say they’re fighting inflation, but the Biden administration’s own data show that prescription medicines are not fueling inflation. They say this is ‘negotiation,’ but the bill gives the government unchecked authority to set the price of medicines. And they say the bill won’t harm innovation, but various experts, biotech investors and patient advocates agree that this bill will lead to fewer new cures and treatments for patients battling cancer, Alzheimer’s and other diseases.”

Overall, the bill would raise about $739 billion in tax revenue, largely by establishing a 15% corporate minimum tax and providing more support for Internal Revenue Service enforcement. The current corporate tax rate is 21%, but through a loophole, many pay significantly less. For example, at its recent second-quarter filing, Moderna reported an effective tax range of about 11-13%.

The University of Pennsylvania’s Penn Wharton budget model argues the bill’s impact on inflation would be “statistically indistinguishable from zero” over the long term and could slightly increase inflation before 2024.

Moody’s Analytics, on the other hand, indicated the legislation would “nudge the economy and inflation in the right direction, while meaningfully addressing climate change and reducing the government’s budget deficits.”

Some critics also argue that the bill shifts money from the pharmaceutical industry, which saves and extends lives, to clean energy efforts, which only make energy more expensive (and arguably make the planet more livable). The current “megadrought” in the Western part of the U.S., which has gone on for 22 years, is the worst it's been in 1,200 years.