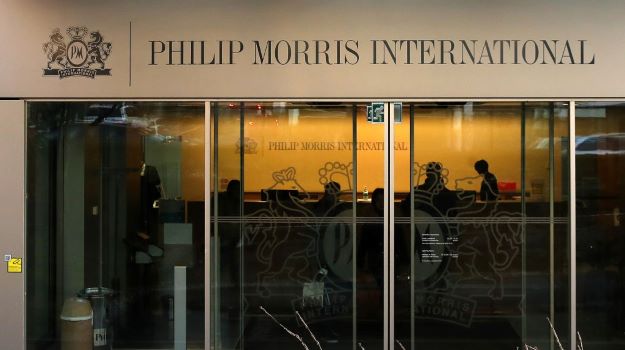 Shares of U.K.-based Vectura Group are up more than 13% in trading this morning after tobacco giant Philip Morris International announced it plans to acquire the company for $1.44 billion in cash.

Philip Morris, perhaps best known for its Marlboro brand of cigarettes, will acquire Vectura to gain access to its inhaled drug formulas to bolster its Beyond Nicotine strategy, which was announced earlier this year.

The acquisition of Vectura comes days after the tobacco giant agreed to acquire Switzerland-based Fertin Pharma for about $820 million.

Vectura specializes in developing inhaled medications for its pharmaceutical partners, which include GlaxoSmithKline, Novartis and Bayer. The company has helped develop 13 inhaled products currently on the market and 11 non-inhaled products, Philip Morris noted in its announcement. Last year the company generated revenues of about $245 million.

Philip Morris Chief Executive Officer Jack Olczak said the acquisition of Vectura positions the company to accelerate its Beyond Nicotine strategy by expanding capabilities in “innovative inhaled and oral product formulations in order to deliver long-term growth and returns.”

Under the new strategy, Philip Morris aims to provide smoke-free options for consumers by the end of 2025 as it looks to evolve into a broader lifestyle and consumer company. The company has a goal of reaching $1 billion in revenue by that date.

Additionally, the company aims to generate more than 50% of total net revenue from smoke-free products by 2025. Olczak said the Beyond Nicotine strategy is part of an ambitious plan to leverage the company’s existing expertise in inhalation into adjacent areas, particularly respiratory drug delivery.

“The market for inhaled therapeutics is large and growing rapidly, with significant potential for expansion into new application areas. PMI has the commitment to science and the financial resources to empower Vectura’s skilled team to execute on an ambitious long-term vision. Together, PMI and Vectura can lead this global category, bringing benefits to patients, to consumers, to public health, and to society-at-large,” Olczak said in a statement.

Under terms of the deal, Vectura will remain an autonomous business unit under the Philip Morris umbrella.

With the acquisition of Vectura, Philip Morris will gain access to Vectura’s proprietary technology and pharmaceutical development expertise that can deliver a broad range of complex inhaled therapies.

Between the acquisition of Vectura and Fertin, Philip Morris believes the two companies will be capable of creating a pipeline of prescription and over-the-counter drug products.

“With the addition of Vectura’s expertise in the inhaled therapeutics space, PMI and Vectura will have the opportunity to undertake together the development and eventual commercialization of innovative inhalable drug/device combinations,” Jorge Insuasty, chief life sciences officer at Philip Morris, said in a statement.