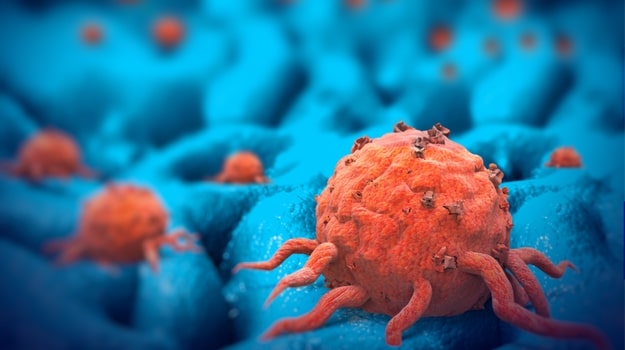 A novel prodrug to combat high-risk pediatric solid tumors is being developed by PEEL Therapeutics, Inc. The drug is expected to begin clinical trials pending the filing and approval of an investigational new drug (IND) application with the FDA.

According to a just-published study in Cancer Research, researchers found that it overcame important chemoresistance mechanisms in mice, enabling more drug to be delivered to the tumor with fewer side effects.

“The increased delivery and decreased toxicities of this drug may offer very important advantages to patients with solid tumors, including children and adults," Joshua Schiffman, M.D., PEEL Therapeutics CEO and co-founder, said in a statement.

The therapy, initially developed by researchers at Children’s Hospital of Philadelphia (CHOP), is a multivalent, polymer-based prodrug. The medicine, therefore, is inert until it is converted by the body into a pharmacologically active drug.

The active ingredient is a member of the camptothecin family, a powerful type of topoisomerase I inhibitors that promote cell death and destroy tumors. Camptothecins are found in the bark and stem of the happy tree – Camptotheca acuminate – and have been used in traditional Chinese medicine for millennia to treat cancer.

In Western medicine, camptothecins are key elements of such chemotherapies as irinotecan and topotecan. Although these drugs are used to treat high-risk pediatric tumors and pancreatic and colorectal cancers, they are largely ineffective against chemoresistant tumors. The problem is that conventional chemotherapy delivers only a small fraction of the drug to the tumor. That not only hampers the drug’s effect on the tumor, but also contributes to drug resistance and serious side effects, such as diarrhea, bone marrow suppression, and secondary malignancies.

To resolve that challenge, CHOP researchers developed a pharmacologically enhanced camptothecin derivative called SN22. For the therapeutic, four SN22 molecules were reversibly linked to a four-arm polyethylene glycol scaffold. This scaffold carries the drug to the tumor more effectively by extending the drug’s circulation time. After the payload is delivered, the carrier is fully eliminated by the body.

When SN22 was compared to SN38 (the active form of irinotecan/CPT-11), researchers found the prodrug “inhibited neuroblastoma cell growth regardless of ABCG2 expression levels.”

In many cases, four doses of SN22 caused the complete regression of the tumor. For mice with drug-resistant, orthotopic neuroblastomas, it caused remissions of more than six months in 80 to 100% of the neuroblastoma, Ewing sarcoma and rhabdomyosarcoma.

The remissions or complete tumor regressions were the direct result of the protracted exposure of the tumors to the drug and a mechanism of action that protects it from the enzymes that otherwise inactivate camptothecins. According to the paper, the prodrug accumulates in tumors 50 to 100 times more than irinotecan without causing toxicity or eliciting chemoresistance.

The CHOP researchers noted that, “SN22 achieved sustained intratumoral drug concentrations (that were) dramatically higher than those of SN38 at all time points.”

Lower toxicity levels in this preclinical study bode well for clinical trials, too. Whereas irinotecan led to elevated liver enzymes and altered blood counts, the SN22 prodrug did not, nor did it lead to any other adverse effects.

After analyzing the blood, researchers wrote, “There was no significant change in white blood cells, red blood cells, or platelet counts over 168 hours (7days) after a single therapeutic dose.”

This data suggests SN22 is less toxic and more effective than irinotecan, and did not unduly expose healthy organs to the active drug. It, therefore, may confer a worthwhile benefit in terms of prolonged duration in the tumor and decreased toxicity to other tissues. That could lead to a notable benefit for pediatric cancer therapy. CHOP researchers suggest physicians could use a “low and slow” therapeutic approach that exposes tissues to a low level of drug over long period of time, using less total drug to reduce the tumors.

"The results of our studies show that the cancer therapeutic we developed is highly effective in treating at least three different types of high-risk pediatric solid tumors with intrinsic or acquired drug resistance," Garrett M. Brodeur, M.D., director of the Cancer Predisposition Program at CHOP and co-senior author of the study, along with Michael Chorny, Ph.D., and Ivan Alferiev, Ph.D., said in a statement. "Given that this treatment is also likely to be much less toxic than most cancer therapies for these types of tumors, in addition to showing remarkable therapeutic effects against aggressive disease, we think these results warrant further exploration of the agent in clinical trials."