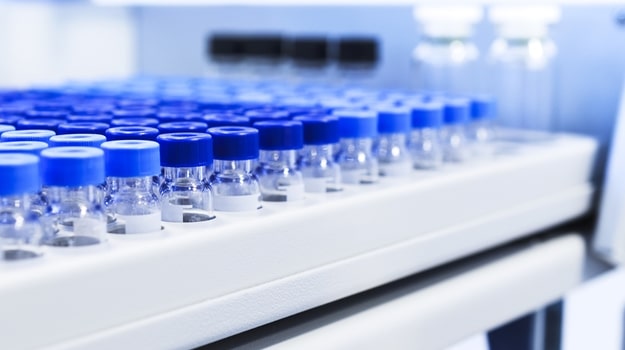 As several vaccines against COVID-19 speed their way through Phase III clinical trials, the companies and partners have been focusing on scaling up manufacturing “at risk,” meaning they’re making the vaccines without knowing if they are safe enough and effective enough for approval. The plan is that when and if they are approved, they will be ready and available for distribution. Another component of that plan fell into place with the selection of McKesson Corp. to help distribute the vaccines under Operation Warp Speed on Friday.

“Today’s announcement puts another building block in place as the Nation moves toward a safe and effective COVID-19 vaccine,” stated Robert Redfield, director of the U.S. Centers for Disease Control and Prevention.

McKesson already had a vaccine distribution contract with the U.S. government starting in 2017. It has had similar contracts earlier, such as for the distribution of the H1N1 vaccine during the 2009-2010 pandemic. The 2017 contract was part of the CDC’s Vaccines for Children Program (VFC), which was awarded to the company in a competitive bidding process in 2016. It included an option for distribution of vaccines in the case of a pandemic.

McKesson is the largest distributor of seasonal flu vaccines in the U.S.

Currently there are three potential vaccine candidates in the U.S. in Phase III clinical trials: Moderna’s mRNA-1273; Pfizer and BioNTech’s BNT162; AstraZeneca and the University of Oxford’s ChAdOx1 nCov-19.

“McKesson is committed to supporting public health in the U.S. and around the world,” said Brian Tyler, chief executive officer of McKesson. “Since the onset of the pandemic, McKesson has leveraged our deep expertise to help maintain the integrity of the healthcare supply chain, source and distribute personal protective equipment to frontline workers and stand up COVID-19 testing at Health Mart pharmacies, many in underserved communities. We are honored that the U.S. government has asked McKesson to play a key role in the effort to distribute COVID-19 vaccines.”

McKesson will act as a central distributor of the vaccines and related supplies. It is not completely clear how distribution will be handled. The U.S. military is involved in distribution. In addition, several of the top vaccine candidates require storage at extremely low temperatures, such as -112 degrees Fahrenheit.

“In terms of infrastructure, we need as much cold chain equipment and ultrafreezers as we can lay our hands on,” Prashant Yadav, a senior fellow and medical supply chain expert at the Center for Global Development in Washington, DC, told USA Today.

Historically, the CDC has coordinated overall vaccine distribution. Operation Warp Speed, however, had indicated that the Department of Defense will be handling that aspect. McKesson will apparently work with the CDC to transport the vaccines to sites where they will be administered.

The U.S. Health and Human Services (HHS) announcement of the McKesson contract indicated, “Detailed planning is underway to ensure rapid distribution as soon as the FDA authorizes one or more vaccines. Once these decisions are made, McKesson will work under CDC’s guidance to ship COVID-19 vaccines to administration sites.”

So far, Operation Warp Speed has spent more than $9 billion to support vaccine development and testing.

Although there is no guarantee any of these vaccine candidates will be approved, Phase I and II data have been promising and the three big players and several other international efforts may have enough data for either an Emergency Use Authorization or regulatory approval before the end of the year. Some have speculated that a vaccine will be approved by October or November, but even in those best-case scenarios, there will probably not be enough vaccine manufactured for broad administration. That will likely take until early to mid 2021.