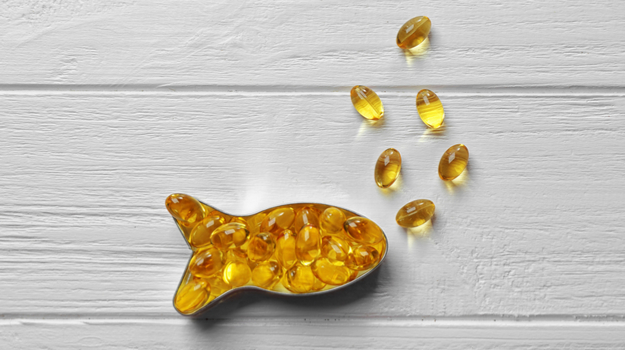 Physicians have long recommended fish oil to patients with high cholesterol and triglycerides, even though the scientific studies on it are mixed. Amarin Corporation, with offices in New Jersey and Ireland, developed a drug called Vascepa, which derives from a purified component of fish oil called eicosapentaenoic acid (EPA). The drug has already been approved to treat patients with triglyceride levels higher than 500 milligrams per deciliter, triple normal levels. Despite that, there was skepticism among physicians whether the drug—and fish oil in general—really led to lower cardiovascular issues, including heart attacks and strokes.

That appears to have been settled. In the company’s REDUCE-IT clinical trial of 8,179 statin-treated adults with increased risk of cardiovascular problems, the drug showed a 25 percent relative risk reduction in major adverse cardiovascular events compared to placebo. In premarket trading, company shares roared, jumping about 163.6 percent.

“We are delighted with these topline study results,” said John F. Thero, president and chief executive officer of Amarin, in a statement. “Given Vascepa is affordably priced, orally administered and has a favorable safety profile, REDUCE-IT results could lead to a new paradigm in treatment to further reduce the significant cardiovascular risk that remains in millions of patients with LDL-C controlled by statin therapy, as studied in REDUCE-IT.”

Sekar Kathiresan, director of the Cardiovascular Disease Initiative at the Broad Institute and the Center for Genomic Medicine at Massachusetts General Hospital, wasn’t as restrained. Kathiresan told Forbes, “‘What??!!! Fantastic! Wow! That’s awesome! Such great news for patients!”

Fish oil pills use much lower doses. Also, few similar drugs have been able to significantly reduce heart attack and stroke risk on top of cholesterol-lowering drugs like statins.

In the trial, patients who were given four grams of Vascepa had a 25 percent lower risk of cardiovascular issues, including heart attack, stroke, a heart procedure for a clogged artery, or chest pain requiring hospitalization, compared to patient on placebo.

The company expects to present full data at the American Heart Association meeting in November. Matthew Herper, writing for Forbes, notes, “One concern was that the mineral oil placebo might interfere with the effectiveness of cholesterol-lowering medicines in the placebo group. But even if it exists, that effect is ‘not likely to be large enough to negate the results of the study,’ says Steven Nissen of the Cleveland Clinic, who is running a study of a rival fish-oil-derived drug for AstraZeneca.”

In addition to being good news for Amarin, the results suggest that some of the thinking about cholesterol and triglycerides may not be accurate, although more studies will need to be conducted for a definitive conclusion to be drawn.

Physicians have focused on the so-called good cholesterol, high-density lipoprotein, HDL, which was suspected of offering protection against heart attacks. Biopharma has invested heavily in drugs that boosted HDL, none of which worked. Companies involved in this include Pfizer, Roche and Merck. But drugs that lowered triglycerides, another type of fat found in the blood, seemed to have a positive effect on heart disease, but weren’t conclusive.

Recent research by Brian Ference of the University of Cambridge suggested another protein, ApoB, might be involved in both high triglycerides and high LDL.